When it comes to Rookie of the Year contenders, during the 2014 season, all eyes were on the Indian Chief Vintage motorcycle. The classic tourer combined grace and heft to make waves as a heavy hitter that was here to stay.

Want to trade for an Indian Motorcycle? Get your free cash offer and use it as a motorcycle trade-in value. 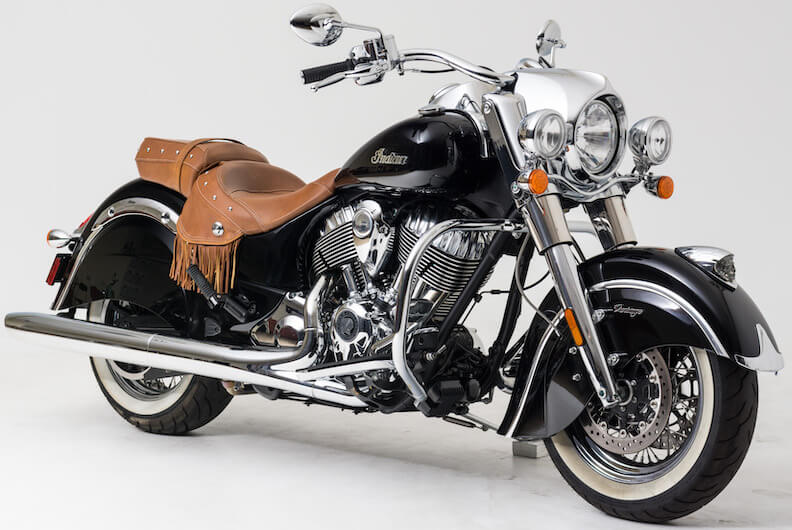 The Chief Vintage was made in traditional styling that has been seen throughout the history of Indian Motorcycles. Its nod to its forefathers and the champions who came before were evident in the distressed leather seat and saddlebags, the throwback styling of the fenders, the lighted War Bonnet on the front fender, the stylized badging, and careful details on the reservoir covers and knobs.

Every bit of old-school styling that was painstakingly put into the 2014 Chief Vintage certainly gains attention, but this rookie was also born to perform. The 111 cubic inch Thunder Stroke engine is just as powerfully beautiful as it is a joy to listen to. This big bike is a stunner, which is why we name this heavy hitter as 2014’s Rookie of the Year.

Check out the highlights from the Indian Chief Vintage rookie season, and let us know what you think about this bike in a comment! 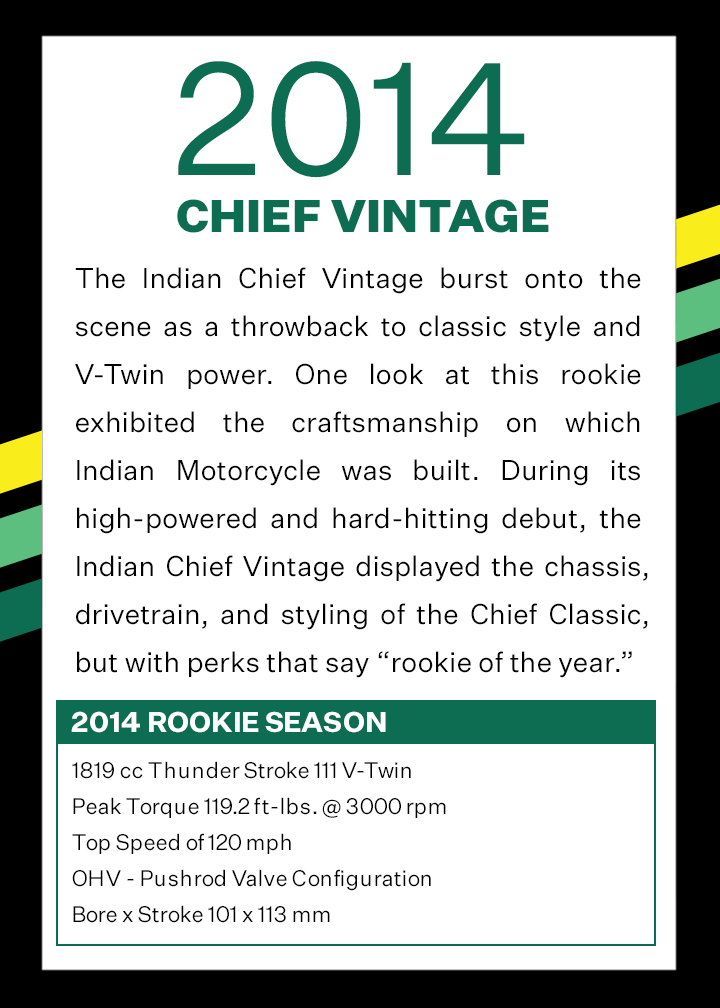