Every year, companies release new motorcycles that are faster, smoother, and more fun to ride. The motorcycle industry includes so many different bikes that manufacturers have a lot from which to learn. This competition sparks a lot of creativity, whether in off-road dirt bikes, cruisers, touring or sport touring bikes.

The year-over-year improvements for the new bike models coming out from some leading manufacturers are quite impressive this year. Technological advancements lead to more horsepower and fresh features, while 2021 motorcycles are even lighter and cheaper than before. Let's take a deeper dive at some of the most anticipated bike releases in our 2021 motorcycle preview.

The entry-level model of the Ducati Monster isn't so "entry-level" anymore. The Monster is replacing the 797, 821, and 821 Stealth in the manufacturer's new motorcycles.

There will no longer be a trellis frame. Ducati has replaced it with quite the minimalist approach to the front frame design. The Monster 1200 models will still have the Front Frame, though. The Ducati Monster includes an upgraded engine with 111 horsepower, all while weighing 40 pounds lighter than the version before it. 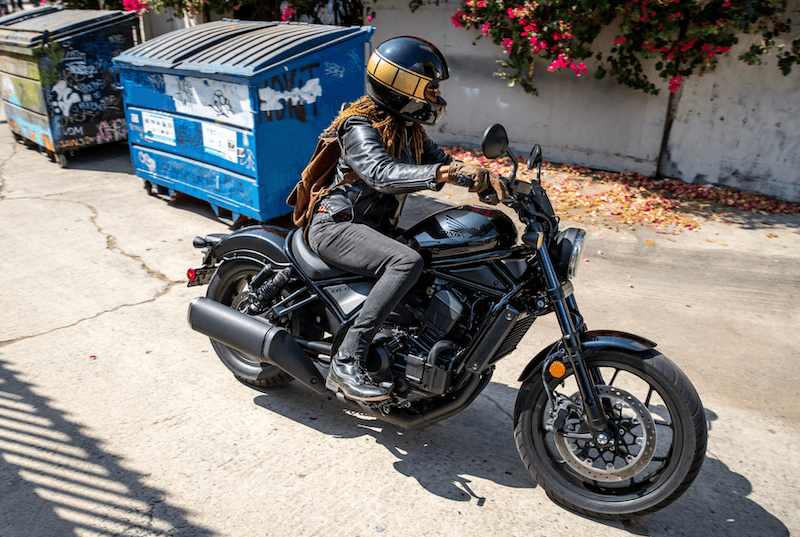 The most significant new feature of the 2021 Honda Rebel 1100 is the Dual Clutch Transmission. It'll be a welcome feature for those who haven't yet mastered the clutch. Traditionalists can rest assured that there is still a six-speed version that's fully manual. The Rebel 1100 features a 1084cc engine with a Unicam design. The crank emulates a V-twin pulse by firing off at 270 degrees.

This version of the Rebel is more compact than some other 2021 motorcycles but is very similar in size to the Rebel 300 and Rebel 500. Braking has been upgraded, working off a disc in the front that is 330mm. Best of all, Honda found a way to keep both the standard and DCT versions under $10,000.

Yamaha has entered the sport-touring fray with the all-new Tracer 9 GT. This bike is an entirely new 2021 motorcycle, from the electronics to the motor to the chassis.

The cross-plane configuration of the engine will deliver the power that is distinctive of other Yamaha models. It has an 890cc engine, yet new fuel technology has increased its mpg to 49.

Gone are the throttle cables, and in its place is a combo of a gear, spring, and slider that will give this bike a traditional throttle feel. Yamaha uses this combo on its YZF-R1M superbike as well. There are four drive modes, which allow riders to choose how they want to ride. You can go all the way from ultra-aggressive to a smoother ride.

Don't be concerned when you ride this bike, as the company designed the engine to sound different. There are three new intake ducts that each have a unique sound as you rev the engine.

A new aluminum frame is the main physical feature of Honda's blend of contemporary and traditional. This new 2021 bike is simply beautiful to look at. It's sleek and draws your eye right in from the moment you see it. Honda has even created a new blacked-out model that makes side panels, radiator protectors, fly screens, and other parts blacked-out

A lot of the changes to the 2021 model are in its appearance. But, some parts did get a makeover so that they're smaller than they once were. This bike isn't all looks, though. It still kicks out 143 horsepower with its six-speed transmission with an optional up and down quick shifter.

Harley-Davidson enters the adventure bike market with this new motorcycle model. It's taking on competitors such as BMW directly. This new Harley bike debuts a V-twin feature, which the company is calling the "Revolution Max." It's a liquid-cooled V-twin that will produce more than 145 horsepower and 90 pounds-per-foot. The BMW R 1250 GS Adventure, by contrast, offers 136 horsepower and 105 pounds-per-foot.

The Pan America will have all the typical features of off-road adventure bikes such as an adjustable windscreen, luggage racks, crash bars, and a skid plate. You can join the full reveal set for February 22nd to see everything offered.

So Many Bikes to Look Forward to in 2021

This year has been a challenging one for people and companies from all over the world. Luckily, there is a lot to look forward to in 2021 with so many new bikes. Many of these motorcycles aren't just refreshes of years past, either. There are many new bikes that are entirely out of character for the companies that are making them. Which bike release are you most looking forward to?