For more than four decades, this beloved tourer has graced the open road, and it hasn’t lost steam yet.

For any road warrior with an ambitious side, the Honda Gold Wing might just be the motorcycle you’re looking for. Equipped to take riders well beyond the distance, the Gold Wing has transformed over the years into one of the most reliable touring machines in America and the world over. 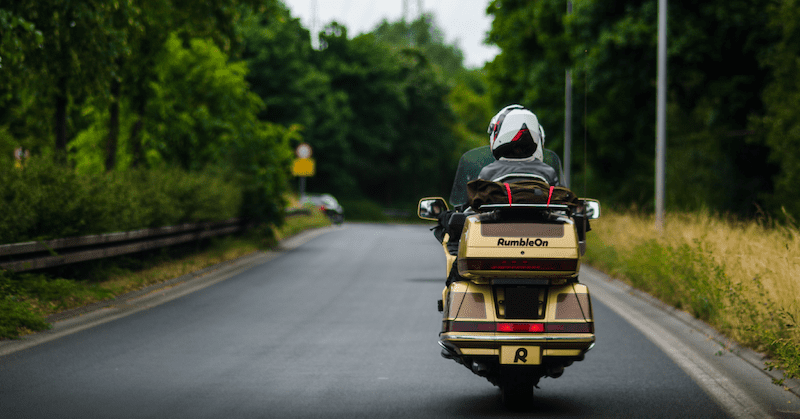 We believe in ease and convenience when it comes to finding your dream ride, which is why you can find practically any motorcycle for sale in our online inventory. Get started now!

Large, comfortable, and by all means powerful, the Honda Gold Wing is in its sixth generation, and I predict there will be plenty of room for growth down the road (no pun intended).

I’ll admit, it was difficult to narrow this list down to just three models, but I think the three I’ve chosen highlight just what makes the Honda Gold Wing one of the best touring motorcycles around. Take a look:

As CycleWorld.com so eloquently put it, “evaluating any motorcycle today means first determining what that motorcycle was meant to do,” and the 1975 Honda Gold Wing GL1000 was designed to be one of the best bikes ever built. After deciding the Honda CB750 wasn’t equipped for the newly-emerging market in America—i.e. long-distance motorcyclists—Honda released the GL1000 in 1975; it was arguably the first bike of the entire touring class. In addition to being affordable, this machine offered comfort, endurance, little maintenance, and a quiet, torquey engine, making it nearly comparable to more expensive brands like Harley-Davidson and BMW.

The Honda GL1000 allowed bikers to customize their ride to fit their needs exactly (the most common mods being aftermarket luggage and front fairings), and they were quickly on their way to cruising the roads for hours on end, in smooth and comfortable silence.

You wouldn’t think much could change in just six years time, but then again, Honda is full of surprises. Continuing the line’s themes of power and comfort, the 1981 GL1100 Gold Wing Interstate tourer was designed to be a touring bike and nothing else, according to CycleWorld.com. With air-assisted suspension at the front and rear, the liquid-cooled GL1100 with shaft drive, was equipped to carry accessories galore. And even though consumers scoffed about the bike’s likeness to a two-wheeled car, they were buying GLs by the thousands.

Though the Gold Wing faced competition from Japan in the form of the Suzuki GS1000, the GL1100 was an admirable response to a growing market for full-dress tourers. The new engine featured alterations that emphasized torque over horsepower, and the longer wheelbase and increased fuel and rider/passenger capacity made the ‘81 GL1100 Interstate a go-to for touring fanatics.

One year after the world was supposedly coming to an end, Honda released the 2001 GL1800 Gold Wing, the beginning of the brand’s fifth generation of GW tourers. Following the introduction of the BMW K1200LT, which claimed a spot in Cycle World’s “Ten Best Winning” in 1999, Honda came out guns ablazing with the totally new GL1800. The machine’s new bodywork appealed not only to riders looking for extreme comfort over the long-haul, but also to Gen X’ers who valued style first and foremost (in fact, the GL1800’s chassis is highly reminiscent to that of a sportbike).

This touring legend not only featured a horizontally-opposed, liquid-cooled engine that was 312cc larger than its predecessor’s (the ‘88 GL1500), it also came with optional ABS braking and “extensive technological innovations” that called for 20 patents before going to market. Boasting sportier acceleration and handling, the 2001 Honda GL1800 Gold Wing has proven it’s down to play.

It’s never been easier to shop used motorcycles for a Honda Gold Wing for sale until now, and RumbleOn has the inventory and technology to prove it. You can even opt for a motorcycle trade-in and get your best trade-in value in just 15 minutes! At RumbleOn, there are no hassles, no headaches, and, best of all, no time wasted at the dealership. When I decided to trade in my motorcycle, the choice was easy. Buy a motorcycle online or trade in motorcycles with RumbleOn today!