There are plenty of celebrities who glorify the biker life and are really convincing. However, they are nothing more than posers. But there are some actual riders out there, and are not just talking the talk. Whether artists, musicians, actors, or athletes, there are plenty of stars who really are celebrity motorcycle riders. I narrowed it down to my top five favorite celebrities who ride motorcycles in real life and are proud of it.

Of course I have to start with the man behind the most badass show on the planet. As the creator/executive producer of Sons of Anarchy, Sutter had better walk the walk and ride the ride if you know what I mean. A self-proclaimed “smartass with a big mouth and without filters,” Sutter has a passion for motorcycles and somewhat of a wild reputation. He mixed his real-life experiences with love for the ride and spun it all into a masterpiece. SOA was one of the most addicting TV series of all time and rightfully earned around 10 million viewers. 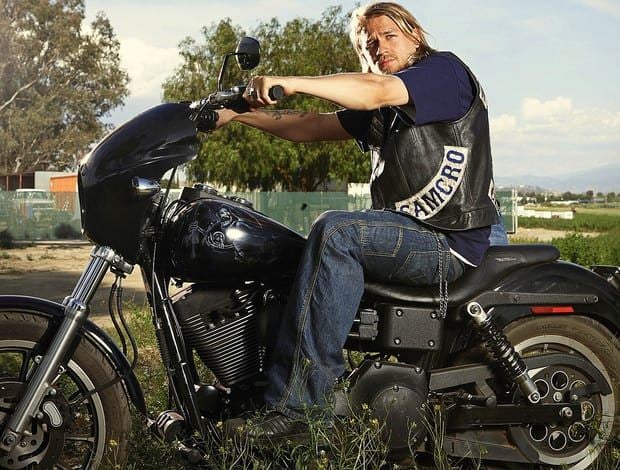 While we’re talking about Sons of Anarchy, Charlie Hunnam, who played Jax Teller, is an avid motorcyclist and not just another one of those poser celebrities on motorcycles. “I ride the same bike that I rode on Sons,” he said. “A Harley Dyna Super Glide. You know I wish I wasn't the guy who rode the same bike he rode on his show, but the problem is there's no better bike out there.” True words, Jax. True words.

While I'm reminiscing, here he is in the SOA series finale trailer. 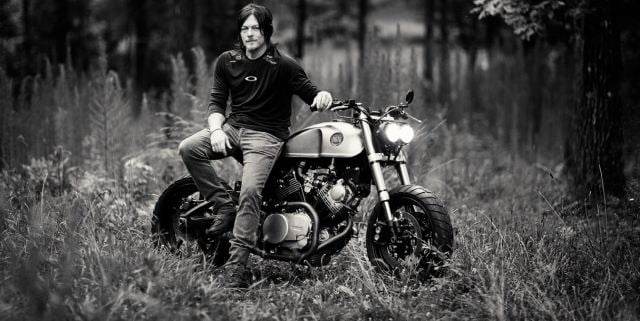 When he’s not destroying walkers with a crossbow during the zombie apocalypse, Norman Reedus is most likely on a motorcycle. In fact, the “Walking Dead” and “Boondock Saints” star has turned motorcycles into part of his identity. Reedus’ current AMC series, Ride with Norman Reedus, showcases his love of the ride as he crisscrosses the country on the back of a bike.

Norman Reedus is such a die-hard motorcycle fan; he caught the eye of the most awesome die-hard biker dog. You see, his number one fan is Harley Rose, the dog who loves to ride motorcycles. 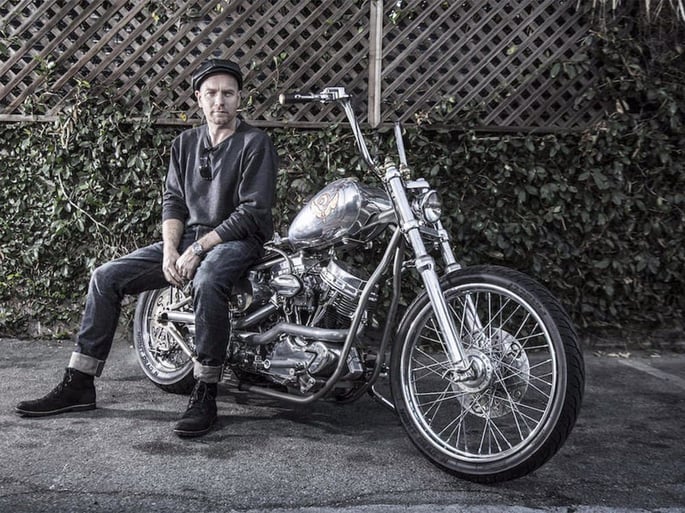 Obi-Wan Kenobi on a motorcycle instead of a Jedi Starfighter? Who’d have thought? No, seriously though, McGregor’s passion for motorcycle predates his Star Wars legacy by a longshot. McGregor’s 2004 mini-series Long Way Round showcased his adventures around the world on a three-month motorcycle trip. The Scottish actor owns dozens of bikes and has quite the collection— an Indian Larry chopper, a 1956 Sunbeam S7, and, what he calls “one of the most beautiful bikes ever built,” a 1972 Moto Guzzi V7 Sport. In 2020, McGregor and Charley Boorman traveled 13,000 miles around Central and South America on Harley Davidson Livewires for Long Way Up..

“I’ve never gotten over motorbikes since the first time I rode one,” he says. “Whether it’s just dawdling along enjoying the view or having your heart in your mouth on every corner, it certainly beats the hell out of jumping in a car.” 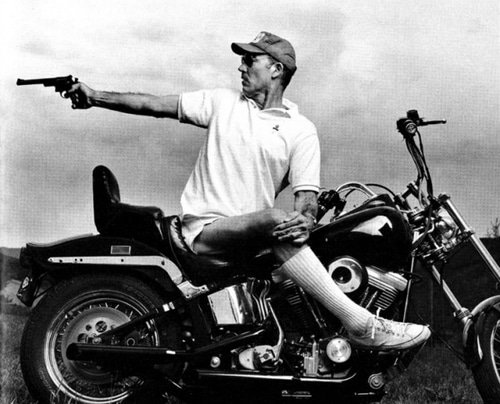 Here's a special postmortem exception for this list because, honestly, I'm a big fan. Known as one of the greatest writers of the 20th century, Hunter S. Thompson regularly gave us all an unforgettable, albeit sometimes strange, look into American culture. Along with whiskey, hard drugs, and guns, he also enjoyed motorcycles. He didn't just write about them.

In 1966, Thompson published "Hell's Angels: The Strange and Terrible Saga of the Outlaw Motorcycle Gangs" after spending a year with the Hell's Angels. He drank with them, he rode with them, he fought with them, and, he admitted he was "slowly absorbed into the culture" of the Angels. However, Thompson soon found a love for the speed of cafe racers. This excerpt from Thompsons' “Song of the Sausage Creature” sums it up pretty well:

"There are some things nobody needs in this world, and a bright-red, hunch-back, warp-speed 900cc cafe racer is one of them -- but I want one anyway, and on some days I actually believe I need one.
That is why they are dangerous... "
It was hard to narrow this down to just five celebrities who ride motorcycles. So, I want to know...who's your favorite bike-lovin' celebrity? Leave a comment!

Trade in a motorcycle the easy way online, get your free cash offer.

Want to trade for a new ride? Use your cash offer as an online motorcycle trade-in value!