What are your current Norton motorcycles?
I have my race bike, a heavily modified 1972 Norton 750 Commando short stroke and my street cafe racer, a 1971 Norton Commando.

How did you get into riding motorcycles?
I got into riding bikes when I was 19. A friend of mine got a 450 Honda and I just had to get a bike myself, it seemed like too much fun and too cool. I picked up a 1980 Honda CB400F and promptly wrecked it into a car. In short order I pi

cked up a 1983 Suzuki GS550ES and, in short order, wrecked that into another car, this time badly breaking a femur. I took a few years off riding after that, but the hook was set. I picked a new Harley Davidson in 1989, followed by a 1951 hand shift Panhead I drove all over for 3 years.

I saw a cafe racer Norton Commando in a bike collector friend's basement and just had to have one. It evolved into a track day bike, and then soon, into an all out vintage racer. I ended up racing for 20 years, winning at Daytona, Mid-Ohio, Barber, Mosport, etc. and having a few crashes along the way. My last race was in 2018 at Mosport and can be seen on my Youtube.

What inspires you to ride?
I love that freedom of being out on my bike, especially on the race track. I love racing my Norton and the thrill of competition. A green flag on an open track is paradise for me. I really only ride on the street occasionally. 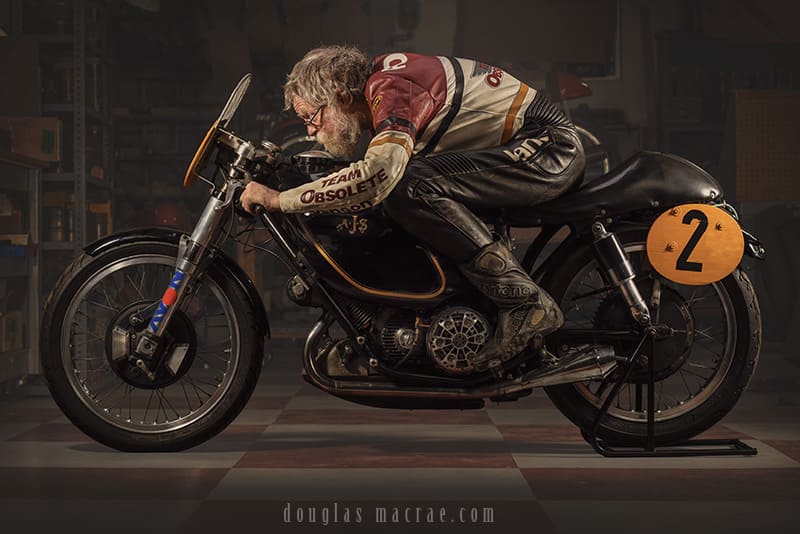 How did you get into photographing motorcycles?
I split my time between art and photography and really just fell into shooting what I love, which is travel and motorcycles.

What would your top tip be for someone getting into riding?
Learn how to use your front brake. In 20 years of racing, I only ever touched my rear brake if I ended up on the grass, but your front brake has a tremendous amount of stopping power if you know how to use it.

Tell us about the most exciting adventure on your bike.
Winning at Daytona was pretty cool, being up high on the banking flat out; it wound up being a long day. I bumped up into another class an hour later and was on the west banking doing 130 mph when I sheared a rod bolt in my motor, blowing my crankcase to pieces, and got thrown off the bike. I was knocked out for 20 minutes and broke 3 vertebrae in my back. I woke up in the Halifax medical Centre, opposite Daytona, taped to a board. Within 5 months I was back on track and actually had two more nasty get offs that year. 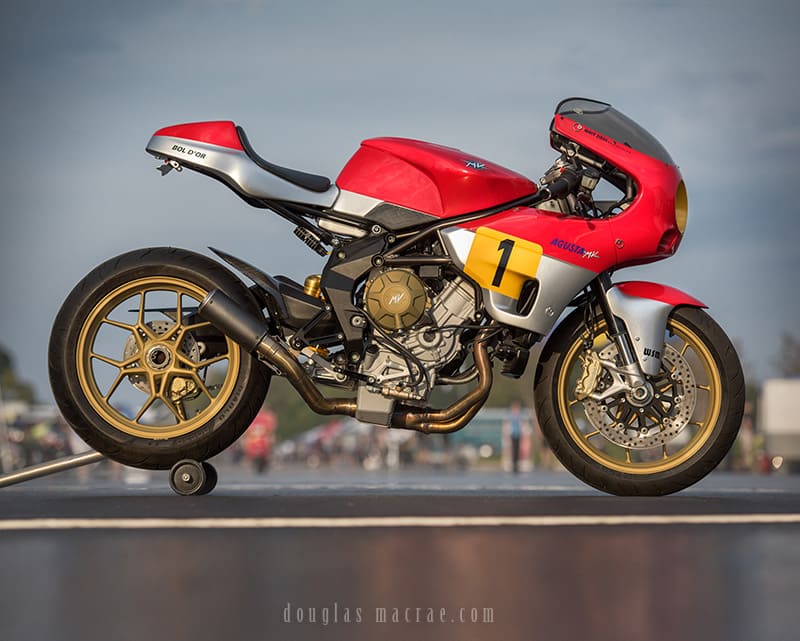 What does being a part of the motorcycle community mean to you?
I love the camaraderie of riding with other like minded bikers, especially the close competition on and off the track, who force me to push myself to my limits. I can't race anymore now, because I woke up one morning in February 2019 and could no longer see properly. It turned out to be GBM brain cancer that had destroyed part of my sight. They gave me 14-18 months, but apparently I don't know when I am supposed to die as I seem to still be here. I did parade laps at Mosport last year on a Team Obsolete 1967 MV Agusta triple, that was good fun. I had previously raced their 1976 spec MV 500 four, which was a real thrill.