Motorcycles for Women: Celebrities Who Ride

Motorcycles for women: Celebrity Women Bikers Who Live to Ride

We have to admit, when it comes to lady bikers, there aren’t many of us. But what we lack in numbers, we make up for in passion. The gals who ride, are some of the most close-knit, foxy, and loyal ladies around and there’s no debating that.
That being said, here are my five favorite biker babe celebrities who rock the riding lifestyle. I want to know...who's your favorite bike-lovin', famous female motorcycle rider? Are they as historic as the famed Bessie Stringfield? Or as hip as the spunky pop star, Pink? Leave me a comment and let me know!

Want to trade for a new ride? Use your cash offer as a motorcycle trade-in value! 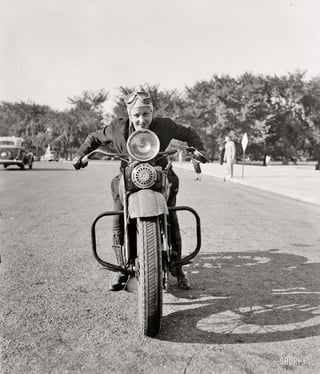 Ok, ok. I get it. She's not a "celebrity" in the typical 21st-Century-paparazzi sense, but this chick is famous for all the right reasons. I made an exception to add Sally Robinson to this list because, well, we are able to ride today because of her. Back in the dark days, women weren't able to ride a motorcycle or get their license. Hell, we were barely able to vote. But since tiny Sally stomped her foot and called bullshit, things changed for all of us. Read the story of Sally Robinson.

Wynonna Judd is one of the most famous names in country music. And, as a powerhouse, it’s no wonder she has a kindred spirit in the power of Harley-Davidsons. She owns multiple rides, and they aren’t just garage ornaments, either.

When her husband, Cactus Moser, lost his leg in a motorcycle accident, she nursed him back to health and stood by her man. She didn’t shy away from her ride, either. Any lesser of a woman would likely think twice about hopping back on a bike, but a longtime rider like Judd won’t back down from anything. I respect that. 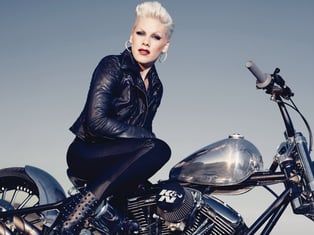 Pink is world-famous for being a spunky, badass musician, but she brings the attitude to her road-style as well. Proudly exclaiming that she “doesn’t live in the Hollywood bubble,” Pink makes a statement by what she rides: a Triumph Bonneville T100 and a Harley-Davidson Sportster XL Iron 883N.  She’s married to motocross superstar Carey Hart who built her a custom ride as a gift after giving birth to their son Jameson, what she refers to as a “Push Present.”As she says, “some girls like diamonds, I like heavy metal and carbon-fiber and Chrome."Me too, Pink. Me too. 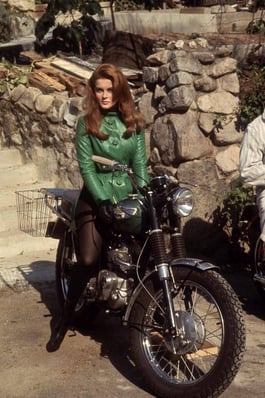 When you know what you love, you go for it. Perhaps there isn't a better example of this passion than Ann Margret. As one of Hollywood’s legendary leading ladies who starred alongside other motorcycle-lifers as Steve McQueen and Elvis Presley, Ann Margret is now in her 70’s.

However, age isn’t stopping this badass babe from riding. She wasn't even scared off when she broke some ribs in a motorcycle accident! She still shows her love of a good rumble when she hops on her lavender-pink and daisy bike. She’s no delicate flower, either.

She’s has ridden most of her life. “When I saw The Wild Ones with Marlon Brando, it just blew me away,” she said. “I had to have a motorcycle. My father owned an Indian motorcycle, so he really couldn’t say anything when I wanted one of my own.” It’s safe to say that she never looked back.

One of my favorite facts about Ann Margret is how she candidly admitted that the fastest she’s ever gone is 120 mph...at 2 am... on the dangerous twists and turns of LA’s Mulholland Drive. “There was hardly any traffic,” she shrugged. 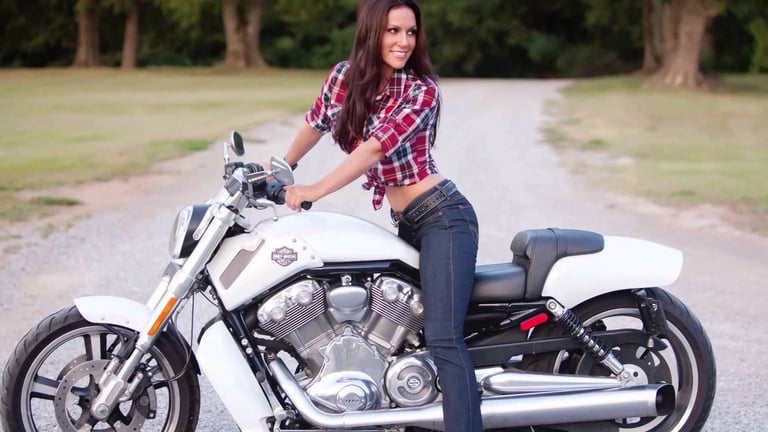 Okay, yeah. Krista Marie a Country Music sensation, but she earns the top spot on my list because she’s a role model for women riders everywhere. In 2009, she partnered with Harley-Davidson and Screamin’ Eagle racing to support lady riders. 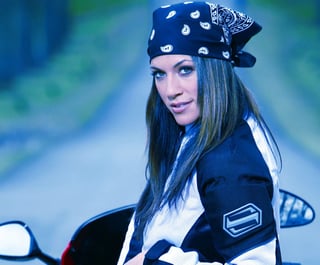 As a spokesperson for the biker babe lifestyle, she revved up and rode her 2009 Harley-Davidson V-Rod Muscle (a 1250cc, liquid-cooled Revolution V-Twin engine with satin chrome, straight-shot side pipes, and a 250mm wide rear tire) in participation for International Female Ride Day. She also rides in charity events across the country and hopes to encourage other women to live the ride-life.

“Riding and music are my life, and I get to do both. Well, I guess you can say I’m lucky enough to be living the dream!”