There’s more to the Harley Iron 883 than meets the eye.

What is it about the 2016 Harley-Davidson Iron 883 that revs my engine? Could it be how true it has stayed authentic Harley Davidson style since inception? Or the way it handles in the infamous concrete jungle?

Improvements to the Sportster's suspension surely couldn’t hurt, that’s for sure. When it comes down to it, the Iron 883 is just about as timeless as they come, which sits well with me and my old-timey soul, even if it isn’t the performance bike I often dream of. 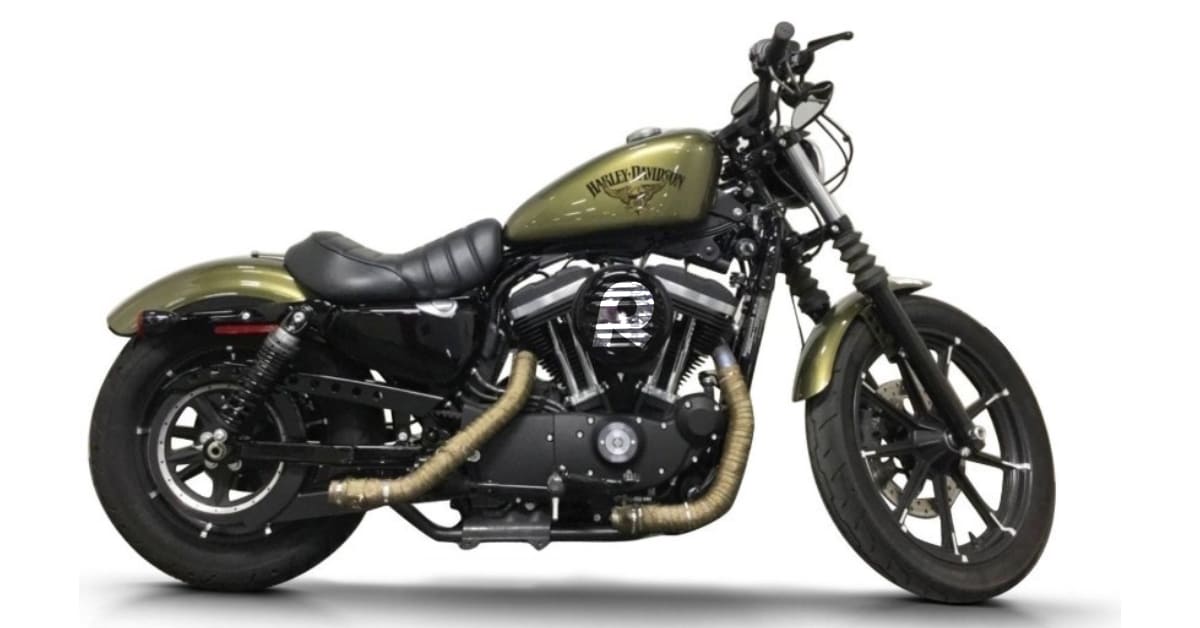 Is your ride not hitting the style mark? Shop used motorcycles at RumbleOn.

The more we ride, the more we figure out what we do and don’t like. If you’re tired of sporting a bike that no longer ‘fits’ you, buy a used motorcycle online from RumbleOn now.

I know what you’re thinking: “You would be giddy for the Iron 883, Logan—it’s a Harley!” Touché. Still, while I love me a good H-D scoot, I’m not afraid to forego a bit of my fanboy-dom and admit when Harley doesn’t quite hit the mark, which appears to be more or less true in this case.

One of the biggest complaints I’ve come across is that the 2016 Harley Iron 883 is lacking in the comfort department, and I have to agree. The seat is a beaut, for sure, and the damping has improved since its pre-Y2K days thanks to new emulsion technology; but, the overall design is not conducive for those longer rides, especially when the Iron’s ground clearance is taken into account. Rest assured, the ride will be a fun one, but only so long as you keep it brief and contained.

What are the Pros & Cons of the Harley-Davidson Iron 883, you ask?

Pros of the Harley Iron 883

It goes without saying how aesthetically pleasing the 2016 Sportster is. Stylistically, this bike is every gearhead’s custom dream: street-inspired paint, blacked-out features everywhere (I’m talking frame, fuel tank, front and rear fenders, exhaust pipes, shock absorbers, and suspension) a handsome tuck-n’-roll covered seat, black drag-style handlebars, and mid-mount controls. Even if you aren’t a diehard Harley-lifer like I am, you have to admit this bike has tremendous character. Plus, it ends up being a good fit for beginners who are looking for a compact, sturdy, reliable ride (though it's a bit on the heavy side).

Not to mention, the selection of aftermarket mods are nearly endless for this impressive combination of metal and rubber, meaning you could make it even more unique to you.

Cons of the Harley Iron 883

There’s no telling what some people would do to scoot around on a bike like this, beautiful piece of machinery that it is, but the fact remains: you’re getting less bang for your buck with the Iron 883. Take its horsepower into account: the air-cooled Evolution® V-twin engine doesn’t produce the speed necessary to keep up with Harley’s other Sportster models, capping out at a mere 80 mph on the highway. The five-speed transmission is redeeming, sure, but if you like to go fast, this is not the bike for you.

And while I would never discourage anyone from exploring uncharted territory with their bike, the 2016 Harley Iron 883 is not an ideal choice for anyone seeking to ride beyond city limits, especially if you’re susceptible to rider’s fatigue (the Iron’s roar is anything but dull, my friends).

As is true for most things in life, we can’t all have our cake and eat it, too. Still, while you may be sacrificing comfort and speed for a killer-looking bike, there’s no denying just how eager to please the 2016 Harley-Davidson Sportster Iron 833 is. This bike has more class and sex appeal than some of my former flames, and that’s a fact!

We aren’t Equestrians by any stretch of the imagination, but there’s no denying the sense of freedom that an iron horse like the 2016 Harley Iron 883 can offer. Find an Iron 883 for sale at RumbleOn.com