Learn more about how Harley-Davidson proudly served their country and the war effort.

After the attack on Pearl Harbor in December 1941, the U.S. Army approached Harley-Davidson about equipping Americans and their allies with H-D military motorcycles, just like they had during WWI. 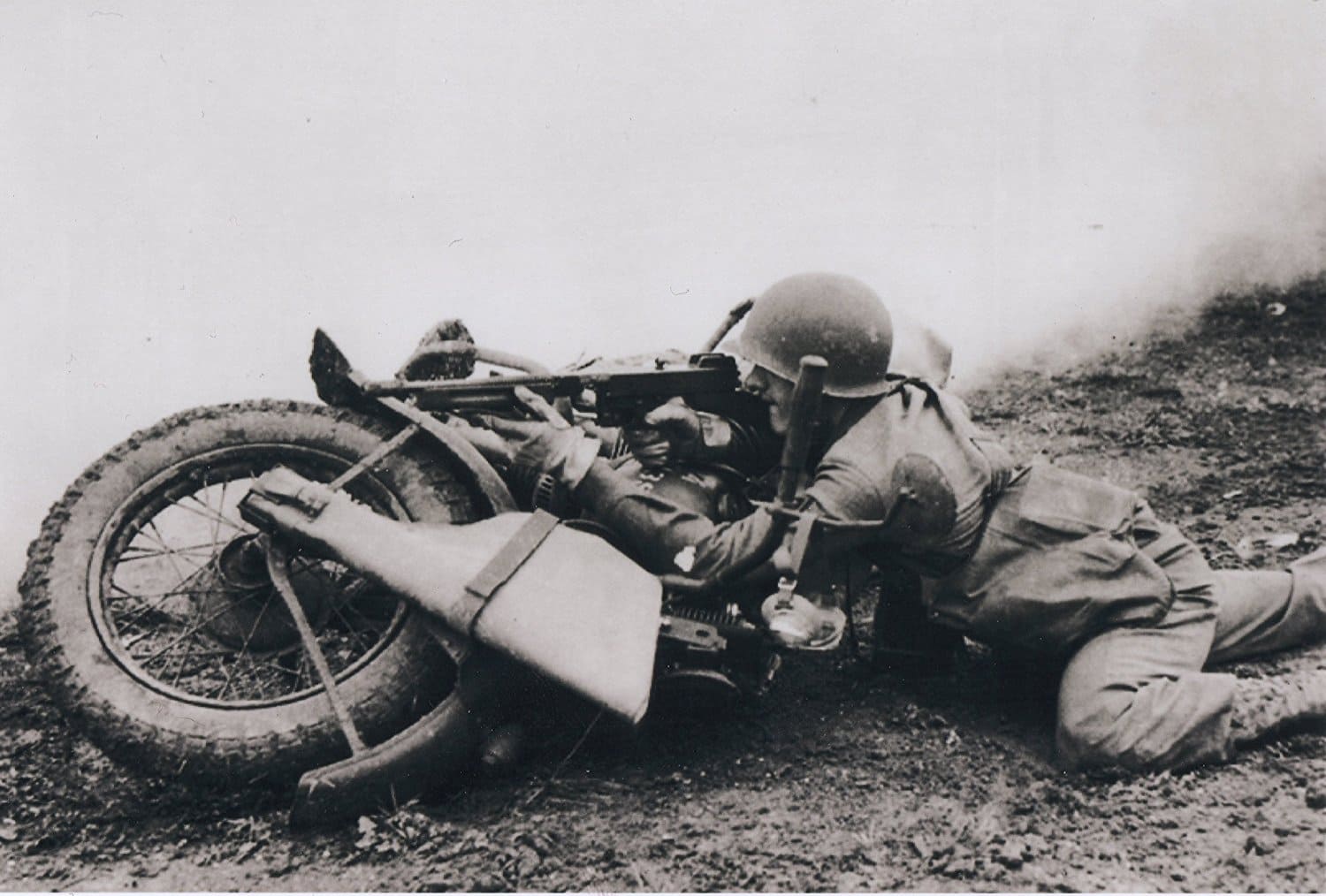 Check out this slideshow of historic (and rare) photographs showcasing classic Harley-Davidson WW2 military models. Even my Harley history buffs should take note!

Interestingly enough, Harley started producing the Harley-Davidson WLA before the U.S. officially joined the war. After the attack on Pearl Harbor, H-D increased production to over 90,000 models until the war’s conclusion in 1945. As part of the "Lend-Lease" program, many military motorcycles were shipped to American Allies, including the Soviet Union, who purchased over 30,000 units. These fast and durable Harley motorcycles carried countless Allied soldiers on numerous campaigns and were used extensively in scouting and dispatch operations.

Etymology of the WLA military motorcycle

You may be surprised to learn that the W in ‘WLA’ stands for the "W" family of motorcycles, a revival of the earlier "R" family (1932-1936). The L stands for the high-compression model, as the low-compression model was only briefly available. And the A stands for Army. Similar models of the WLA were produced for the Canadian Army, and these were known as the WLC.

These war-time machines were assigned serial numbers in 1942 and became known as 42WLAs. Harley-Davidson would also produce WLA variants and supply these to the UK and South Africa, as well as to the Navy and Marine Corps in the Pacific. Production of the WLAs stopped after the end of the war in 1945, but the bikes were briefly reinstated during the Korean War. As you can see, Harley-Davidson admirably served in the war effort over the years, and our country will be forever grateful.

We love motorcycle history and classic military motorcycles, don’t you? And if history’s what you crave, check out the Brain Bucket for more on this riveting subject!

Buy motorcycles online from RumbleOn with ease and confidence.

What could be better than getting a great deal on a used motorcycle for sale? How about shopping online? At RumbleOn, we value convenience and efficiency, which is why provide an easy alternative for your next ride. Shop for your dream bike online right now.