The Harley V Rod, a Masterpiece of Art and Engineering

The Harley V Rod, a Masterpiece of Art and Engineering

When it comes to classic Harley-Davidson motorcycles, they may have the brawn, but they are not without beauty. Some say their motors could pass as art, and perhaps one of best testaments to this statement is the V-Rod.

In 2001, the Harley V Rod was a revolutionary first member of a liquid-cooled family of performance custom motorcycles. The V-Rod represented many firsts for the motorcycle industry, but underneath the anodized aluminum bodywork and stylized radiator cover, aside from all that slick styling and custom performance, is the hard-earned result of the collaboration between engineers and stylists to create a masterpiece.

Buy a used Harley V Rod for sale online and get it shipped to your door!

Get a FREE cash offer for your motorcycle from RumbleOn and use it to buy Harley V Rods from RumbleOn's 100% online inventory. Browse all makes and models from your favorite recliner today! 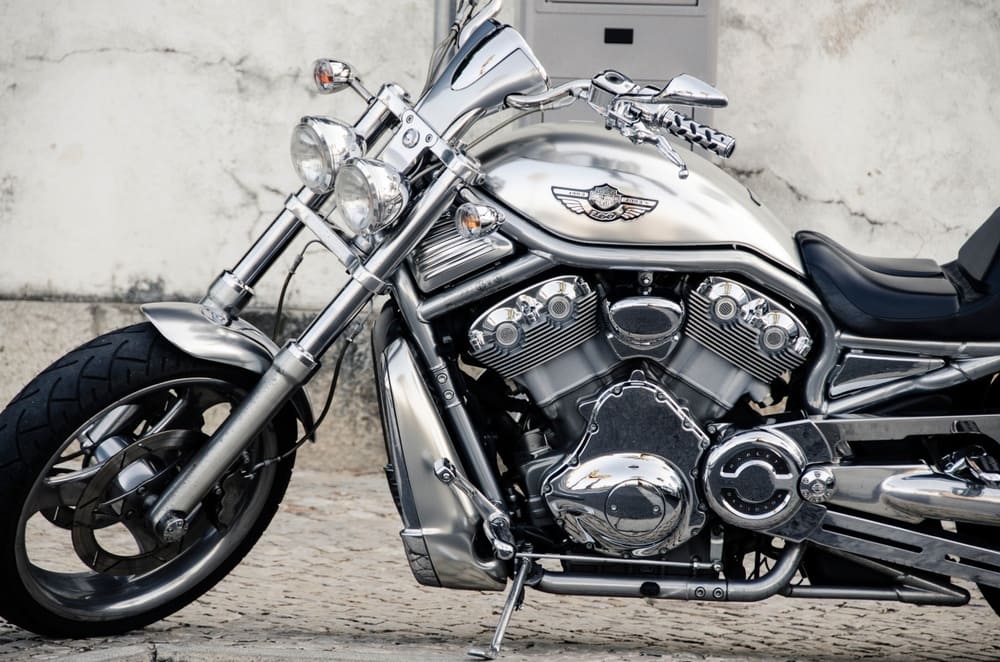 The V-Rod packs a Revolution engine that was co-developed with Porsche, based on the VR-1000 Superbike Harley Davidson engine (a 115 hp V-twin liquid-cooled engine with four valves per cylinder, 60-degree V double-overhead cams, and side-by-side connecting rods) that was used in competitive drag racing. The makers of the V-Rod engine, Porsche’s Engineering Group, felt that a liquid-cooled engine would produce more power than air-cooled, and deliver the same high performance, while the four valves per cylinder would provide volumetric efficiency. The V-Rod would have the first water-cooled engine in Harley-Davidson's history.

The Revolution engine proved it was reliable, as well as powerful, when countless perfection tests were performed on the engine in Germany. The engine spent more hours in a Düsseldorf Test wind tunnel than even a Porsche sports car before successfully reaching 500 hours of non-stop test time. Such a unique, and intense, design shows how meticulous effort went into combining engineering and styling to create something to behold, which was a lightweight and sharp-looking addition to a cruiser class of motorcycles. But it would be unlike the old, favorite cruiser style of Dyna and the Sportster; no, Harley-Davidson motorcycles just saw the advent of something entirely different.

Video source: The One - Harley Davidson

Trade in motorcycles for a Harley the easy way.

Did you know you can buy cheap used motorcycles for sale from RumbleOn using your motorcycle trade-in value? In fact, it only took 15 minutes to get my trade-in value when I decided to trade my motorcycle to RumbleOn. All Rumble Ready powersports are covered by a 3-Day or 150-Mile Money Back Guarantee and are shipped straight to your door! Get your bike's trade-in value now!