Today, there are endless causes that need our support. Whether it’s children fighting to beat cancer, or individuals struggling with the loss of their memory to Alzheimer's, some organizations rely on the selflessness of other people to give a voice to those who need one most, including especially our furry companions.

That's where the Dallas chapter of the Latin American Motorcycle Association, otherwise known as L.A.M.A, comes in. L.A.M.A. helped build the “Hogs 4 Paws” motorcycle charity events to give shelter animals the voice they desperately need.

"We’re such a divided nation... Whether it’s by race, background, sex, or political party. The love of animals just binds everyone together... It’s not about the hogs; it’s about the paws.” 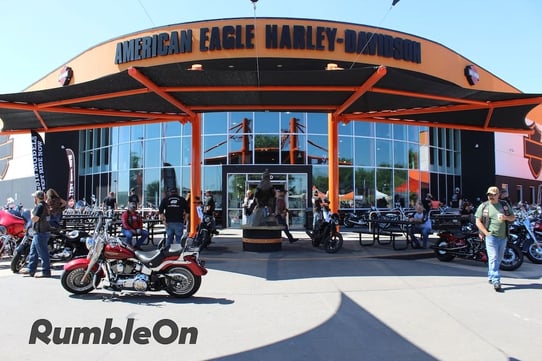 Hogs 4 Paws is an event hosted by L.A.M.A to raise money and awareness for all the homeless and abused animals in shelters. Their partnership with the American Eagle Harley-Davidson dealership in Corinth, Texas, and the Lonestar 92.5 Radio Station has created a much-needed outlet for a  cause that’s so worth supporting. This year’s Dallas event happened on Saturday, May 5th, and it's unlikely there was any better way to spend Cinco De Mayo.

When it comes to pure innocence, animals might be the only creatures left in the world that are truly innocent to their core. Their eagerness to love puts them in a vulnerable position, and their innocence is often abused. Chris Ruben and Ken Morgan, Co-Founders of Hogs 4 Paws, put their heads together to create a charity that would give a voice to these innocent creatures. 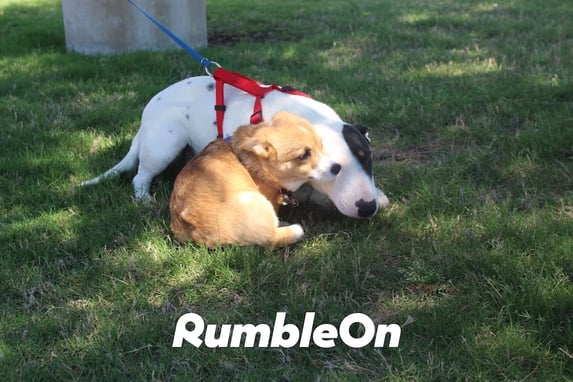 "Ken Morgan and I had worked together for 20 years in the pet industry, and met up at the Global Pet Expo in Orlando, Florida,” says Hogs 4 Paws co-founder, Chris Ruben. “Ken walks into the clubhouse, and it’s one of those ‘Norm from Cheers’ moments where they’re like, ‘Tank, what are you doing here?’ He said he came for the pet expo, and at that point, everyone was pulling out their phones to show him their dogs.

"He comes to the apartment where we’re staying, and he told me that story,” Ruben continued. “And I thought we’ve got to do something with the L.A.M.A boys and the dealership. He didn’t say anything and I see him messing around on his phone. Then he says, ‘Yeah, all our guys are in. When do you want to have it?'” 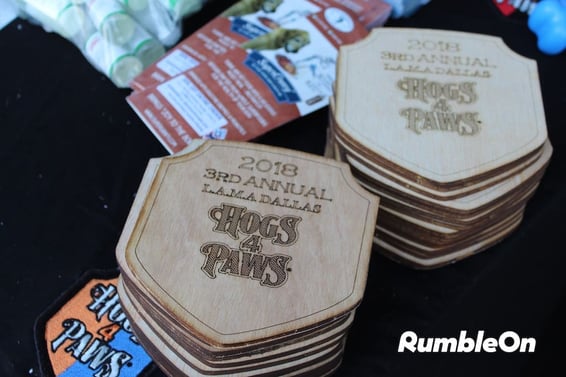 In just a matter of minutes, an idea was set on the tracks to become a reality. The very first Hogs 4 Paws event kicked off in 2016, and there’s no end in sight. This year’s event began with a ride from Strokers in Dallas, Texas, to the American Eagle Harley-Davidson location in Corinth, Texas. Once there, it was a day filled with live music, BBQ and Tex-Mex food, raffle baskets to help raise additional money for the animals, custom motorcycle painting, free animal vaccinations, and a variety of other supportive vendors. And yes, the free beer was flowing, there were enough bikes to make even the most bike-obsessed believe they were in heaven, and tons of tail wags from all the dogs that made an appearance.

Tails were wagging and faces were smiling. Watch the video!

The real beauty of the event was to see and experience people from all different walks of life unite for one common goal.

"We’re such a divided nation,” says Ruben. “Whether it’s by race, background, sex, or political party. The love of animals just binds everyone together. We hope to make this a cause-related brand for motorcycle riders. These people are animal-lovers, and I’d love for it to be a national phenomenon. It’s not about the hogs; it’s about the paws.” 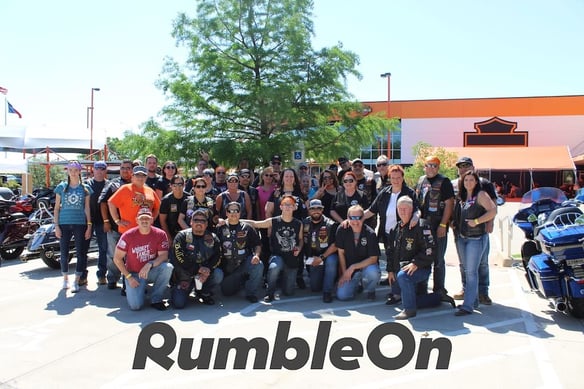 Hogs 4 Paws is the support system for our playful, furry friends, and when it comes to the impact it’s making, L.A.M.A and all participants aren’t here to play.

"We’ve been able to raise 500,000 cans of dog food and 40,000 pounds of dry food for the North Texas animal shelters,” said Ken Morgan, the President of the L.A.M.A Dallas chapter and Co-Founder of Hogs 4 Paws. “My passion is animals. We all have dogs, and we have so many media personalities that want to be involved. We want this to be an event that people are passionate about and look forward to.” 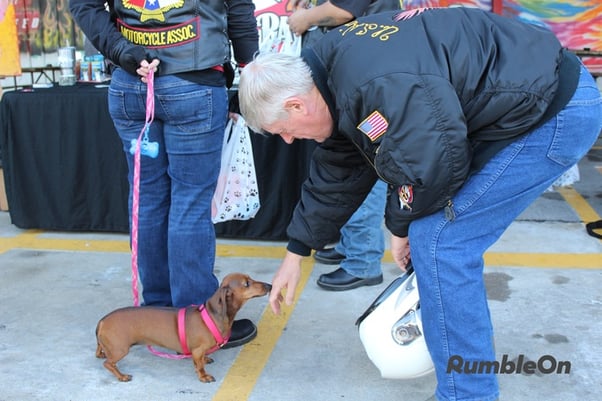 And when Morgan was asked if he is a dog owner...

"I have two -- actually, let me grab my phone and show you my dogs.”

But Dallas isn’t the only city that will get to show their love and support for the animals that need our help. A Hogs 4 Paws ride will be powered by the L.A.M.A Newark Chapter in Newark, New Jersey, on June 9th, and it aims to have 1,000 riders registered to join the event. If that goes to show you anything, it should be that there’s no limitation when it comes to the love that people have for animals. 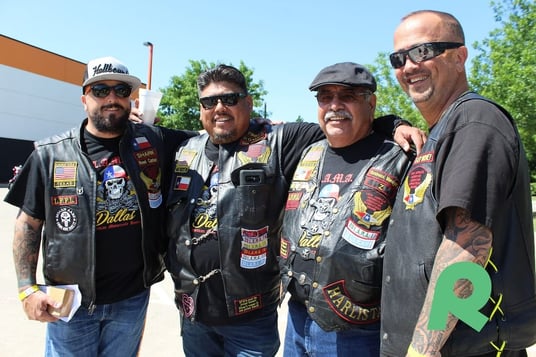 When Morgan is asked how long he hopes to continue Hogs 4 Paws, his answer is simple.

"Until it doesn’t happen anymore. It’s just a passion I have. I’ve loved animals all my life, and I’ll keep loving them.”

Morgan, Ruben, the L.A.M.A Dallas chapter, and everyone else who came out to support the event are prime examples of the type of people we need to see more of in this world. Just as all the riders take on the road with assertiveness and passion unlike anything else, Morgan and Ruben rush to this cause with the same vigor. 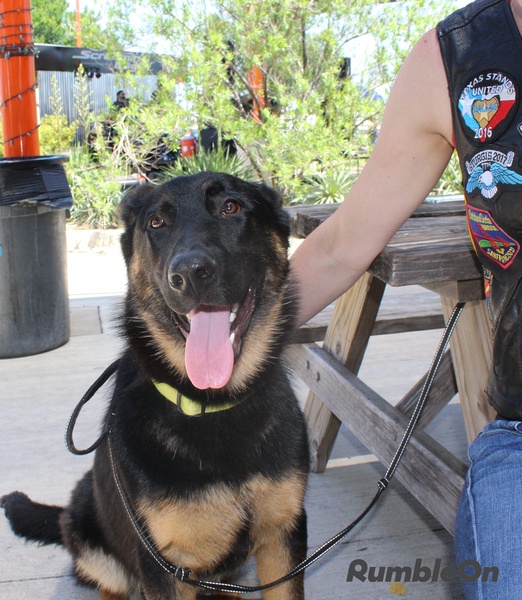 When you’re able to put your time toward a cause that lacks a voice, you give others a glimpse into who are to your core. And if more people like our Hogs 4 Paws fighters existed in the world today, there would be that many more tail wags to look forward to. 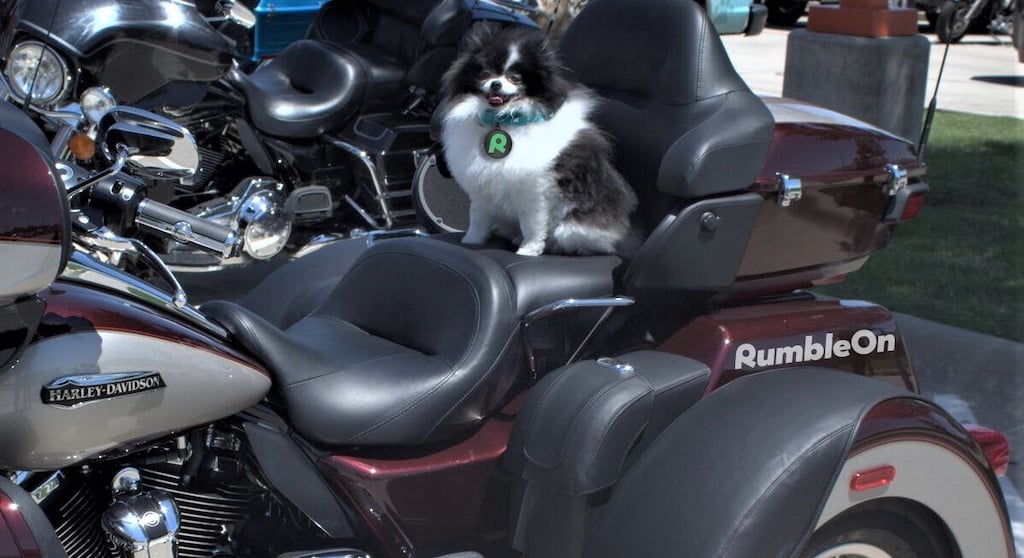 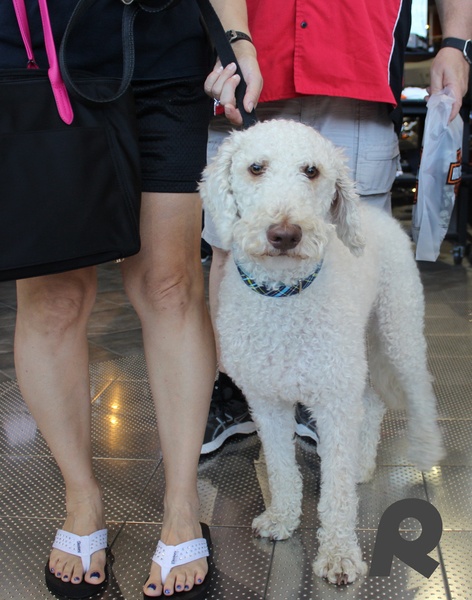 If you missed this Hogs 4 Paws event and want to join in on their next one, visit the Hogs 4 Paws page to stay up to date on all their events. If you think you have the same heart for change that L.A.M.A does, visit their page and join them for a ride!

Have a motorcycle club that is also doing great things?

Do you have a community project planned that you would like featured on The Brain Bucket Blog? Leave us a comment!