The History of Honda Motorcycles

When it comes to some of the top motorcycles brands in the industry, Honda is a name that claims a spot with the best of the best. You don’t have to be a Honda enthusiast to understand that Honda is a brand that consistently creates some awesome rides. They’re a brand that likes to stretch and extend themselves into new and exciting riding territory, and they typically pair their motorcycles with a price that’s easy on the wallet.

The fact of the matter is, Honda is an absolute rock star. They try their hand at different styles of vehicles, and most of the time, those rides are proven to compete just as well as other top brand names within the industry. They’re one of the names that really helps to keep the industry chugging, and for that, there needs to be some appreciation. But the best way to really appreciate something is to understand the history and roots behind it. It gives us a good look at what it’s overcome, and what its future could potentially look like. And for Honda, the future looks bright.

1937:  At 31 years old, Soichiro Honda started his own company called Tokai Seiki, where he designed piston rings for the successful brand, Toyota. Toyota rejected the rings, and that encouraged Honda to return to technical school.

1945: Japan was in the midst of WWII, and Honda was able to tweak his piston ring design and successfully sell it to the Japanese Imperial Army.

1946: Honda’s building was bombed twice during the war, and, unable to fix the damage, he sold his land to Toyota. It was then that Honda noticed that Japan was in desperate need of cheap and reliable transportation.

1947: Production begins on a 2-stroke 50cc A-Type auxiliary bicycle engine. It is an immediate success. This motorized bike titled the Batabata would be Honda’s emergence into the industry. 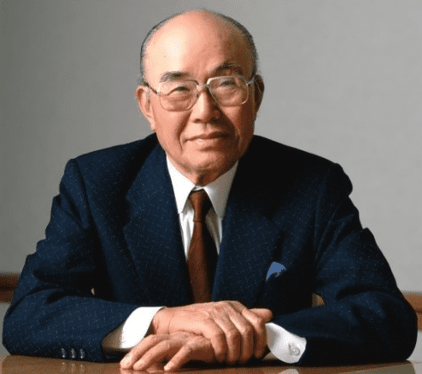 1949: Honda creates his first actual motorcycle, which was a two-stroke, 98cc motor. It was called the Model D, and it’s success was quick.

1950: The new Tokyo plant is created, and that would be the first of many.

1953: The 146cc, four-stroke motorcycle, called the Dream E, is created with an engine to help tackle the fume problems.

1954:  After creating the Benly J, a motorcycle that was incredibly popular with Japanese racers, Honda officially states that they will be competing in the Isle of Man, which was the world’s premier motorcycle race. Honda won the race.

1958: The Super Cub is introduced, which is seen as a balance between a motorbike and what would become known as a moped. It’s a clear success. A high-speed testing track is created along the Arakawa River for Honda to test its bikes. 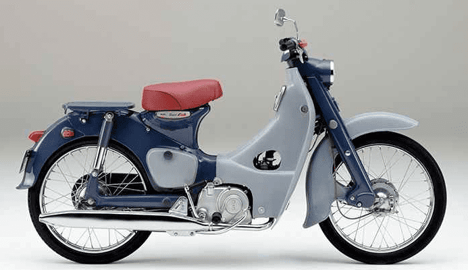 1959: Four Honda motorcycles are entered into the Isle of Man Tourist Trophy race, and the rides come in 6th, 7th, 8th, and 11th place. The RC160 bike is entered into the Asama Volcanic race, and it wins. This year is a huge stepping stone for Honda because it is when Honda Motor Co. becomes officially established in Los Angeles, California.

1961: Honda has a 1st, 2nd, and 3rd place finish in the Isle of Man Trophy Race, and it is during this time that Honda is seen as a dominating force in racing. It is in this year that they also sell one-million Super Cub bike models. This same year, hey take home a Championship title with their 125cc and 250cc in the World Grand Prix.

1962: Honda wins a Manufacturer’s Championship title this year in the World Grand Prix, for the second time. They quickly become a force to be reckoned with in motorcycle racing.

1965: Honda would win its very first Formula One race in the Mexico Grand Prix with the famous driver, Richie Ginther. 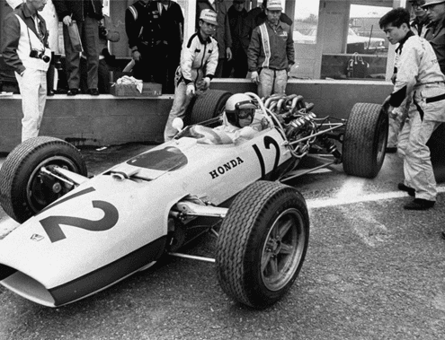 1966: Honda’s most famous commercial is launched in the American sector. The commercial entitled “You meet the nicest people on a Honda” quickly proves to be successful and forever alters the image of what a motorcycle rider is.

1968: One million motorcycles are sold in the United States, and the CB750 ride that would quickly be classified as “the world’s first superbike” becomes one of the most influential motorcycles ever built.

1970: They introduced a Driving Safety Promotion Center to help advocate for safer riding.

1973: Honda produces 20-million motorcycles, and quickly becomes a personal favorite in America, even over some established American brands.

1974: The Gold Wing GL1000 is shown to America. It would become an iconic motorcycle within the touring sector and would be considered revolutionary.

1976:  Honda would win the Zandvoort 600 km Production race, which would be its first of many motorcycle endurance races.

1982: Honda claims a 1st place ranking in the F-1 class at the TT Race. Their reign in  title would continue for another 16 years, without another brand claiming the spot.

1987: The brand introduces the world’s first anti-lock braking system (ABS) for motorcycles, which would give it the title of one of the most innovative motorcycle brands. It is in this year that Honda also hits a milestone by becoming the world’s first company to produce 50-million motorcycles.

1992: The Super Sub would attain 20-million models produced, which would make it the highest-produced among motorcycle brands worldwide.

2001:  Honda becomes the first company to create a motorcycle equipped with a V5 engine: the RC211V.

2013: After almost 24 years of not competing, Honda enters into the Dakar race. All Hondas finish the race. It is this year that Marc Marquez, the youngest ever premier-class king, gets the Triple Crown for Honda. 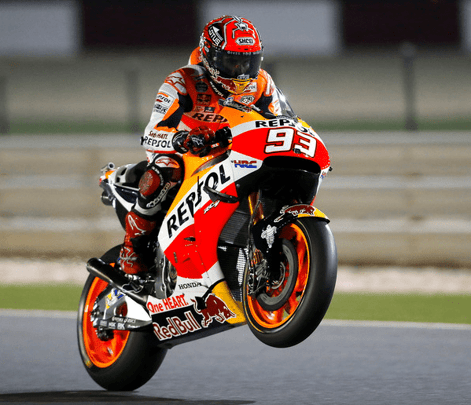 2014: Honda celebrates the 40th anniversary of their Gold Wing with a new release, and it quickly becomes a national favorite among the tour sector.

There you have it, a history of one of the most prominent motorcycle brands to exist today. It wasn’t without its share of trials, but because of founder Honda himself, the company refused to be anything but one of the best. It’s a story of a man who had every reason to fail but didn’t and refused to accept failure as an option. As Honda himself said, “Success represents the 1% of your work, which results from the 99% of failure.”

Well, Honda, you’d be proud at the achievements your company has made, and I think we can all agree that Honda has a special place in the hearts of many riders.  From lovers of cruisers, to touring, sportsbikes, and the engineering that makes them run.