How Riding Helped Me Beat Depression: A Personal Story

How Riding Reignited My Will to Live: A Personal Story

Everyone gets something entirely different out of riding, depending on their own experience. Some riders have an urge to escape the stress of reality; there are others that seek adrenaline.  Regardless of everyone’s reason they love the ride, at the end of the day, the core reason is that it makes them happy. It’s as simple as that.

When you find something that makes you really, truly happy, and it manages to make the tumbles and stress of life that much easier to handle, then it’s worth it. That happiness is always worth it. But for some, like Hank Bonecutter, it runs even deeper than that.

Hank is no stranger to the stress and everyday grind of life. As someone who spent forty years in the broadcast radio industry, Hank was someone who was always going. When you’re in an industry like broadcast, you’re expected to be a professional when it comes to “rolling with the punches” and adapting to changes in efficiency. So when Hank retired in 2012 after one hell of a career, he never expected retirement to bring the emotions that it did. Happiness? Yes. Relaxation? Of course! But he also felt a deep sadness and depression of clouds continually hovering over his head. That wasn’t expected, nor was it in the plans.

“I had been battling depression for about a year. I couldn’t understand why I felt so bad when I had no reason to feel that way. I was set financially, health was good, and family was good. I just couldn’t figure it out. That’s the thing about this condition-you can’t figure out why you’re feeling that way. Nobody around you knows what to do.”

So much of your life goes into your job. You throw your all into it, and at some point, what started as just a “job” starts to become part of who you are. It becomes a permanent fixture in your life, regardless of your indifference or passion. So when that suddenly disappears, sometimes you feel like a part of yourself has gone with it. So many people are quick to sprint toward retirement that they don’t think about what comes after.

“After a successful career, children grown and gone, I thought retirement would be something totally different than what it was. I wasn’t prepared for it. After a couple of years, I was bored, had no purpose, no passion, and nothing to focus on and be involved in that interested me.”

People are not meant to be bored. You might enjoy it in short spurts, but when you’re bored for an extended period, it gets to you. Retirement was not what Hank thought it would be. It was not the relaxing, long-term vacation as most assume. Retirement left Hank emotionally drained because of the pure “nothing” that it involved, and when you no longer have that constant in your life, you start to question what life even means anymore. But, right at the moment that it was most needed, something cruised into his life that gave him a new purpose. 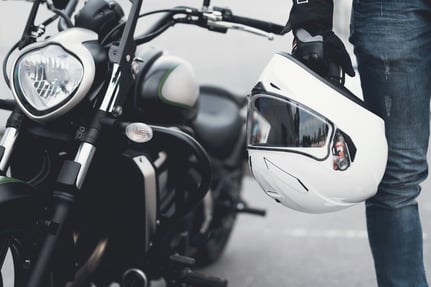 “It was a chance meeting with a friend for lunch when I noticed him pulling his bike out from getting it serviced. I was curious that he owned a bike. He told me that ‘everyone you know owns a motorcycle.’ It piqued my interest, and I started from there.”

Hank conducted his research to make sure he was prepared for what was ahead, and his bike of choice would be a 2016 Harley-Davidson Street Glide Special. And while Hank had taken the classes, gotten the license, and felt prepared to go on this adventure, he had no idea the bond and friendships ahead of him. It took some warming up from certain family members, though, as the worry of potential danger was there.

“My wife wasn’t too thrilled. My son-a firefighter-wasn’t too excited because he sees a lot of motorcycle accidents. My daughter was very supportive: ‘If it makes you happy, I’m supportive of it, dad.’ Of course, some friends were all, ‘you’re going to get yourself killed on one of those things,’ but the friends who were bikers were basically, ‘that is so cool’!”

It wasn’t as if Hank’s family and friends weren’t justified in their worry. People tend to worry about things that are foreign to them, things that they don’t understand or have personal experience with. But that worry wasn’t going to prevent Hank from cruising into an adventure that would ultimately alter his life. 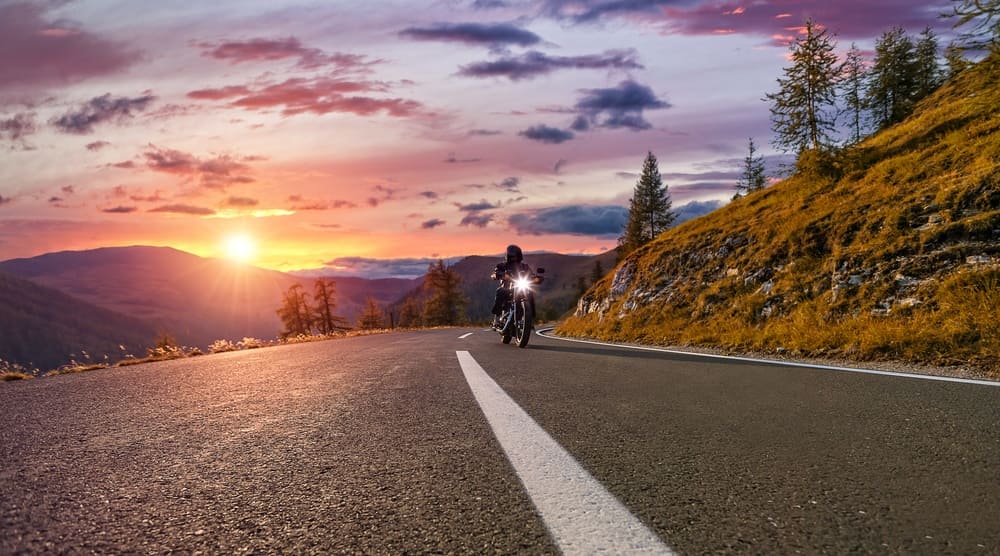 “Riding a motorcycle is such an adrenaline rush, and the mere fact that you’re actually doing something like that gave me something to do that was a ‘rush.’ I didn’t have any other hobbies or interests. I wanted to learn about the lifestyle and the people who are in it. My career was spent in broadcasting, and it was a selfish, self-serving business. People who I thought were my friends actually weren’t. Bikers are brothers; they don’t want anything from me.”

After spending forty years in an industry that was fueled by people’s selfish desires and connections, Hank was finally given the opportunity to truly experience what actual friendship was. It was the fact that they had that one thing in common, The biker culture is that of bonds; we stick together through thick and thin, and just enjoy the ride. This culture does not obsess over the insignificant things that others do, and the bond is as simple and long as the roads that we ride. It is family, more than anything, and the life lessons that come with the ride are lessons and experiences that some people never get to have.

“Riding has taught me to be a better driver, for one thing. When I’m in the car, I totally approach it differently. I notice things I’ve never paid attention to before. It showed me that there’s this ‘community’ who, regardless of politics, faith, or economic status, are all together as one. It’s the motorcycle that bonds them and brings them together.”

When you’re a rider, that’s all that matters to form a bond. As long as you ride, you’re a part of the culture. It’s a hell of a culture to be a part of, and Hank is a prime example of how it can change your life. 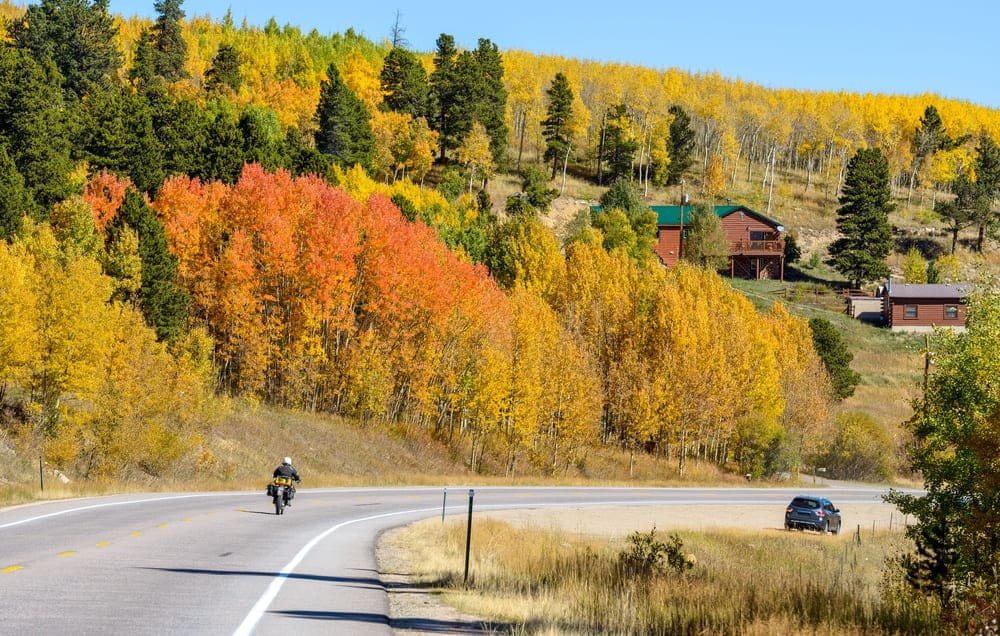 “As a writer, I started keeping a journal of my experience, just for me and my family. Owning a motorcycle and being able to just get on it and GO was perfect. But the people I’ve met and the attention it gets from everyone brought so many people into my life that I would have never met. It takes me to places I would have never gone. The mere fact that I’ve traveled so many miles in such a short time is mind-boggling to me that I can actually DO something like that? It’s kind of like a ‘rebirth’ for me. The very first trip I took, I had tears running down my face for the first 100 miles. I couldn’t stop, they just came. I think that was the cleansing of my soul I needed, and I’ve never looked back.”

Riding completely changed Hank Bonecutter’s life. He now had a purpose and identity. He has a group of friends that have a friendship with him for all the right reasons. He finally got to experience the freedom and adrenaline he hoped for, all while embracing a culture with a rich history and roots. Just like that, those clouds over his head weren’t suffocating anymore, because he was riding too fast for the clouds to catch up. 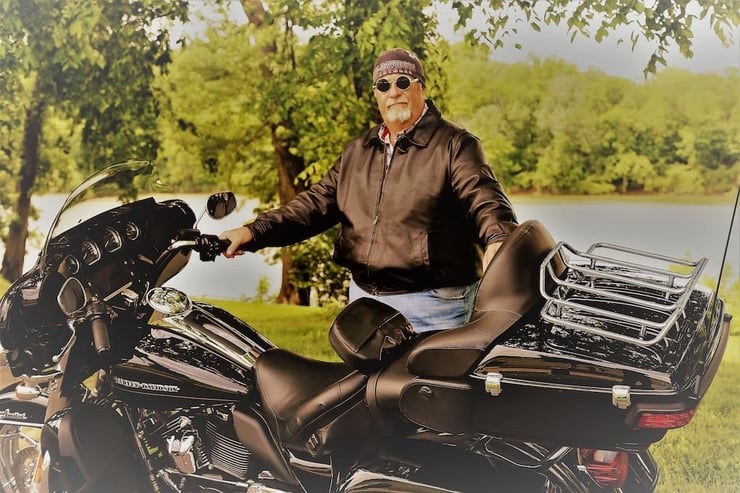 And now, they’re just in the distance. Because, as every rider knows, you don’t look back as much as you look forward. You focus on the road, the ride, the adventure, and what a hell of an adventure it is.

If you want to stay updated with Hank and follow him on his adventures, visit his blog here and dive into his experience as a rider and the road ahead of him!

Has riding changed your life? Do you have any touching or incredible road stories? Does your motorcycle club have a community project planned? We'd like to feature you on The Brain Bucket Blog! Leave us a comment, or contact us through email!