Common Motorcycle Accidents That Don’t Have to Be so Common

Common motorcycle accidents and how to avoid them

We’ve all been there, though it’s not a moment we want to experience. You’re out taking a ride on a nice day, intent on enjoying the weather and the road, and out of nowhere, Soccer Mom Janet comes into the picture and ruins your day by almost destroying your life. Remember Soccer Mom Janet? Yeah, we’d rather not either, but pretending like those people don’t exist is not the way to solve the problem.

Motorcycles come with a variety of safety concerns, but as long as each rider is mindful of their surroundings, they can usually enjoy a ride without facing issues from cagers on the road. And while there are some pretty freak stories of motorcycle accidents out there (we’ve all heard them), there are some altercations that are more common than others. It’s important to recognize them and have a plan in place for when they happen, so you can keep riding long into the future.

Here are some of the most common motorcycle accidents you can experience, and the best way to prevent them from happening:

A car turns in front of you at an intersection:

Most car drivers don’t have experience riding a motorcycle, so they can’t always understand the difficulties of taking a turn on one. Because of that, they assume you can make a turn much faster than you actually can. And naturally, that misconception creates a variety of issues, usually in the form of an awful accident. So, let’s work on preventing that. 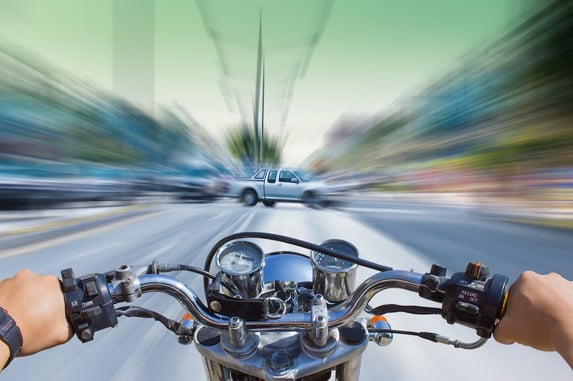 It’s not that you should be able to look into the future and know it’s going to happen, but when you’re making any turns, you need to be more aware than you usually are. You need to ride on the offense and expect that Soccer Mom Janet will show up at the worst possible minute and cause a wreck. Slow down and don’t rush through your turn, as it wouldn’t be a winning situation for you to fall out of it. If a cager is coming towards you, does space suggest that you should speed up or break to avoid an accident? Just having these things on your mind will be enough to help prevent it from happening.

A car behind you hits you:

I know, that’s exactly as bad as it sounds. You come to a stop, maybe because little Jimmy is trying to cross the street to chase his ball, and a car comes right up behind you. What is typically just considered a ‘bump’ for cars is something that will kill a motorcycle rider. You can’t trust the car to act the correct way, so yet again, you’re going to have to be on the offense. I know, no pressure. 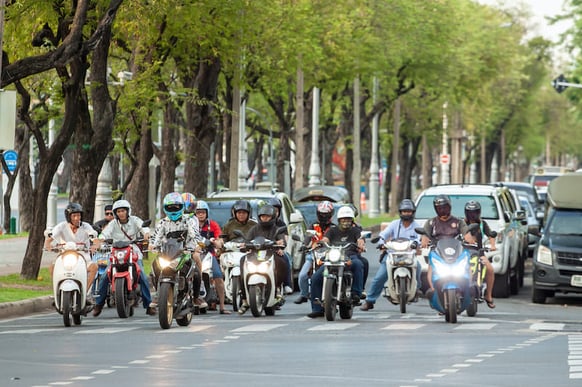 You’re going to have to prevent it before it happens, because if it does happen, it’s not going to be in your favor. In this case, you can try to use other cars as a bumper. If there’s a car in front of you and another one is heading down the street towards you, see if you can get next to or in front of the vehicle that is in front of you. By doing that, you’ll offer a bit of a buffer between you and oncoming cars. Unfortunately, that isn’t always possible without making cagers angry, so it’s still a good idea to get your bike closer to the shoulder of the road, rather than in the center. That decreases the likelihood of you being hit from behind, because you’re not exactly in front of them. This is especially useful practice at night because limited vision and drunks drivers are a constant struggle.

You know that old phrase you were told when you were young? The one about “surrounding yourself with the right people”? That still applies here, too, because their actions can have a direct impact on you. You don’t want to be riding with people who aren’t careful, especially because you don’t want them to take you down, too. 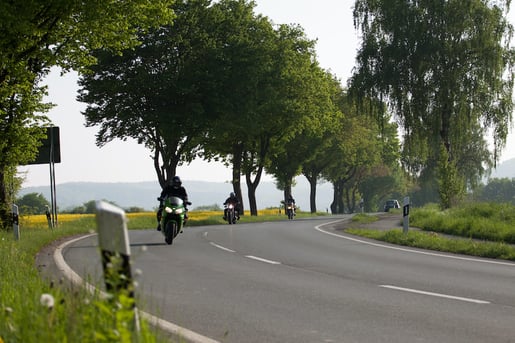 Here's what to do:

If you have a new rider that has joined your riding group and their skill set is still questionable, it’s better for them to be riding at the tail end of the group instead of the front. That way, if they make a mistake, it won’t impact you. You should also get in the practice of never following other riders too closely, as it’s almost a recipe for disaster. It’s important to keep enough distance between all riders so that if something doesn’t go according to plan, you still have time to get out of the way.

Some riders love riding in the rain because they feel like it’s part of the experience. That’s okay, as long as you understand the potential issues that can come from a slip-and-slide road. I promise it’s not as fun as when you were a kid. This is especially true if you live in an area that tends to have some cold weather because you never know when those innocent drops of water can create a slick, icy road. 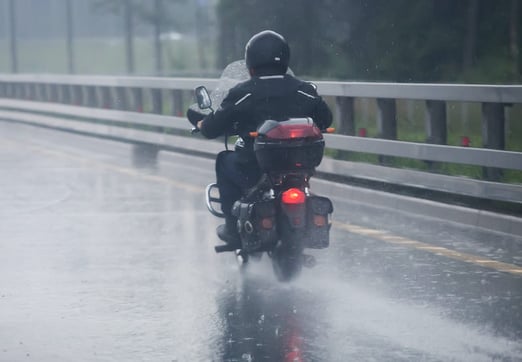 How to handle it:

Stop riding in the rain! Just kidding, I won’t deprive you of the fun things in life. This is a situation where the tread on your tires is going to matter, so make sure your tires are in good shape to keep traction on the road. You can check your tire treads with a penny. If your tires are okay, then odds are you shouldn’t have issues with slipping. However, the biggest piece of advice that can be offered here is to know when to call it quits. Use the sense I know you have, and if the rain is becoming less “singing in the rain” and more “oh, hello Hurricane,” seek shelter and wait it out. It’s the boring answer, but it’s the right one.

As long as you’re constantly aware of your surroundings and the potential dangers involved, you should be able to prevent most accidents from happening. And a world where you get to spend more time riding is one worth trying to stay in.