How to Ride a Motorcycle During the Winter Holidays 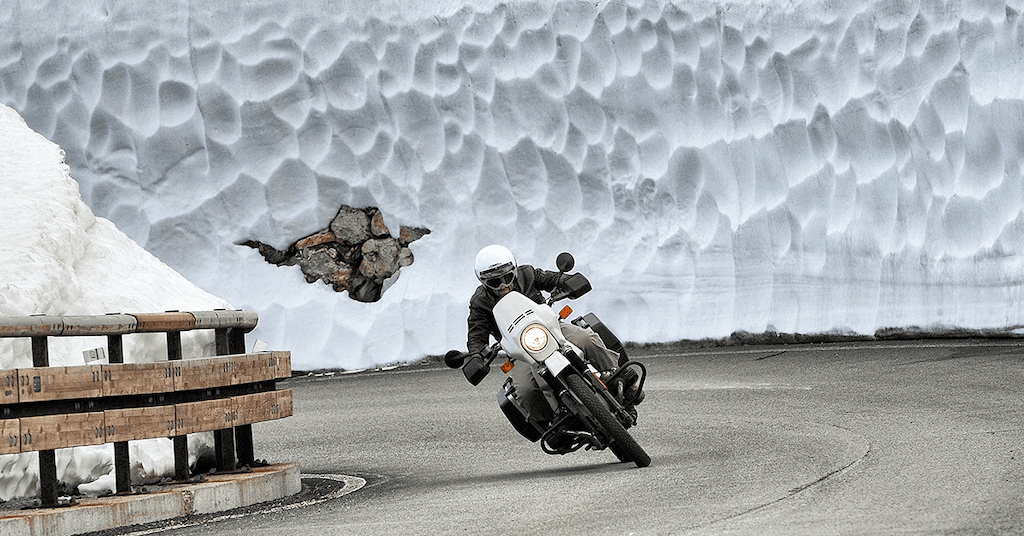 Winter has long been an underappreciated season to go motorcycling. The air is crisp, a light snow can make the scenery more gorgeous than ever, and the holidays bring a special feeling that can’t be beat. However, winter holidays come with their own unique suite of challenges that should not be ignored. The summer and warm weather holidays are statistically the most dangerous riding season, but that’s not to say there aren’t motorcycle safety concerns during the winter and cold weather holidays.

Roughly a third of the country travels for the winter holidays with many people opting to drive for the Thanksgiving holiday and to celebrate Christmas. Through all the hustle and bustle, motorists are more apt to speed, change lanes aggressively, tailgate, fail to yield, run red lights, and ignore unsafe weather conditions.

So here it is, a comprehensive list of potential threats many riders forget to consider along with winter driving accident statistics and simple strategies motorcyclists can take to ensure they enjoy the holiday celebrations while learning how to ride a motorcycle safely and responsibly during the year’s most hectic and challenging riding season. 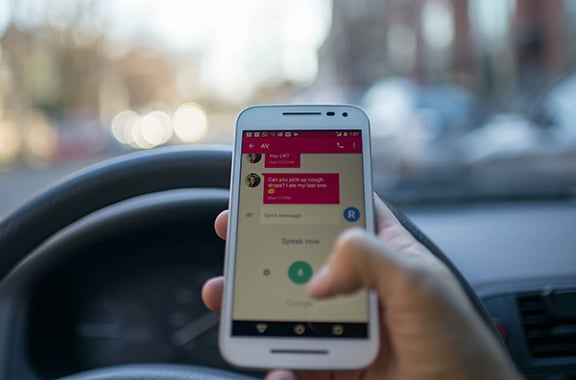 More than any other time during the year, motorists are distracted driving during the winter holiday season. People get caught up in family conversations, rushing around from store to store for holiday sales, and consuming as much food and drink as possible. Through all of that, there is an assortment of distractions motorists find themselves balancing, all of which factor into motorcycle safety.

Drivers actively scroll through digital sales ads, text and make phone calls, change songs on their holiday albums, and operate their GPS. The simple tasks of staying in one’s lane, following speed limits, and using turn signals suddenly slip toward the bottom of the priority list. Unfortunately, it’s motorcyclists who are most at risk of experiencing serious injury due to that sort of negligence.

Fortunately, motorcyclists are less likely to partake in these same activities since they have to constantly operate the motorcycle’s controls with all four limbs. This means riders have a better opportunity to be watchful and make defensive decisions based on what is happening around them.

With an assortment of obligations cram-packed into only a few days, many people fail to obey basic traffic laws. Drivers often speed more than normal, run through more stop lights, and change lanes without signaling. Even law-abiding motorists who are typically conscientious of their surroundings are more likely to incur traffic infractions simply due to feeling rushed.

Inexperienced and elderly drivers may be asked to get behind the wheel in order for the primary driver to get some much-needed rest. This means teenage and senior drivers will be taking the wheel in unfamiliar situations that they aren’t comfortable with. The added pressure of those high-traffic, high-emotion environments often causes inexperienced and elderly drivers to make sudden, last-second maneuvers in front of and around motorcyclists they fail to see.

Lastly, out-of-state drivers are suddenly commonplace in your local town and aren't familiar with your local roads. They don’t know the driving hazards familiar to locals. Motorcyclists have to protect themselves by keeping their distance from out-of-state drivers because those are the ones that often speed and make unexpected decisions at the last moment, simply because they are unfamiliar and feeling rushed. 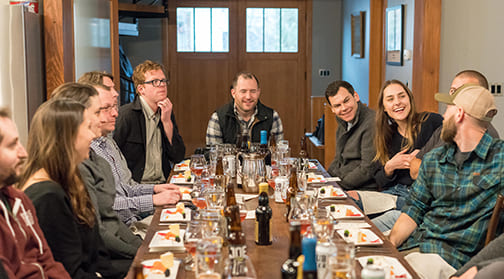 Arguably, the biggest concern for motorcycle safety during the winter holidays is contending with people driving under the influence of alcohol. Impaired drivers are often aggressive, inconsiderate, and completely oblivious to their surroundings. The amount of alcohol is of course the primary cause of impairment we are considering, but there are other forms of impairment as well.

Though a motorist may not be immediately intoxicated, being hungover is enough to cause an individual to have the same negligent behaviors as an intoxicated driver. Motorists may also be mentally hungover from attending several gatherings in a short period. Even individuals who do not consume alcohol or other substances can be tired to the point of exhibiting the same poor judgment.

Drowsy drivers are another type of motorist riders must avoid. Many people drive long distances in short time frames for the holidays, so tired driving is not uncommon. Exhaustion is a surefire way to impair judgment whether the driver recognizes it in his or herself, so motorcyclists should be vigilant in recognizing and avoiding those drivers.

Lastly, AutoInsurance.org reminds us even the most alert and sober drivers can be impaired by way of their vehicle’s condition and maintenance. Motorists who fail to check the forecast and complete routine auto maintenance can impair their own driving abilities when the weather takes a turn for the worst. Motorists who drive around on balding tires, don’t have working lights and signals, and those who fail to keep their windshields clear impair themselves and others.

As reported by the Motorcycle Legal Foundation, the National Highway Transportation and Safety Administration (NHTSA) maintains a data set with winter motorcycle accident statistics that puts the concerns for holiday motorcycling into perspective. In a study of 2016 alone, motorcycle fatalities, 24.8% were indicated as under the influence. In that same year, a five-day time frame that included Thanksgiving tallied 12 fatalities, while a four-day time frame that included Christmas tallied 20 fatalities.

However, the data isn’t limited to short-term studies. From 2011-2016, when compared to the average three-day, non-holiday weekend, both Thanksgiving and Christmas accrued significantly more motorcycle fatalities – 51, 188, and 81, respectively. The fact that people are in a rush, more distracted, and more often under the influence is no coincidence. It’s also important to remember motorcycle accidents are much more likely to result in fatal crashes than standard automobile accidents.

In a 2007 study, the NHTSA discovered the amount of alcohol needed was as little as one drink to double the reaction time of motorcyclists. In a test, riders under the influence were found to have faster maximum speeds, increased variability in speed, and were more likely to cross over the circuit boundaries. Riders in the impaired group were also more likely to turn the wrong direction and pass by obstacles more closely than sober riders.

There are many things we can implore other motorists to do to help protect us motorcyclists, but our safety ultimately rests in our own hands. With that said, there are several things motorcyclists can do to protect themselves when others fail to drive responsibly.

We’ve all heard the last five tips in some form or fashion several times. The first tip, however, is less obvious and something of particular importance. Planning ahead is crucial to minimizing exposure to traffic, bad weather, and poor road conditions. Think of direct routes, routes with the least amount of traffic, routes that are regularly maintained, and routes with the most reasonable speed limits for motorcycles in winter weather. Keep these thoughts in mind before taking off on your next winter holiday journey.

Cohen and Cohen, a law firm specializing in motorcycle injury cases, offers another set of tips. 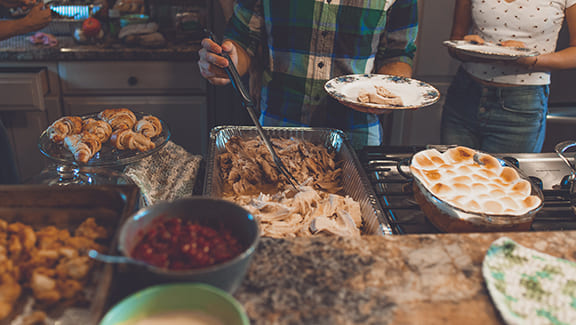 The holidays are a time of celebration, but motorcyclists must recognize and address the increased dangers that come with riding during the winter holiday season. Riding through the winter is a great way to extend your riding season, but you must know the unique challenges that come with it. Alert, defensive driving is crucial to your own motorcycle safety when others fail to do their part. Motorcyclists cannot ignore the possibilities and likelihood of distracted, rushed, and impaired drivers if they hope to survive the winter holidays unscathed.

Everything that has been said about motorists also applies to motorcyclists. Riders should not put themselves into compromised positions by riding under the influence, ignoring traffic regulations, and allowing themselves to be distracted with activities that are not conducive to alert defensive riding. Only you can keep yourself safe, so you need to make sure you are at the top of your game when others are not, all while dealing with more challenging weather and road conditions.

If in doubt, bypass the weather and traffic completely by staying home. If at a party and under the influence, do the responsible thing by calling an Uber or having a designated driver. One bad decision can lead to a plethora of consequences such as increased insurance premiums, a totaled motorcycle, court costs, and even jail time.

Rest up at regular intervals, keep an eye on the forecast, avoid overeating, and be aware of those driving around you. If you can do all that, you’ll find riding during winter holidays is one of the best times to hit the open road on two wheels with nothing but a full tank and the holiday spirit.