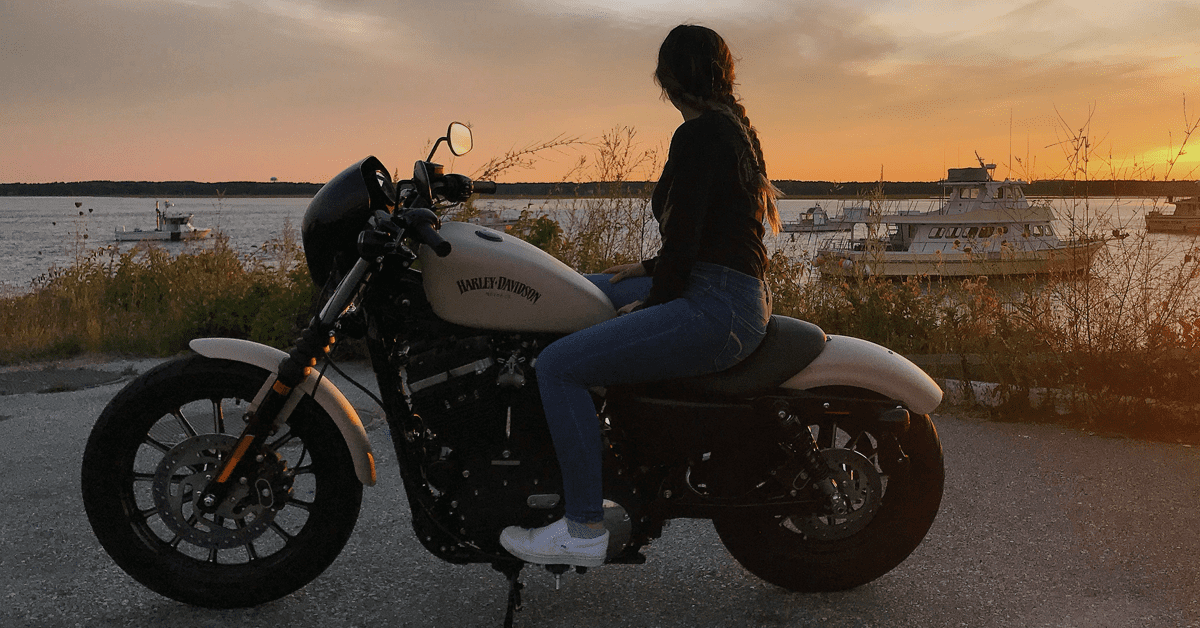 Why did you choose your Harley Davidson Iron 883?

At first I loved the street bike. I wanted to stick with street bikes and didn’t care much for Harley Davidson bikes. My best friend Kim was the opposite and she loved her Harley. After riding for a few years on different bikes, and in different areas, my current boyfriend brought me into the Harley world with his Harley Davidson Street Bob.

I started to like the feel of being on a Harley, so we found the Harley Davidson Sportster on Craigslist and pulled the plug. I fell in love with the color of the bike, the look of it, and the sound of the engine. Ironically enough Kim had switched to a Ninja the year before, even though we both said I’d never switch to Harley and I’d never switch to a crotch rocket.

How did you get into riding motorcycles?

In 2017, my childhood best friend of 14 years Kim, bought her first bike on a whim. A chunky, beat up, Harley Davidson Sportster 1200. She called me up said, “I signed up to get my motorcycle license, you want to do it with me?” I said, “F**k it!” And the rest was history. Neither of us knew how to ride a motorcycle. Before the course, I bought a Yamaha R3 to mess around on and learn while Kim was on her Sportster. Without the influence that we had on each other and her spur of the moment decisions, I would not be riding today if she never bought her bike.

I’m not much of a risk-taker or an adrenaline junkie, but riding pushes me, gets me out of my comfort zone, and lets me experience and enjoying what’s around me in a different way. Today, my inspiration when I ride, I think of Kim. I lost her in April of 2020. It took me a few months to even want to ride. My head wasn’t in the right spot and seeing my Sportster had reminded me of her and how much she busted my balls over it, but also loved it. So when I ride now, I ride hoping she’s with me.

I had already had my personal Instagram. But once I got a bike I was proud of being able to ride as a female. I didn’t know any other female riders besides Kim, so I went with it! I love sharing the little changes that I do it. How people customize their bikes is like art and I want to be apart of that. it’s expensive as hell, and I’ll get my bike to where I want it eventually. Sharing my bikes and my journey on social media connects you to others in the same boat!

What is the best life lesson you've learned from owning/riding a motorcycle?

Honestly every time you ride there is something sort of lesson you get out of it; times you feel cocky you’ll get bit in the ass, always being observant of your surroundings, etc. Personally, being on the bike is where I slow things down. When I’m doing other things, like work or running errands, I’m always trying to rush them and get it done as soon as possible. When I go for a ride, I want to slow down and enjoy it. I just cruise, I don’t want to rip around. I take that time to take a deep breath and decompress while being out enjoying the warmth. Being able to take a moment for myself is special, and sometimes I struggle with that. 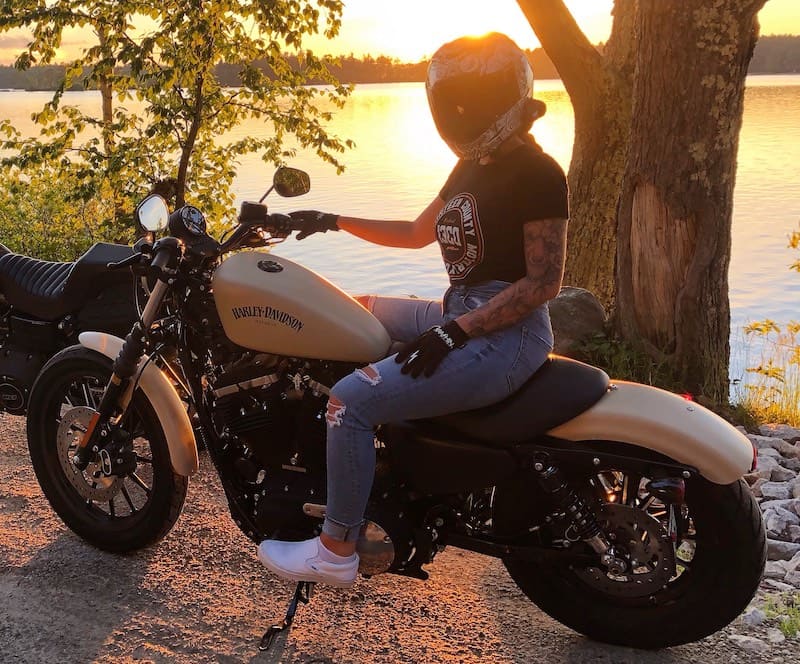 What is the most exciting adventure you’ve taken on a bike?

One of my top exciting memories that will always stick with me was about a month after having my license, my dad and all his Harley-riding buddies decided to do a day ride from where we are in New Hampshire to western New Hampshire. He didn’t really tell me where we were going just said, “Get ya shit on. Wanna come?” So here I am on my little R3 with my dad and all his friends on Road Kings. It took us almost three hours to get to the destination because they need to take a lot of pit stops, but it was worth it. There were roads that had thick forest surrounding you on both sides and roads that were carved right out of a massive slab of granite. The rock face was right up to the road that you could touch going by. It was a long day, but to spend it with my dad and have him show me around meant the world to him.

What does being a part of the motorcycle community mean to you?

I think that being a part of the motorcycle community means to be supportive of each other. We all ride from different backgrounds. It doesn’t matter what you ride, as long as you’re out there enjoying yourself, that’s what’s important. If you can share that moment with others, shoot the shit, have some laughs, then that’s enough for me.

Ride along with Jacky and her Harley Davidson Iron 883 on Instagram!