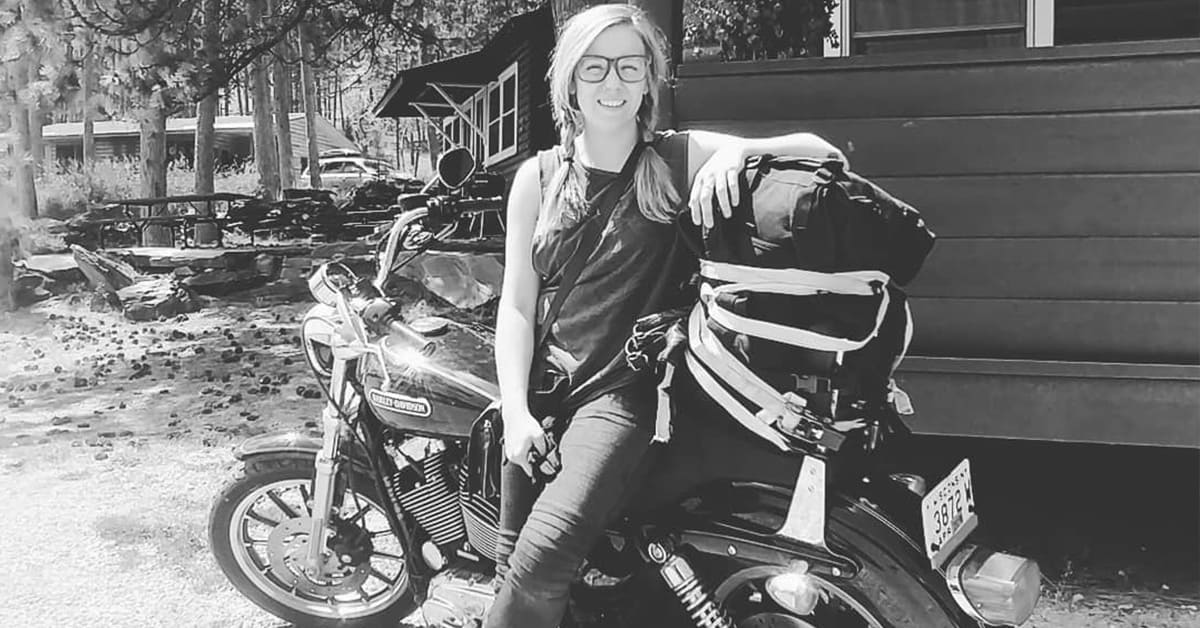 Why did you choose your Harley Davidson?
My current Harley has a pretty cool story, you can read the full thing here, but the short answer is that it was my dad’s first Harley which my mom bought him at 70. He is no longer able to ride, so with a lot of help, I picked the bike up in Sturgis a few years ago and rode it back down to San Diego.

How did you get into riding motorcycles?
I grew up in a suburb outside of Milwaukee, WI. Harley culture is a pretty big deal there, as one can imagine. Every time the weather started to warm up, motorcycles were out. Several of my family members ride and after a few times riding on the back of a bike, I knew I wanted to give it a shot. I honestly wasn’t sure I’d enjoy it, but after I took my first class, there was no turning back.

What inspires you to ride?
Absolute bliss. As a sufferer of anxiety, you’d think riding would have the opposite effect. However, this is one of the only things in life that can both calm me down and put a smile on my face in less than 10 minutes. 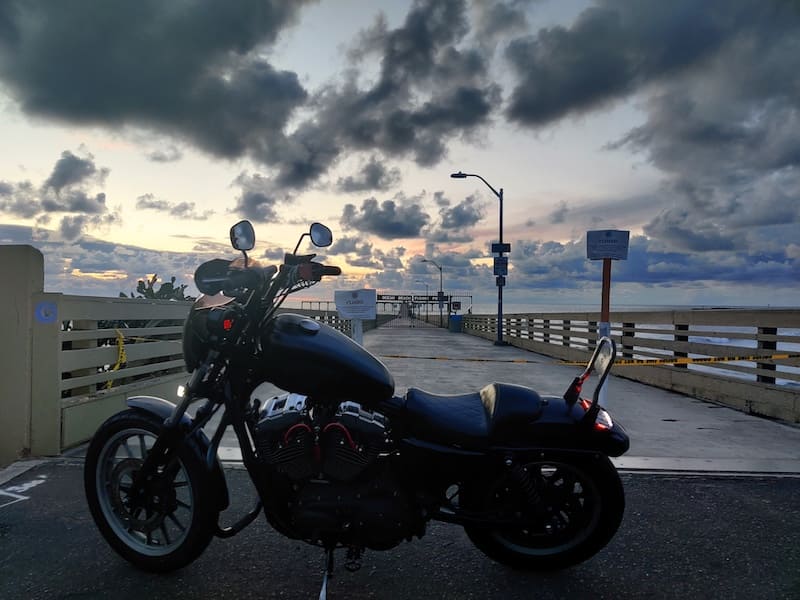 why did you decide to make the Sleazedolls Instagram?
Like any community, I felt a little excluded in the motorcycle community at first. It can be hard to make friends when you’re new to something. I don’t always know the correct terminology and I’ve done some weird shit to my bikes over the years. I knew other people (especially women) have felt like this. When you love something so much you just want to be accepted by other people who love that thing too. Sleaze Dolls was specifically designed for those on the fringe.

What would your top tip be for someone getting into riding?
I cannot recommend taking an intro motorcycle safety class enough. When I took mine, I was the only girl in the class and had really never ridden. I was SO NERVOUS. Basically everyone there had some sort of riding experience except me. But everyone was so nice, so patient, and so willing to help. I couldn’t get the bike properly into neutral for like the first day and a half, lol. Not only is it a great way to see if you even like riding, but you obviously learn the basics. 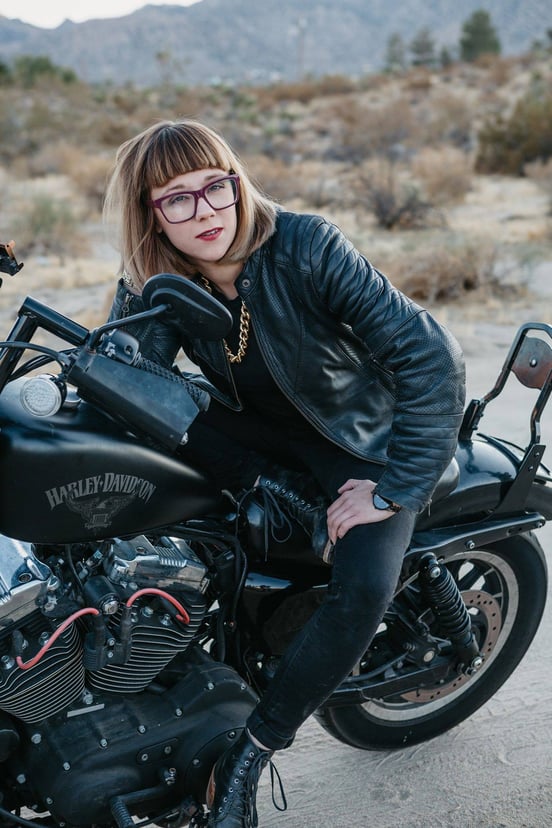 Tell us about the most exciting adventure you’ve taken on your bike.
Riding back from Sturgis to San Diego was a highlight trip for sure — given the vast amount of land and types of terrain you cover. The adventure itself wasn’t overly planned out. One evening, we just slept on the side of the road. It was also the last time I rode with a friend of mine who has since passed away. He had been on the road for a few weeks if I remember correctly. I remember him pulling up in these insane leather chaps and that image of him is forever how I will remember him.

See more of Lisa's Harley adventures on her Instagram.