WWII Motorcycles: All About the Harley-Davidson WLA

A Look at the Harley-Davidson WLA Motorcycle

What sounds more American than a bike dubbed “The Liberator"? Nothing, that’s what. Harley-Davidson’s The Liberator, a WLA model, was used by the United States Army during the second World War, and just 88,000 were produced before peace was declared. But, The Liberator wasn’t the only nickname it was known by; soon, people would refer to this Harley Davidson war bike as “the bike that won the war.”

Motorcycles were commonly used in the war by couriers, police, for escort work, as well as for scouting. To put it plainly, motorcycles were a huge component to the success of the war. In fact, these military motorcycles play a massive part in U.S. history.

Looking for the best place to trade in a motorcycle? Check out RumbleOn!

This infographic sums up specs and other interesting facts about these beautiful machines. 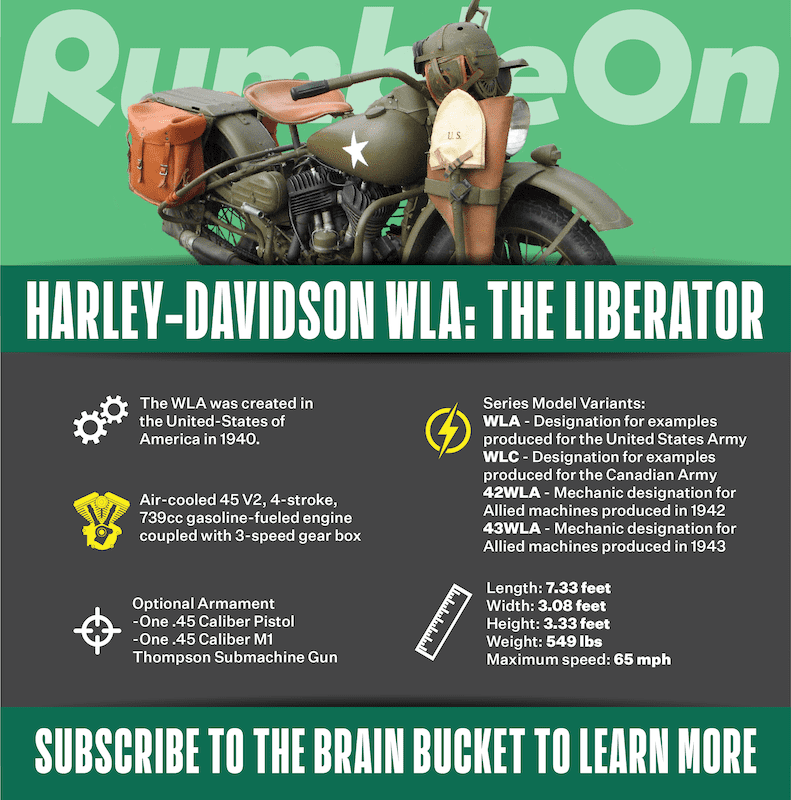 As always, don’t forget to comment below with anything we may have missed! And check out the other articles we have written about the WLA, and bikes like it, on the Brain Bucket Blog!