Millennials Aren’t Riding: Should They Be?

What's the Deal With Millennials and Motorcycles?

It's really no secret, the word ‘Millennial’ has taken on an entirely different meaning these days. Beyond categorizing the group of people born in Generation Y (1981-1991) and Generation Z (1991-2001), there are far more negative connotations associated with this word.

Hear me out, though. This article has everything to do with Millennials, but for all the right reasons. This is a conversation you’ll want to pay attention to because I'm going to address some of the issues facing Millennials and future generations when it comes to riding. 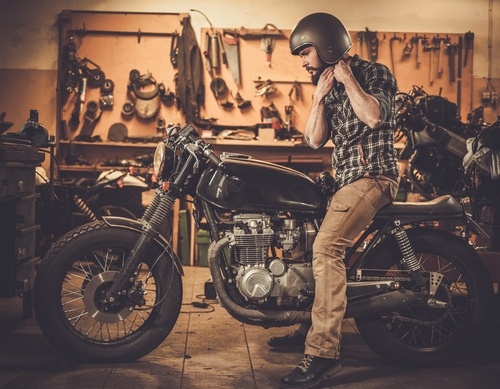 Why aren’t Millennials interested in motorcycles and the biking world?

This is a glaring issue, and probably the most prominent one. If you assumed Millennials are money-conscious, you assumed correctly. As you can imagine, many Millennials are recent college graduates, and this status typically comes with a hefty amount of student loans and other financial setbacks. The fact is, most of them are walking out with dollar signs breathing down their necks.

Most recent graduates aren't able to afford certain luxuries (I certainly wasn't when I was in school), meaning things like food, water, and shelter take precedence. It’s often tough for Millennials to justify shelling out a potential $6,000 for a bike when this money could be used to reduce any outstanding student loan debt. While $6,000 may not be much to a financially established 45-year-old (a member of Generation X, mind you), it's a hefty sum for Millennials.

Come to find out, not every place is equipped to support the biker lifestyle. For instance, I’m far more likely to enjoy riding in the weaving hills of Tennessee, than I am in the ‘raining cats and dogs’ of Seattle. Even so, most busy cities are far from rider friendly as they boast highly over-crowded population levels, which directly equates to higher traffic levels. Typically, the more people on the road there are, the higher your chances are of encountering danger, and bikers are no exception.

With this in mind, college graduates typically flock to large cities in the hopes securing a job. And while cities seem to be the perfect hub for opportunities, they're not always the ideal choice for riding.

Discomfort associated with biking and lack of knowledge:

There’s no way around it—riding a motorcycle can be a daunting activity for those who don’t have the experience. Their fear isn’t entirely misplaced, though, because motorcycles do present certain risks that cars don't.

If you didn’t grow up in a riding family, then motorcycles are not only foreign to you, but also frightening because you probably didn't receive any education about the sport. When Millennials see a bike, these are probably the stand-outs they hone in on: there’s no seat belt, no windows to act as a barrier, and riders are exposed to all of the elements, all the time. Not exactly the ideal model of ‘security,' is it? But, as with most things, educating these wary youths in the art of riding can dispel some of the fears they might initially feel at even the mention of 'motorcycle.'


They struggle to see the benefits of riding:

Millennials struggle to pinpoint the benefits of riding a motorcycle, there's no doubt about that. Instead of considering the good, they see what I've illustrated above, which is a potentially risky method of transportation that doesn't necessarily bode well for their pocketbooks.

But being educated on the wealth of advantages typically isn’t enough to seal the deal for these young'uns either, is it? For Millennials to feel firm on the subject, they'll want experiences and memories to lead them to acceptance, which, when you think about it, is the case for most of us. Without experiences, a change of heart will be difficult to achieve.

It often feels like unless they’re promised a pot of gold at the end of their first ride, we'll never get Millennials on the motorcycle bandwagon. With that said, if we, the champions of riding, can supply answers to the issues I've raised above, owning a bike won’t seem as unattainable as Millennials might’ve originally thought.

Why should Millennials ride motorcycles?

I know, I know, Millennials. Buying a motorcycle seems likely a costly investment at first glance. After all, the money required to purchase your first bike could be better spent elsewhere, right? But, hear me out. Just as cars come in a variety of costs and specs, the same can be said for motorcycles. 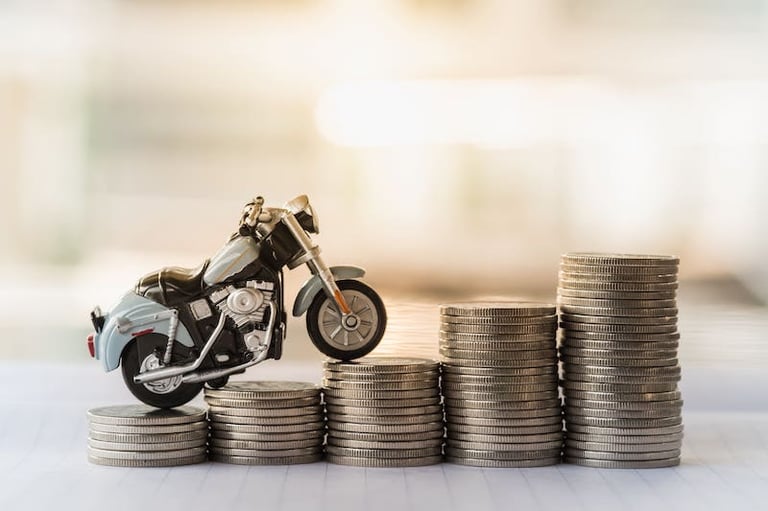 Let us consider the standard cost of a car and compare that with the value of a bike. According to Kelley Blue Book, for a 2011 Toyota Camry, you'd be spending anywhere from $8,000-$10,000, depending on the car's condition and current mileage. But, right now, on RumbleOn, you can purchase a 2011 Kawasaki Vulcan 900 for just $4,995. In this case, you'd be saving upwards of $5,000! How's that for cost-effective, Millennials? Not only that, but you’re going to look a heck of a lot cooler sporting a Kawasaki than you would cruising around in a ‘cookie cutter’ Camry.

And don't even get me started on what you'd be saving in gas. Raw miles per gallon alone, most motorcycles rank supreme in gas savings. In fact, a wide selection of motorcycles can easily achieve 60 MPG, while hybrid cars top out at 50 MPG. Did we mention the cheapest hybrid option has a starting price of $20,000?

At the end of the day, motorcycles are way more cost-efficient than many Millennials have been led to believe. Plus, they’re far more enjoyable to ride. 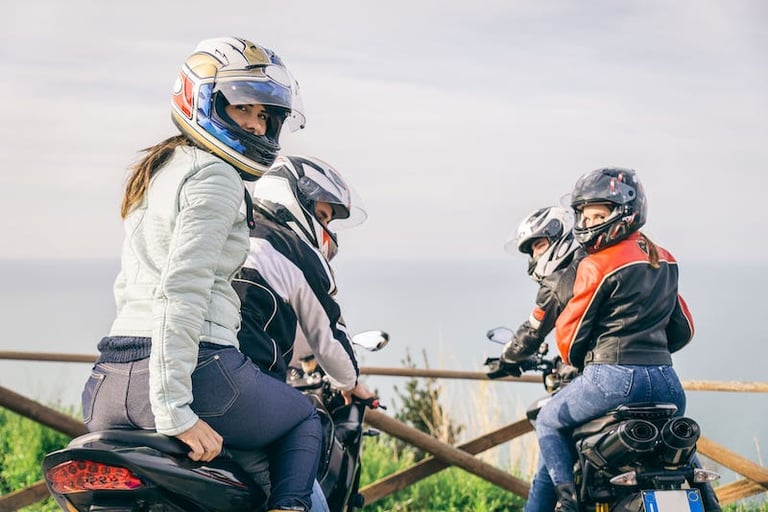 The community and social interactions:

Much like you’d meet new people and make new friends at your local dog park, or at the gym you frequent, you’ll meet so many people through riding. But, beyond that, riding opens doors to a culture you'll never turn your back on once you've been introduced. You’ll meet people who ride for the sake of practicality, people who ride because they just love their bike, and even those who ride because they love the culture.


The sense of freedom:

Millennials, I realize many of you feel like you’re drowning in life's stressors. You’re anxious about finding the right career path; you're stressed about making sure you've cultivated the right relationships; and, last but not least, you're worried about your finances. Any escape from these stressors, no matter how small, is a good thing, right?

Ever considered the freedom from stress you'll encounter aboard a motorcycle? There really is nothing like it. Riding reminds you that you have control of your life; you might not know where you're going, but riding is one of the few times you don’t have to overthink the destination. It's about feeling the wind pushing against you, offering an odd sense of security. It’s about biking into the unknown and embracing it, rather than being afraid of it. It’s about riding at your own pace, surrounded by the beauty of the open road. On a motorcycle, your problems are few and far, far between. 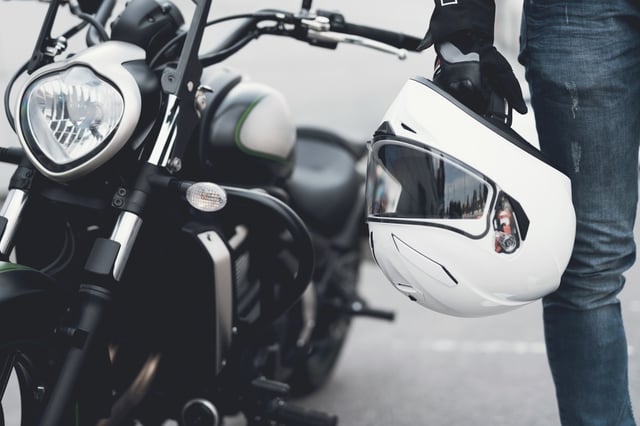 So, Millennials, while you're somewhat justified in your initial thoughts behind motorcycles, I hope I've put some of your concerns to rest. And when it comes to the seasoned riding professionals, be mindful of Millennials, because when these first-time riders are welcomed into the culture, they're less likely to turn their backs on it.

Comment below and let us know if we've changed your mindset! If you’re a seasoned rider, let us know if you ever had any of those initial worries, too!

Start your ride and buy a used motorcycle online without haggle or hassle!

All RumbleOn powersports and used motorcycles for sale come with a full Condition Report, are shipped straight to your doorstep as-promised or your money back, and with a 90-Day Mechanical Guarantee! Read more about online trades here!