Motorcycle Clubs: The History of How Clubs Became Popular

Motorcycle Clubs: The History of How Clubs Became Popular

The culture that comes with riding is one that simply cannot be duplicated. It comes with a brotherhood, sisterhood, and family dynamic that is completely unique to the culture.

It’s a group of people who care deeply about their fellow riders and those around them, and they’re always willing to lend a helping hand. It comes with the territory of riding.

The reason the culture sticks together so strongly? It’s because, back in the day (and even still in some areas now), motorcycles were a foreign idea. Society didn’t understand why people wanted to ride them, so they started to create their own "version" of what it meant to be a biker. There weren’t many riders on the road, so if you ever met another biker, you stuck to them as strongly as you could. You two immediately had this one thing in common that was hard to find anywhere else, and that was exciting. 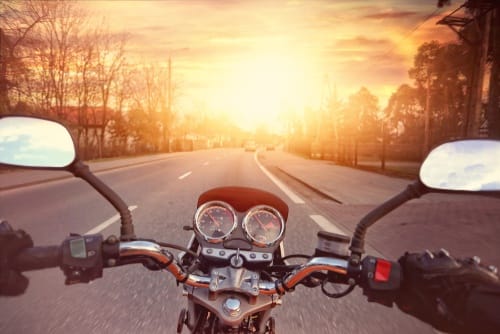 At one point, clubs began trying to make a positive impact on the community. That same selflessness and help that they showed to their friends was an act of kindness that many clubs worked to spread elsewhere. And now, motorcycle clubs are some of the first groups of people willing to jump in and help those that need it.

But how did this start? Let’s jump into it!

It started after the Second World War:

Sure, motorcycles and the culture existed before the 1930's and 1940's. However, this was the huge factor in contributing to what the culture is today, along with the number of people riding. Riding an American motorcycle became a widespread hobby for those military veterans returning from the War, simply because of the sense of adrenaline is provided. Some individuals that fought in the War were taught how to ride while there, and that just wasn’t a feeling they were willing to give up when they returned home.

However, for some, it was deeper than that. The surge of adrenaline that one experienced on the lines of duty could hardly be mimicked, except by one thing. That would be a motorcycle. When Americans returned after fighting in the second World War, merging back into the everyday functions of society was a difficult task, to say that least. By riding, they were able to make that transition an easier and more seamless process.

We can thank the Veterans for some of the first clubs:

Veterans returning from the war created riding clubs as a way to band together. The civilians they came into contact with on a typical day could not, and did not, understand what it meant to be in the War, nor the potential physical, mental, and emotional ramifications that came with it. The only ones that could understand were other veterans. So one veteran picked up a bike and started riding as a means of escape, so did others, until it becomes a full brotherhood.

The first traces of club charity began within the clubs themselves. These riders bonded with each other over their struggles during the War, their struggles trying to adapt to society after returning, and their love for the feeling that riding gave them. When you combine all of those things, you have a group of people that have such a tight bond, most people are never able to understand.

Naturally, when someone in your group needed help or was struggling with something, your brothers and sisters in the club would do everything they could to make things better. Whether that was helping to fix houses after a storm blew in, bringing  food if someone lost their job, or spreading that favor to family and friends. The riding community and motorcycle clubs of today now help those  in need and partake in motorcycle charity events and other motorcycle related charities.

Some of the most notable examples of clubs lending a hand:

This is a club that’s main focus is "to promote a positive image that would be respected in the community and throughout the country." The Georgia chapter helped to rebuild a home for a poor family as part of a Habitat for Humanity Project, along with projects like Feeding America. They also do a variety of different charity rides and charity rallies.

The Bikers Against Child Abuse Club:

This club rocks. The Bikers Against Child Abuse club works with state and local areas to meet with, chat with, and create friendships with kids that have been in an abusive situation. These kids also get the numbers of two of the clubs members, in case they ever need to talk to someone. It’s strict requirements, though: A 2-year process with an FBI background check and club members must attend classes with a psychologist to learn how to properly communicate with the children.

These guys should sound familiar, as we just published an article about the community work they do. These guys rock because they love to spread their help to all areas, whether that’s veterans that need a hand or dogs that need some loving. The Dallas chapter of this club recently helped a War veteran build a fence around his yard so that he could finally get the service dog he needed. They also do an annual, Cinco De Mayo "Hogs for Paws" event, where they ride to help local animals get adopted, along with other charity motorcycle rides. What’s not to like about these guys?

This group helped out the L.A.M.A club with building the aforementioned fence, and they’re a huge, nationally recognized motorcycle club. They focus on helping veteran care facilities to provide meals, clothing, shelters, and kindness towards those who have fought in the War or are returning home from it. They lend a hand toward a variety of other efforts and are great in contributing to other biker charities.

No matter the club you’re a part of and the number of members involved in it, ride hard and ride on!