The Timeline and History of Yamaha Motor Company

The Yamaha Motor Company (ヤマハ発動機株式会社 Yamaha Hatsudōki Kabushiki-gaisha) is perhaps one of the most famous Japanese manufacturers of motorcycles. They have brought us everything from fun and torquey street bikes such as the XSR700 and Yamaha XSR900, to off-roading and tough powersports like the YZ450FX. And let's not forget about their line of impressive sports bikes like the YZF-R1.

But how did this company of many talents get its start? Let's take a look at some of the early Yamaha motorcycles and how much this company continues to progress over time.

Sell motorcycles to RumbleOn, and leave the hassle at the dealership!

Sell a motorcycle and other powersports to RumbleOn in just 15 minutes or less. No gimmicks, haggles, or headaches. We'll even pick up your ride for free! Get a cash offer for your bike now.

1955: The founder of Yamaha Motorcycles, Genichi Kawakami, leads the company in the production of the first Yamaha motorcycle made. It was the YA-1, a 125cc, 2-stroke single-cylinder street bike that was a racing competitor from the start. It won the 3rd Mount Fuji Ascent 125cc Race along with many other races in Japan.

1968: The world's first dual-sport motorcycle, the DT-1 Enduro, was introduced. The bike had on- and off-road abilities and was hugely popular in the US. This same year, the first snowmobile produced by Yamaha was released. The SL350 was a 2-stroke twin-cylinder snowmobile that was the first of its kind to have slide valve carburetors.

1973: Yamaha begins testing new markets with their newly-introduced ET1200 Generators. This same year, the RD line and the TX500 was released.

Video source: Z1RD1
1977: To appeal to their American market for motorized products, the Yamaha Motor Corporation, USA, was founded as a separate identity from music and electronics.

1980: Yamaha opens a corporate office in Cypress, California, and the first 3-wheeled ATV, the YT125, was sold in America. This same year, the XV1000 and XV750 Special were released.

1984: The FZ750 motorcycle debuted the first production 5-valve per cylinder engine. This same year Yamaha introduced their RZV500R and the YFM200, which was first 4-wheel ATV in the US.

1996: The First Yamaha Star Cruiser was introduced with the 1300cc V4 Royal Star.

1998: The first 4-stroke motocrosser to be mass produced hit the market with the YZ400F. This same year, the introduction of the YZF-R1 set the standard for open class sports bikes.

1999: The Venture Royale, which had been in production from 1983 to 1993, becomes the Royal Star Venture touring motorcycle.

2005: Yamaha captures the MotoGP triple crown. They had the winning rider, manufacturer, and team titles. In 2005, the MT-01 was introduced.

2006: The Star Motorcycle becomes its own company. However, Yamaha handled all the production and distribution of the cruiser motorcycles.

2016: The Yamaha  XSR models such as the XSR900 and XSR700. Yamaha decides they will go back to producing Star Motorcycles under the Yamaha name. 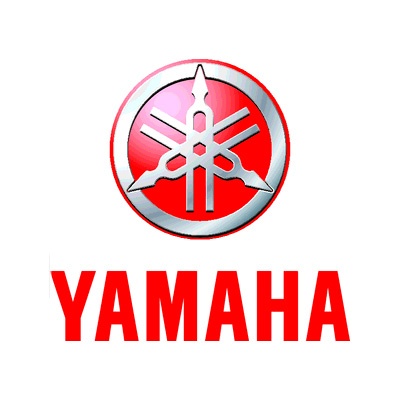 "Sell your motorcycle for free to RumbleOn and they'll pick it up for free!"

RumbleOn is a ready buyer of all powersports, so when I needed to figure out how to sell my motorcycle, I knew I could count on them to get the job done. Their specialists were there every step of the way, from paperwork to pick-up, and I got paid the very same day I accepted my free cash offer. Plus, my bike stayed in the garage until I was paid, which gave me peace of mind that I wasn't being scammed!