Meet Zee. She Rides, She Travels, She Doesn’t Mess Around.

Life is more than just a to-do list for Zee Traveler; it’s an opportunity to explore foreign territory and to find people who share her interests and passions.

Founder of Minimalist Motorcycle Vagabonds (MMV), and a facilitator of the Bunk-a-Biker (BaB) Facebook group, Zee Traveler is a seasoned world traveler and a modern-day visionary. 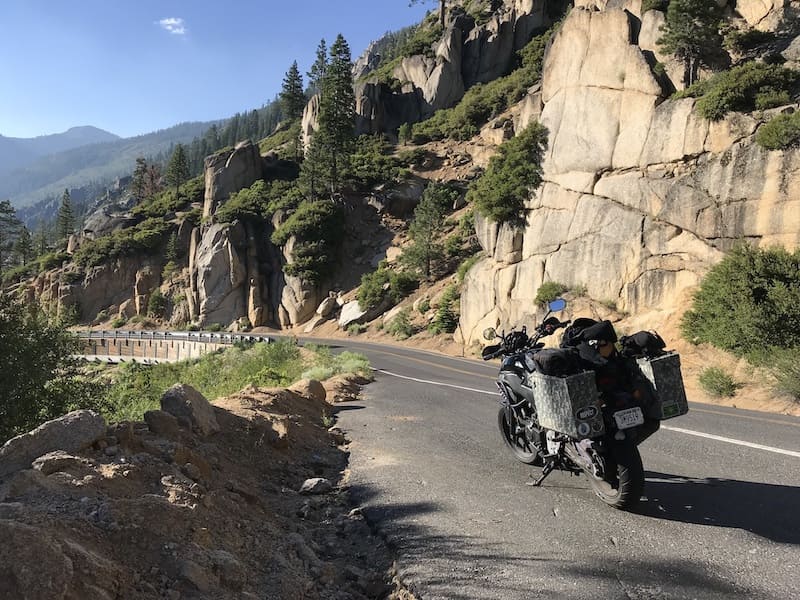 Trade a motorcycle online with RumbleOn, and discover your next adventure.

Trade in motorcycles for a ride that’ll take you to infinity and beyond (not really, but you get the gist.) RumbleOn has the widest online selection of used powersports for the adventurer in us all.

An Oklahoma City native, Zee has ventured well beyond her home state’s lines on three different motorcycles, including a 2013 Honda CB500x, a 2010 Victory Cross Country, and, the most recent, a 1991 Suzuki DR350.

“It's older than I am and has its quirks,” said the 27-year-old. “I've gotten used to it and have fallen in love with its lightweight, amazing suspension, cheap parts, ease of mechanical work, and the thumping sound of a single cylinder.”

Since the age of 17, Zee has been wholly committed to riding motorcycles both recreationally and as a primary form of transportation, and has “consistently been with one for the last 6-7 years.” And while some riders fervently believe there’s a ‘perfect’ bike for everyone, this O.G. Vagabond says you'll never get on the road if you wait around for the perfect set of wheels. 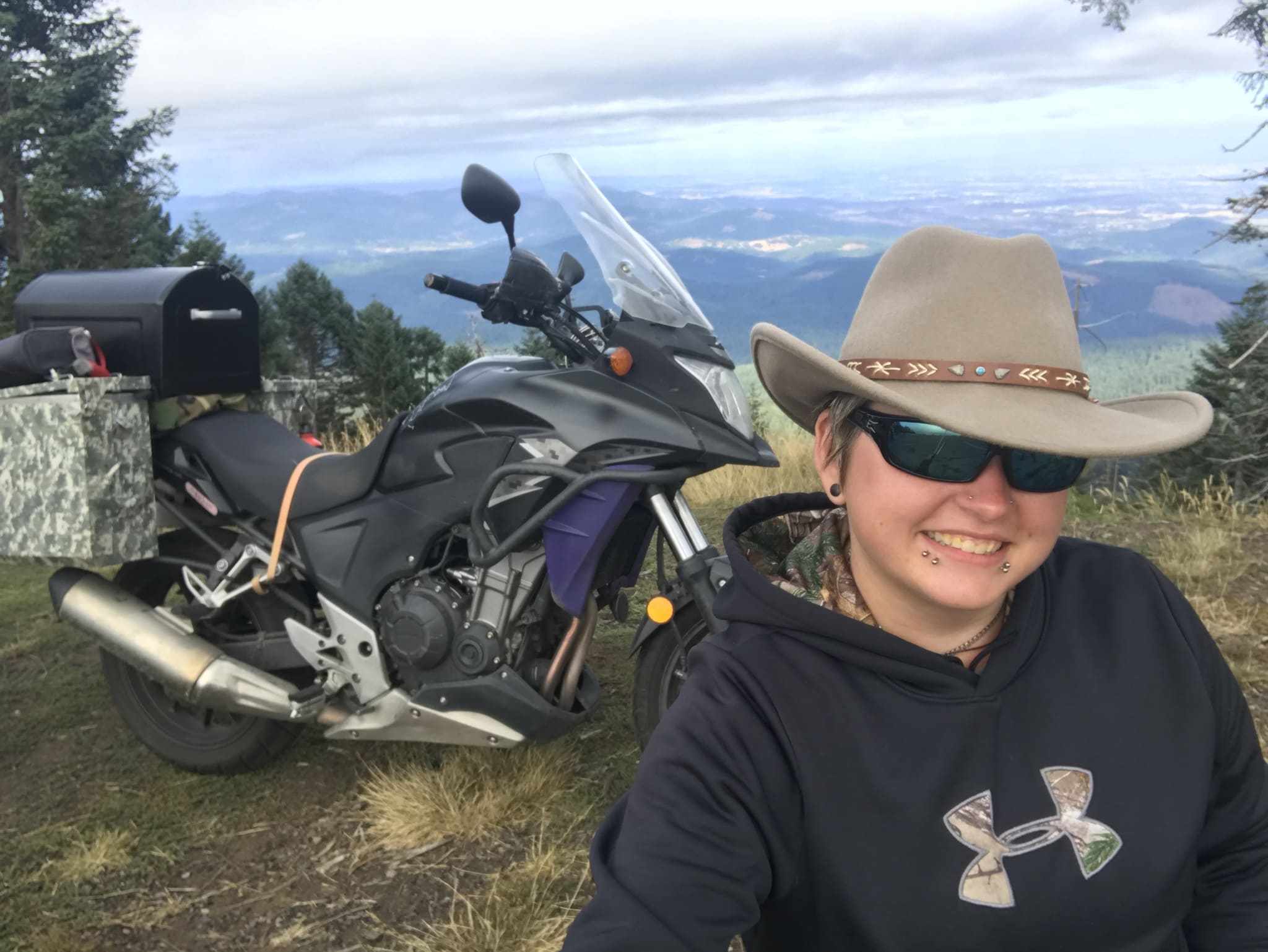 “All I hear is ‘That bike isn't right for what you want to do with it,’ and it's boo-boo,” Zee explained. “The best bike to have an adventure on is the bike you have and the bike you love. ‘Cause when it breaks, and it will, if you don't love it... Well, it's not hard to kick a bike off a cliff.” 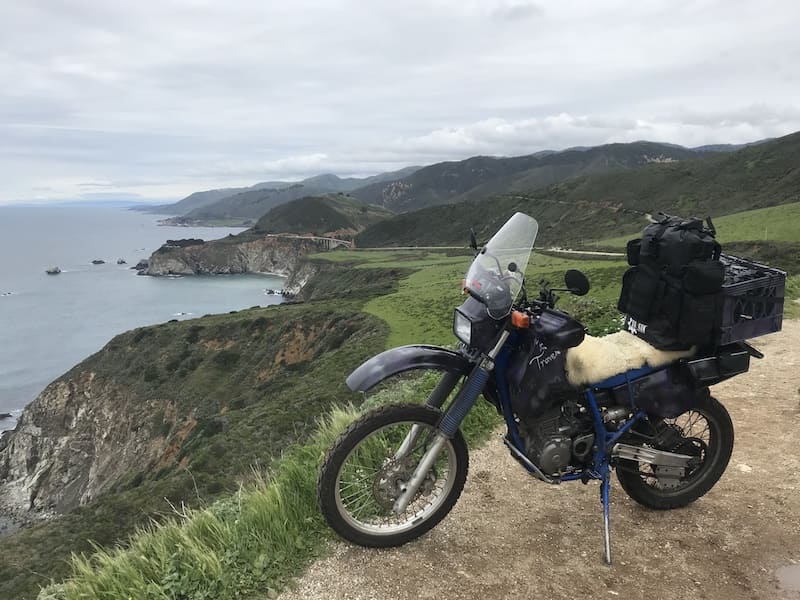 It’s plenty safe to say that Zee is more than just a tourist in the countries she’s visited so far; she’s an adventurer in every sense of the word. Just last month, the MMV Founder arrived back in the United States after exploring Hungary, Romania, and other parts of Eastern Europe. During her stay, she received accommodations by locals via Park4Night, Motorcycle Tours, a Romanian group referred to as ‘Free Accommodations for Bikers,’ as well as WomenADVRiders.com.

And, of course, traveling abroad comes with its own set of challenges.

“I think the most intimidating thing about traveling abroad is the language barrier,” said Zee. “It's a real struggle all day, every day. Shopping is hard, ordering food is hard, reading signs is impossible. But you work it out nonetheless and still have a good time.”

Regarding our neighbors across the pond and their views on the biker community, Zee said the One-Percenter stigma is confined mostly to the United States, and that motorcycles aren’t feared, but respected in many parts of the world. 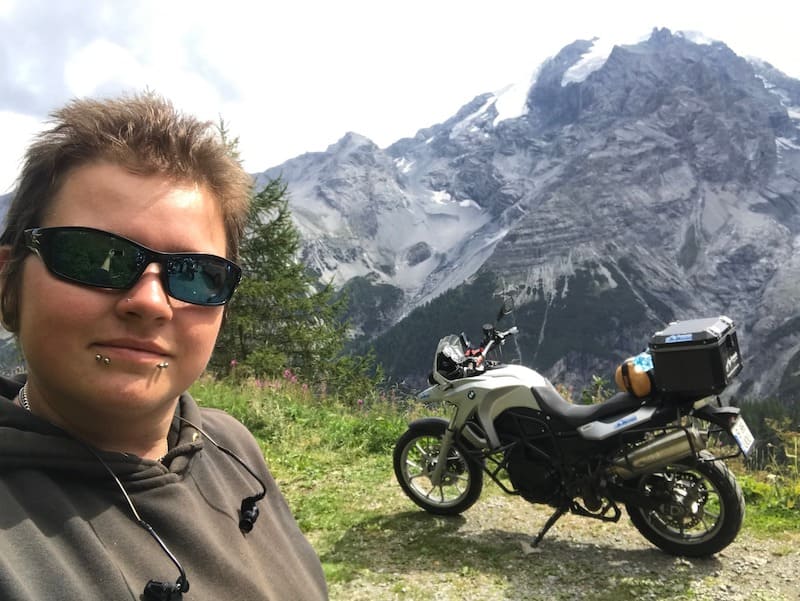 “When I was riding mountain passes in Italy and Austria,” she explained, “there were more bikes than people. I think there's less stigma for us [than] in the rest of the world because, [overseas], they know it's just another form of transportation, and a valuable one.”

The traveling biker started using Bunk-a-Biker back in 2017, and recalled a particularly memorable stay in Pennsylvania with a BaB host by the name of Tim.

“I met him and his live-in tenant Gaynil and had an amazing time,” she reminisced. “A storm knocked the power out one night and we played cards under my solar light until midnight. Then we had this amazing view of fireflies all across the field due to there not being any light pollution. It was a beautiful experience.”

Presently, Zee plans to explore as much of Eastern Europe and Central and South America as she can because, according to this biker chick, “The adventure doesn’t stop.” Apart from touring foreign countries, she’s also passionate about forging connections with the hosts who accommodate her, as well as with the local community. And despite her young age, her experiences have taught her many life lessons, including the importance of accepting help. 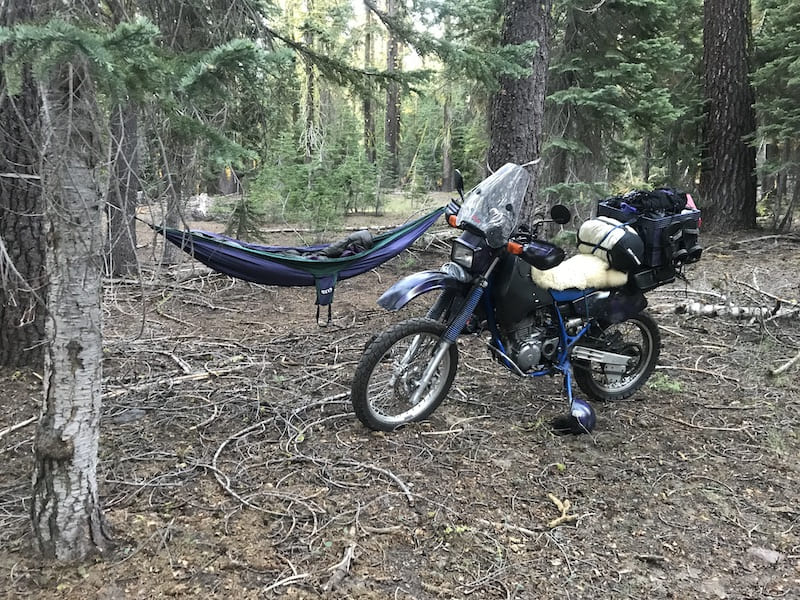 “MMV and BaB have taught me to be humble, to accept help, and that there still are amazing people out there,” Zee said. “It's helped me to find people I relate to and has given me so much pride to inspire others to get out in the world and see that it's a better place than the media shows you.”

Trade cars for motorcycles, and anything in-between, when you shop RumbleOn.

Browse our extensive selection of used vehicles for the perfect dream getaway motorcycle, car, truck, or SUV. Find a used motorcycle for sale you like on our site? Sell any ride that’s collecting dust in your garage and use the trade-in value to buy a motorcycle online from RumbleOn that’s worthy of your next great adventure. All Rumble Ready purchases are covered by a 3-Day or 150-Mile Money Back Guarantee, a 90-Day Mechanical Service Contract, and a full third-party inspection. Plus, we’ll ship your new ride right to your door! Start your adventure today.