Why I Would Ride a Motorcycle During a Zombie Apocalypse

Motorcycles and zombies: Why a two-wheeler is the best choice in the apocalypse

So, zombies and humanity don’t really go together. Let’s just say they don’t compliment each other like peanut butter and jelly, especially with all the brain-eating. The reality is that the world actually wouldn’t be a very fun place if a zombie apocalypse were to happen. But you know what could make it better? A motorcycle.

There’s a variety of practical reasons as to why a motorcycle is the superior choice of transportation when the world is ending. There might even be a couple of reasons that will surprise you, but that’s what I’m here for. I’m more prepared for this day than I’d like to admit, but that’s a little embarrassing, so let’s just jump into the logic of why a motorcycle is great during a zombie apocalypse.

Why would you run for your life when you can ride for your life? Sure, there are cars that are great in the area of speed, but when it comes down to the majority, the motorcycle is going to be your answer. Why worry about zombies when you can travel faster than them? That way, you can go to a new place, and by the time the zombies catch up to you and try and ruin your life, you can move onto the next one and be safe for an extended period of time.

They’re much easier to hide. 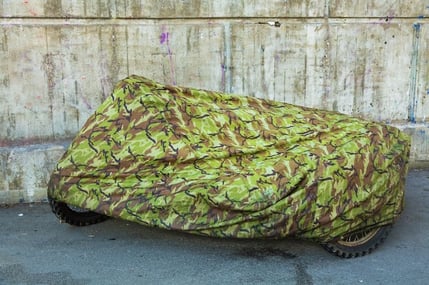 When the world is coming to an end, there’s a good chance that the person you thought you were friends with will actually try and steal from you to survive. Friendship and survival don’t really go hand-in-hand, so you’re going to want to make sure you keep the important things close to you. A motorcycle is much smaller than a car, so when you want to hide it from people looking to steal it, it won’t be a hard task. Let’s be honest, having your motorcycle stolen from you on any normal day is frustrating, but having it stolen from you when you’re surrounded by zombies is so much worse.

You know what would stink? Driving your car during the end of the world, only to have to deal with sudden maintenance issues. Do you think a nearby mechanic has an appointment open for you? Nope, not when the world is ending. So, in this case, a motorcycle is your best choice. They run into fewer issues, so you don’t have to stress out as much about being stranded on the side of the road. Speaking about being stranded…

You won’t be guilt-tripped into picking up strangers.

You’re driving down the road, listening to some end of the world music (Highway to Hell, maybe?) and you see a couple of people stranded on the side of the road, hoping for a ride. Now, if you’re in a car, you have to have that inner debate of whether or not you should stop. You have the room, and you have morals, which makes you think you should let them in. But what if they plan to just steal the car from you? What a dilemma. When you’re on a motorcycle, you don’t have to worry about pesky morals, because you don’t have enough room for them, anyway! 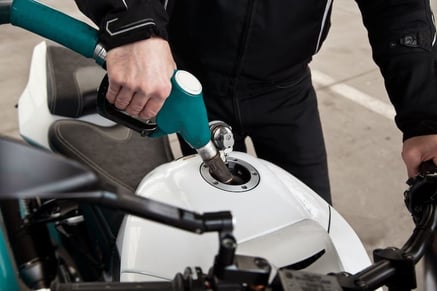 Okay, yes, eventually you will run out of gas. Where will you find more? Who knows, you’re not thinking that far ahead! But, when it comes down to it, a motorcycle will get you farther before running out. And when it comes to the zombie apocalypse, your first agenda for the day is going to be to get as far away as possible. Give yourself the most to work with and just choose the motorcycle!

You have a way better chance of going off-road!

Have you ever tried to take a minivan through the woods? Yes, it doesn’t go as well as you’d think. But if you have enough foresight, it goes exactly as well as you’d think. You never know when you’ll have to ditch the road because eventually, people will ditch their cars and travel on foot. They will create a bit of a traffic pileup, but with a motorcycle, you’ll have a more successful chance of traveling off the road, especially if you're a wiz with motorcycle mods.

Don’t forget, there are way fewer tires to worry about puncturing!

Getting a flat tire is something you’ll have to worry about when the road is covered with glass, nails, and other things we won’t talk about. The more tires you have, the more worry you have. But a motorcycle only has two tires, so that really decreases your stress level! Unless, of course, you do end up getting a flat, because then you only have one that actually functions. Eh, you’ll worry about that later when you have zombies trying to chew your arm off.

There’s probably not going to be any cops around to write you a ticket, and when you’re stuck in traffic that makes Super Bowl traffic look like child's play, you’re going to be so thankful for your bike. You can just weave in-between other vehicles so that the zombies can’t get you. Is it rude to cut in traffic? Sure, but you have more important things to worry about, and your polite-o-meter won’t be a priority.

We hope you have a fun, safe, and spooky Halloween! Thought of a funny reason that should be added to this list? Let us know down in the comments!