Why did you choose your Harley Davidson Sportster Iron 1200?
I was scared of Harley at first because all I knew was vintage cafe racers, dirt bikes, and sport bikes. I thought if you owned a Harley Davidson you were probably extremely buff and a little insane. It came down to a boyfriend peer pressuring me into it so that we could ride together (he also had a Harley). He told me it wasn’t insane, but badass, and I’d never thought of myself that way before. I don’t know which of us was right though, because my first Harley was a chopper—No front brake, no speedometer, no horn, no turn signals, no front fender…pretty bare. I still thought it was insane, but it was unlike any other motorcycle experience I’d had to date in a sensational way, so I kept buying Harleys after that.

How did you get into riding motorcycles?
When I moved to San Francisco in 2003, I quickly got tired of taking the city bus, so I got a little Vespa scooter. After 2 years, I wanted to get out of the city and go faster, farther. I bought a 1969 Honda Scrambler (350cc) and figured out how to ride it. I used to think it was so loud.

What inspires you to ride?
Riding motorcycles has taken me to places with less people and more nature. I get to feel my smallness in the world there. Other times, I just need to feel a speed thrill. Both are great. 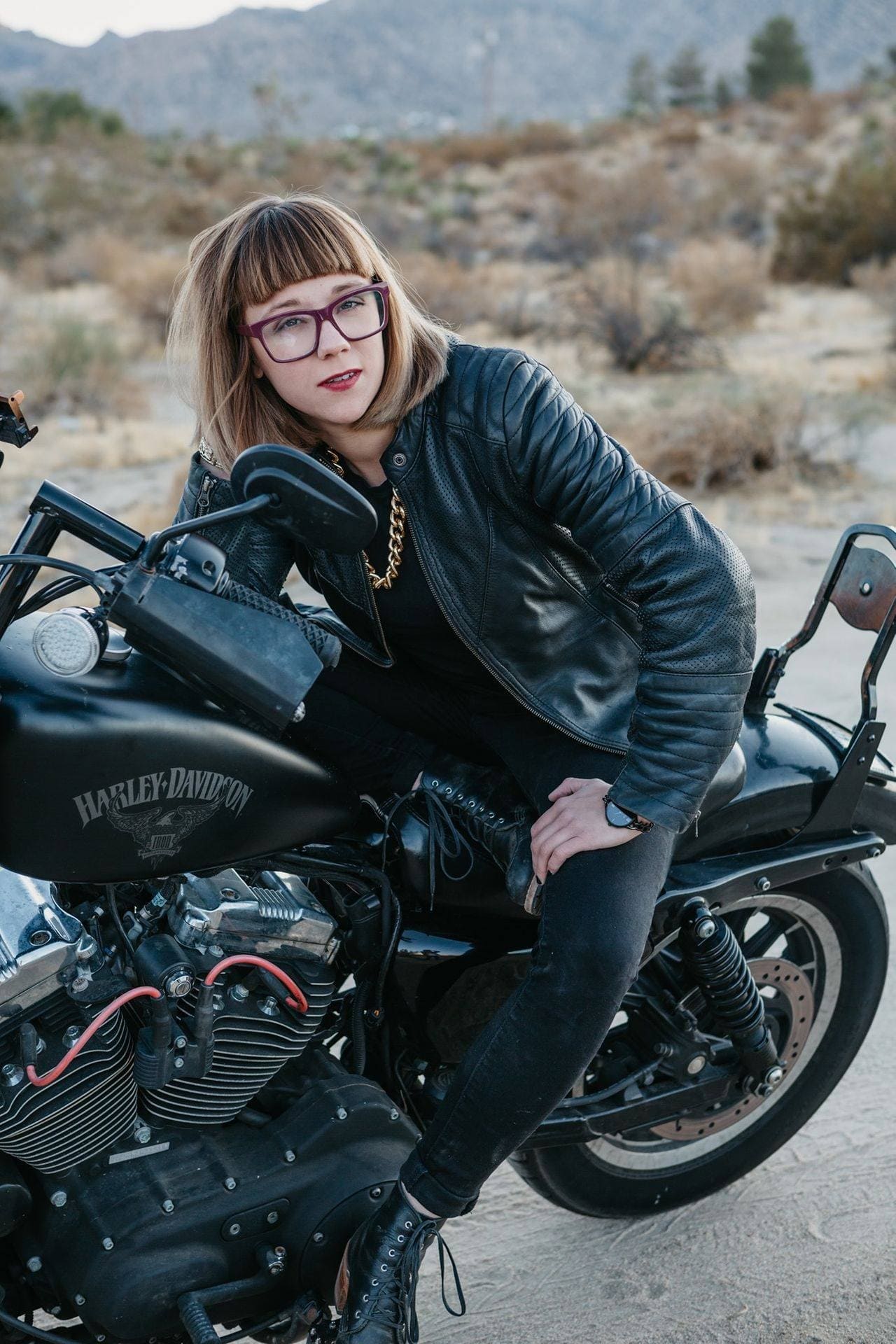 How did you get into custom painting helmets and tanks?
I got an art degree in painting, so I’ve been standing at walls and canvases a while. Initially, I was intimidated by the learning curve of using enamel and automotive paints, but finally got sick of looking at the stock decals on my bike, knowing I had the power to change it to reflect who I wa, so I painted it. After that, my friends began to trust me with their tanks, and eventually helmets. I started putting my work in motorcycle and art shows where more people then started inquiring about commissions. It made sense for me right away—I was mixing together the two things I loved the most.

What would your top tip be for someone getting into riding?
Ride often. The more you ride, the more you’ll encounter challenges and rewards on the road. You’ll learn a lot. Just ride within your skill set. If your friends ride fast and you don’t, don’t worry. If they’re your real friends, they’ll go fast and then wait for you. 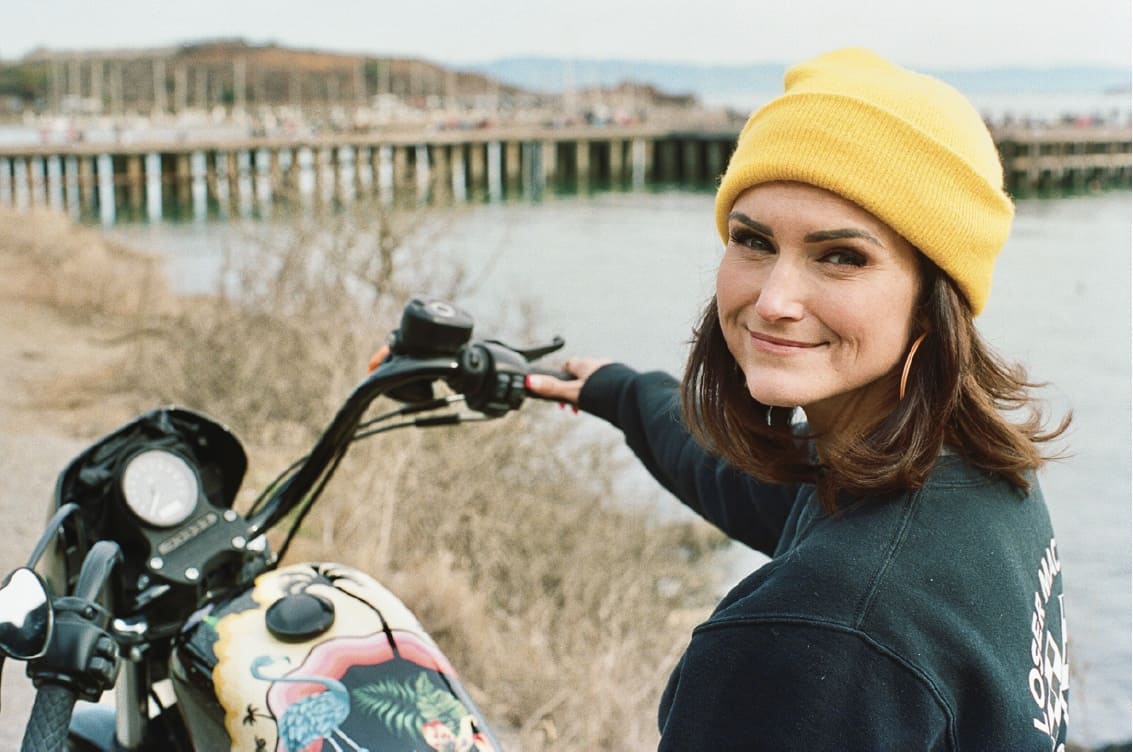 What's the most exciting adventure you’ve taken on your bike?
Hmmm….There’s really no one experience I could single out as the best, because they happen all the time, and they’re all so unique. My ignition coil broke off once in Death Valley, hanging by the spark plug wires. It was just banging against my motor as I rode, sparks flying everywhere. 110 degree heat and not a car, or speck of civilization, in sight. That was pretty exciting! Thank god for beefy zip ties.

We made it to my Dad’s house in Vegas after that. We thought we deserved a day of partying on the strip for our ingenuity. Meanwhile, my dad spent the day secretly welding part of a metal bed frame onto the coil to hold it in place. He surprised us that night as we stumbled in the door. We then rode to Costa Mesa, California the next day.

Is there anything else you’d like to share with our audience?
Be kind to each other no matter what kind of bike someone rides. Also, hire me.