It’s said that freedom isn’t free, it’s paid for with the blood and sacrifices made by our nation’s most selfless of heroes; our nation's warriors, those who answer their country's call with honor, legacy, and courage.

These veterans and service members are ready to sacrifice their all so that others may live free, and often, these sacrifices seem to be taken for granted. Too many times do our nation’s heroes return home to a system that fails them; to rampant homelessness, loneliness, and not feelings of being understood, but instead, left behind.

However, one motorcycle club and non-profit is setting out to change that.

One of Many Veterans is an all-veteran motorcycle club based in Michigan that is comprised of members from all branches of service. Their mission: to support fellow veterans and their families by making every American mindful that freedom comes for a price, a price that’s paid by our country’s heroes. 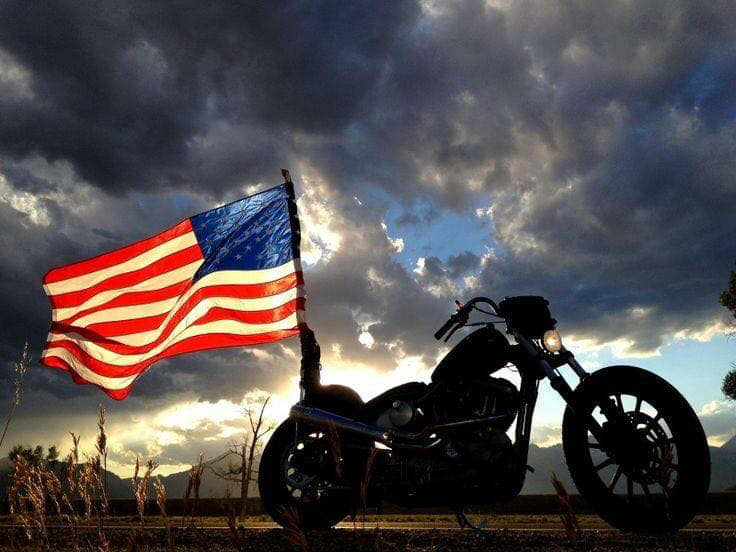 “Our name, One of Many Veterans, speaks loudly of who and what we are. We are true Patriots of the United States of America, with a desire to ride for freedom and to ride for our cause,” said OOM VMC Founder, JJ. “As the founder, I deployed to OIF 06-07, and upon returning home, I saw a need for my comrades to have a place to go together and be around like-minded people in a judgment-free, empathetic environment. A motorcycle club filled that need in more ways than one.”

The club unwaveringly shows their support to current and past American troops and instills in the heart of every American to always remember those who had given the ultimate sacrifice when they were called upon.

“We are dedicated to the club each other and our families and to help other  veterans. We ensure that we take care of our own and willing to go out of our way to do so.” 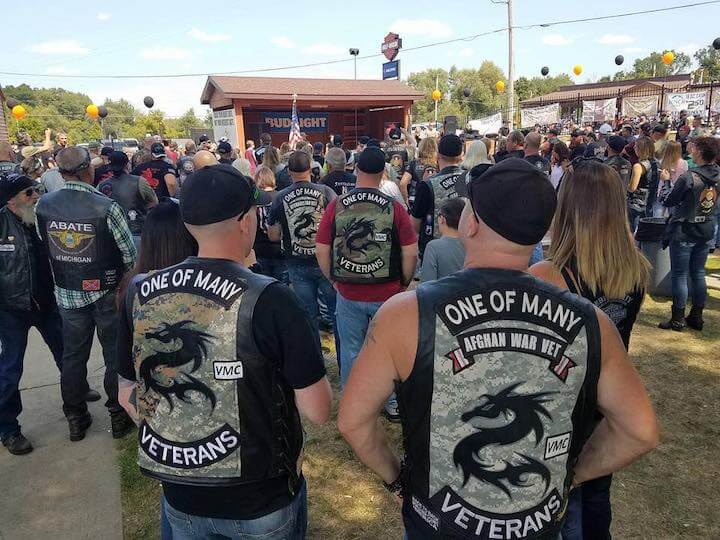 “The patches we wear are meant to tell something about the people wearing them, namely that we all believed in the U.S. strongly enough to have served in its Armed Forces, or are currently serving in order to defend the freedom we all enjoy; that we will forever defend and protect the Constitution of the United States against anyone who seeks to harm or destroy it,” JJ continued.

Not only does the OOM VMC work to support their community through outreach and charity, but the group of veterans has created a strong support group for their members that entirely consist of veterans and current service members.

“This club was formed for likeminded military veterans or current serving service members to ride bikes, hang out together, and support each other,” said OOM VMC Treasurer, Big Smooth. “We have had members that struggle with civilian life; we have had members that have struggled with financial issues.  We will always have each other’s six no matter the problem. You are NOT alone with One of Many VMC.” 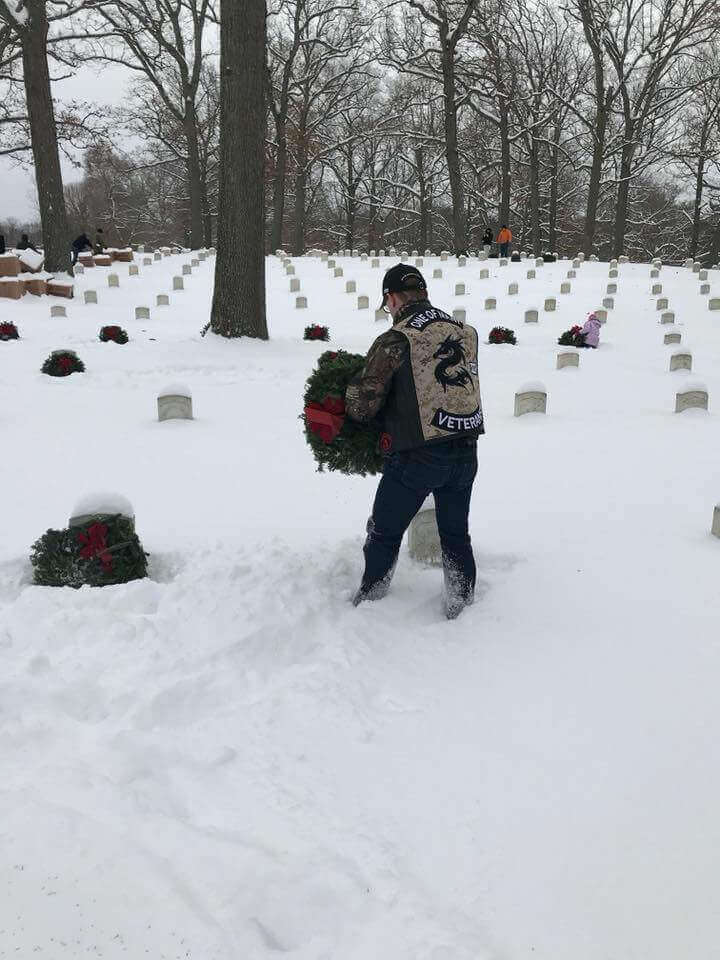 “These brothers knew they had a bond like no other and would need to help each other back home on US soil,” said OOM VMC President, Deerslayer. “We start internally to bring brothers together with a common bond of riding motorcycles, feeling comfortable with discussing your pains with someone you feel comfortable with. Once good within, the ultimate goal is ‘Veterans Helping Veterans.’”

“Many of us felt lost separating from the military,” said OOM VMC Road Captain, Tewbacca. “This club gives us a sense of mission again, goals to take care of our brothers and sisters in their darkest hour.”

From cancer benefits, visiting fellow veterans in the hospital, donating essential household materials to those in need, and everything in between, the OOM VMC shows true dedication; their passion for their cause is apparent, and they’re making a difference in their community. 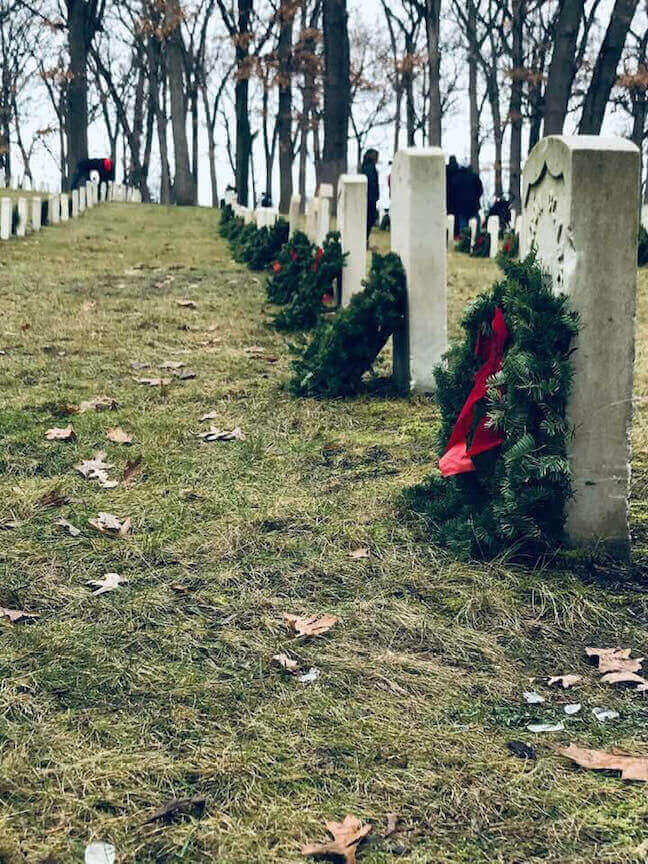 “Clubs raise more awareness, raise more money,  and run more charity events than most organizations,” Tewbacca said. “Someone is in need...it takes one call, and you have and an army of riders at your door. I have had the honor of participating and escorting many fallen brothers and sisters on their last ride it gives me great pride to be able to do that for a family.”

“We are always there for our Brothers, and no matter what the circumstances are, we will always have each other’s backs.”

“Motorcycle clubs in general sometimes receive a bad name,” said Deerslalyer. “I have not met or been associated with any club in Michigan or surrounding states that have not done charity work, or support our mission. The motorcycle world has done more in charity work than any other organization could think of. We ensure that we are able to assist as many vets as we can with donations from Family, Friends, Supporters and surrounding MCs that we raise as a non-profit.” 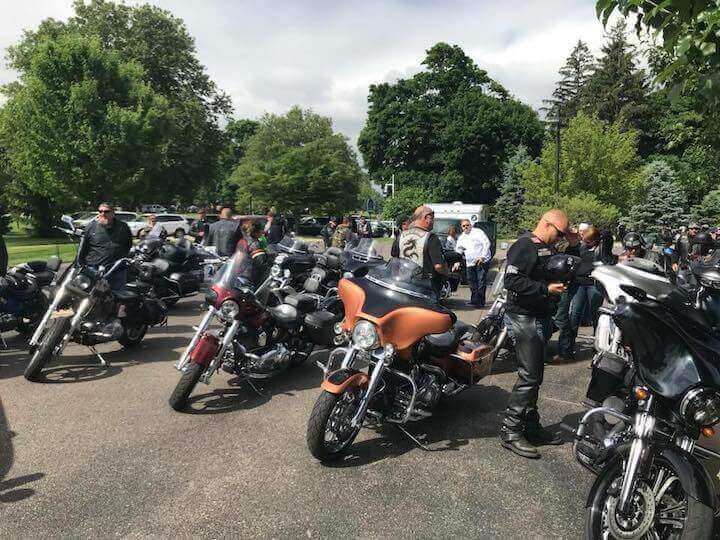 “When I joined, I envisioned helping as many veterans as possible and when not possible finding out who could help when needed,” said OOM VMC Secretary, Lil Smokie. “The club has gone above and beyond my expectations. My club brothers never cease to amaze me with what we do when we put our heads together. Every penny we make doing fundraisers or donations we get is put back toward the veteran community.”

It takes huge hearts and true belief in a cause to be as dedicated as the One of Many Veterans Motorcycle Club. For their members who have already shown their honor, courage, and commitment to their duty and country above all else, to then selflessly serve others in such a way is truly inspiring. The One of Many Veterans Motorcycle Club stands up for their veteran family when they need it most. “Family,” as Deerslayer said, “doesn’t have to be blood.”

To read more about the One of Many Veterans Motorcycle Club, or to donate to their cause, visit their Facebook Page. 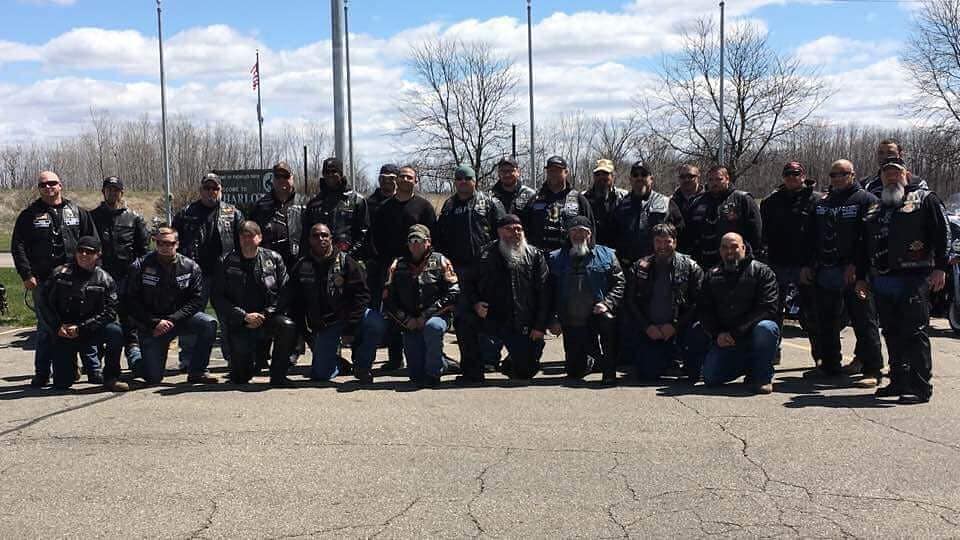 RumbleOn Always Thanks Our Nation's Heroes

Just like the dedication of the One of Many Veterans Motorcycle Club, we also want to show our unwavering support and thanks to our nation's military and first responders. Read more about our Hero Thank You program here, and, as always, we humbly thank you for your service and sacrifice.