The Price of Royal Enfield Motorcycles Will Shock You

The downside? It's not American made. The upside? It's not American priced. There are tons of motorcycle brands out there in the world, but not all are created equally. Every brand excels in in a different area, a different style, and a separate function. And while we love and are proud of our American made motorcycles, that doesn’t defeat the fact that there are brands focused on other countries that can be climbing up the ranks rather quickly.

A brand that is surprising everyone with its increase in sales in the past month alone? Royal Enfield. This company had actually originated as a British motorcycle company but later became an India located company. However, the kicker in that giant leap from very different countries? The motorcycle style and design have seemed to keep its original British function and flare while transitioning into more modern features such as creating an electric motorcycle.

With the release of bikes like its Interceptor 750 and its Continental GT 750, in January alone, Royal has seen a 31% increase in sales when compared to this time last year. This is a pretty significant increase in one month alone, which is why it has people curious about the brand and what they can contribute to the industry. Their most significant competitors, when it comes to looks and essential functions? Harley Davidson and Indian Motorcycles. 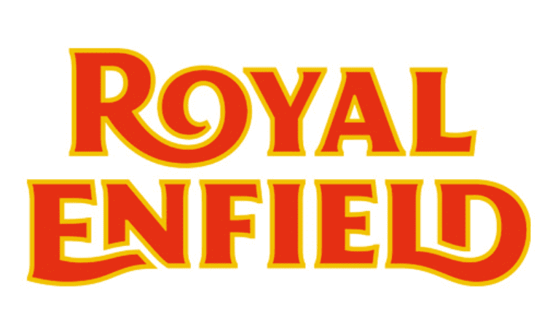 Eicher Motors, who owns the Royal Enfield motorcycle brand in India, has stated that the growth continues at a steady rate and 77,878 bikes of various models sold in combined domestic wholesales and exports. This bike brand has been selling a lot of attention by Harley, triumph, and Indian lovers because of the visual similarity and appeal that they all have. Royal Enfield’s most popular bike on the market for those that love the look and style of Harleys, would have to be their Thunderbird 350.

The Thunderbird 350 is a really beautiful bike, especially when you take a look at some of the colors they offer, like asphalt and lightning. This would be a bike that Harley owners could be pretty easily attracted to, and it packs a punch, too. It’s got a 20-liter tank that will help offer it some extended range, a digital meter, and a removable rear seat that allows it to become a luggage carrier for those long drives.

This bike is surprisingly agile on the road, and its 350cc engine helps to it adjust to all riding foundations. It is a smooth, easy ride, so there’s not much more you can ask for. Now, to get your hands on this bike, odds are it'll have to be shipped to you from another country, depending on where the bike is located. Since headquarters are located in India, though, you can expect most bikes to be shipped from there. The shipping alone will cost you anywhere from $1,000 to $2,000, so you’re probably wondering why you’d even buy this bike when you have also to pay shipping prices, right?

Well, because the shipping and bike price combined is still less than other American bikes of the same quality. The cost of a used Thunderbird 350 with very low mileage and that's in excellent condition? $2,300.

Yes, it’s that cheap, and it’s no surprise as to why this motorcycle brand's sales have increased. It’s not every day you can get that classic motorcycle look—which the company has kept with its British roots—at a price that is that low. And sure, having to have anything shipped overseas can be an adventure of its own, but when you can be saving thousands of dollars for something that’s very, very similar, it isn't a mystery why this company is doing so well.

If Royal Enfield keeps these prices consistent and makes the shipping process a more seamless experience, it wouldn’t be a stretch to say that they can potentially be some considerable competition for brands like Harley, Indian, and triumph, especially when it comes to the millennial audience who’s actively seeking for bike prices this low.

Royal Enfield might just be a brand to watch out for, because of there’s one thing we love and appreciate, its competition. If you’re not interested in this bike, but it has peaked your interest on other bikes available within a brand you love, we’re the best place to sell a motorcycle, as well as being to find motorcycle for sale online.

What do you think of this bike? Shocked with the sticker price? Comment down below and let us know what you think of it!