Kawasaki: From Cursed to Victorious

Since the 1960s, Kawasaki has produced some of the most exceptionally engineered and easily recognizable sportbikes on the market.

Though many consider it a staple of their image, Kawasaki didn’t always sport its bright, neon green color. In fact, green motorcycles were long thought to be unlucky, and sometimes deadly, machines. It was Kawasaki's bold take-back of the cursed color that created their stand-out image, and it all started with a crazy idea and a little bit of luck. 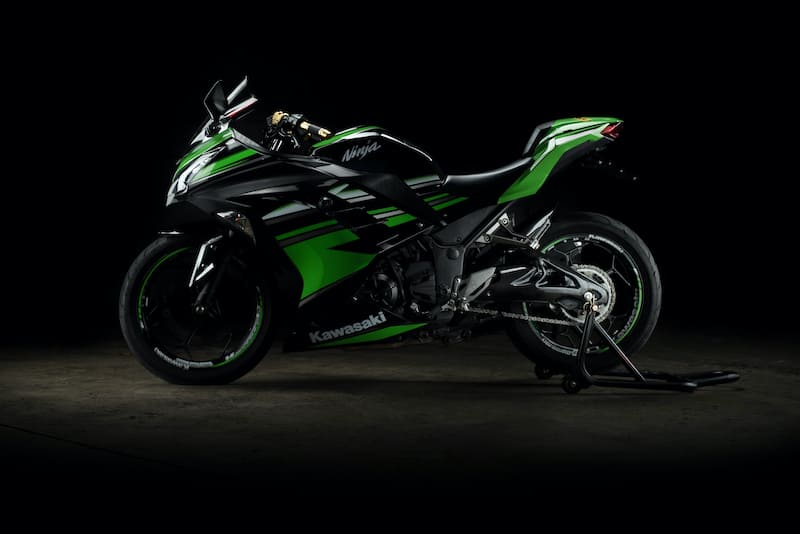 Don’t know how or where to sell a motorcycle online? RumbleOn can help.

Plug the search term “RumbleOn” into your web browser, and we’ll do the rest. From educating you on how to sell a motorcycle to picking up your ride for free, RumbleOn has you covered.

In 1968, Kawasaki had been creating motorcycles for over five years, but they were having a difficult time establishing their image. The A1 Samurai had just been released, and Kawasaki understood that they had a real chance at capturing the market with their bikes. But while their racing success was making waves on the track, their aesthetic tended to blend in with the drab, traditional colors of their competitors. The company needed to bring their name to the forefront of consumers' minds by doing something bold, something daring.

George Hamawaki, the President of Kawasaki, acknowledged that while the company was steadfast in creating a quality, industry-changing product, the brand needed to stand out among its competitors. Which is why he tasked Kawasaki’s National Sales Manager, Don Graves, with the mission of altering Kawasaki’s image into a recognizable masterpiece.

Graves’ proposed color change caused quite the hubbub. Originally, no one was on board, including Hamawaki. Green motorcycles had a stigma: they were deadly, and, considering that racers are some of the most superstitious of folks, the presence of a green Kawasaki motorcycle on the track would lead to an uproar.

But without great risk, you can’t expect a reward. Kawasaki wanted to stand out against the rest, and create an image that was as revolutionary as their technology. An uproar was exactly what they wanted.

You could say that Graves’ plan combined all the stigma of an unlucky color with the grit and determination of the brand. Add in just a dash of good luck and some determination on the track, and Kawasaki took that so-called “curse” and turned it on its head. Kawasaki embraced the image and combined such a jaw-dropping bout of tradition-breaking, their winning streak just added salt to the wounds of their competitors. It wasn’t long before the bold, bright, and formerly bad-luck color choice became an integral part of their image, and their victory.

As Kawasaki would say, they are a brand built on overcoming challenges. They strived for what was considered impossible, and wouldn’t accept “no” as an answer. And because Kawasaki isn't afraid of a challenge, they continue to be one of the top-performing and audacious motorcycle brands in the world.


Did the history of Kawasaki green make you want to go out and buy a Ninja or Vulcan? Well what are you waiting for?!

“I want to sell my motorcycle and buy a Kawasaki with the trade-in value!”

We have thousands of used motorcycles in our inventory, and we’ll gladly add your bike to our collection. Just submit your VIN on RumbleOn’s website using our secure VIN decoder, and a RumbleOn Cash Offer will be waiting in your inbox within 15 minutes. We make it safe, easy, and convenient to sell a motorcycle online because we value your time and business! Get a cash offer for your ride today, and let RumbleOn take you on your next great adventure.