Ode to the Kawasaki Vulcan 750: The Most Comfortable Cruiser

The story of the much-loved Kawasaki Vulcan 750

Every motorcycle brand tends to have their strength in style, and because of that, they tend to stay toward a specific sector. Just as Harley-Davidson is likely best known for its geared up and spacious cruisers, other brands excel in different areas.

The history of Kawasaki motorcycles is no exception to that, and it doesn’t take an industry specialist to recognize that Kawasaki has a strong suit in sporty bikes that pride themselves on speed. Kawasaki is an established brand that has proven their worth in multiple different areas of riding, and that can be seen by the Kawasaki motorcycle timeline. But one of the rides that are most loved by the brand isn’t the sporty bike you would expect. It's one of the best cruiser motorcycles that has consistently been a crowd favorite throughout the years.

The Kawasaki Vulcan is a well known ride, and a favorite addition to the timeline of Kawasaki motorcycles. But, sometimes people forget about where its roots are. Some riders find themselves asking “who makes Vulcan motorcycles?” assuming that the answer might be Triumph or even Honda. But Kawasaki aimed to shock motorcycle riders with this bike creation and were determined to prove that they could do more than just create the typical sporty rides expected of them. The Kawasaki Vulcan 750 engine was something that was highly favored during the time of its release, and it added an element of competition in the industry. And as previously and continuously stated, competition is what forced these beloved brands to work harder than ever before.

Why the Kawasaki Vulcan 750 has so much love behind it.

This was a risky move on Kawasaki’s part, because while they could be potentially increasing their chances of attracting more riders, they could also be losing some loyal fans that didn’t like the direction they took with this ride. But sometimes the risk is necessary, and in the Vulcan 750’s case, it ended up paying off in the end. It is now classified as one of the most beloved and most comfortable cruisers, and for a brand that was known more for their speedy rides, this was a big deal. 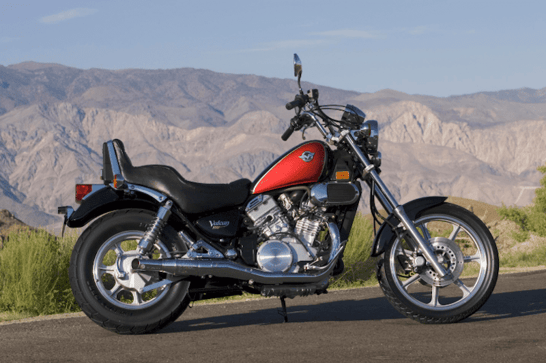 The Kawasaki timeline shows the beginnings and origination of the brand, along with a very specific look at where they wanted to focus their attention. But to compete in the industry, you have to show your versatility, and this was a bike that did that. Just one look at the bike will have you confused over the creator, but that feeling translates into being impressed. This is a bike that doesn’t look like it would come from Kawasaki. It’s sleek, it’s timeless looking, and it’s quickly become a classic that riders are familiar with. If you saw one of these rides on the road when it was first created in 1985 with its 699cc displacement (which would then become a 749cc) you would have assumed that it was a Honda or a Harley. But the joke was on you. 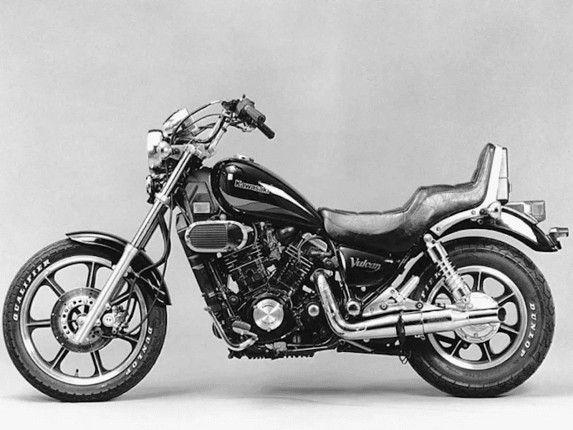 What makes this ride one of the best cruisers ever? First, settle down my Harley lovers, you guys claim plenty of spots on the list already. The first key to the love behind it-and the success it saw-is the look. It’s exactly what many riders had hoped a Kawasaki cruiser would look like. The design of the ride had a mind toward the future because even seeing one of these babies riding on the streets now still leaves an impression. Its looks got better with time, and that’s a hard thing to achieve. And one of the top considerations with a cruiser is its riding comfort, and if it can stand to manage longer-than-average rides. The Vulcan handles those considerations with ease, and its seat is one of the biggest focal points that’s the most recognizable.

And if its sales are any indication of standing the test of time, it’s killing it. It still sells today and is a crowd favorite. A winning point with this ride was it’s adaptability to varying levels of riders. Whether you were someone who had been riding for 25 years or someone who was looking for a first bike, this was a great pick for either. The ride is reliable and doesn’t come with insanely high maintenance cost, so the Vulcan motorcycle was a cruiser that you could count on.

It’s a consistently great ride, has a style that is an easy favorite by a majority of riders, and it comes from a brand that was completely unexpected at the time. While a Kawasaki Ninja motorcycle might be the most common bike you see on the roads from the brand, this is a ride that has proven its ability to stay a crowd favorite. It’s got character, it’s got style, and it stands out, all of which are things that riders are actively looking for. It’s an easy pick, and we don’t see the Vulcan 750 disappearing off the road any time soon.

Looking for a Kawasaki 750 motorcycle for sale? You can trade anything!

It's easy to get your motorcycle trade-in value, and you can trade anything for a Vulcan!