The World’s Most Dangerous Roads for Motorcycle Riders

When it comes to our motorcycles, we want to claim every one as our own. There are a seemingly infinite amount of roads through the nation and through the world that is worth the ride, and riders make it their priority to experience as much as they possibly can. We don’t want to leave a single road untested, and we want to know that our two tires have traveled on even the best of the best roads. They’re scattered all across the nation, and they’re often seen as stepping stones and bucket list items that have to happen when your ride.

And while those roads are beautiful, scenic, challenging to ride, or just an experience in itself, they make the list of best roads to ride. But not all roads are created equal, and while riders tend to want to venture through  most uncharted territory, there are some roads that should never be on your list. They’re the routes that take away biker lives, and the ones that should always start with a sign that says, ‘’What the hell are you thinking? Turn around; you’re not riding this!”

Here are the most dangerous roads for motorcycle riders, and why you should avoid them at all costs. There’re a few thrown in here from around the world, too, because you’re not going to believe what some other riders have to put up with.

If the fellow riders in the area have classified this road as “Highway of Death”, I’m pretty sure that doesn’t leave anything to the imagination. According to a Los Angeles Times report in 2000, just during a small span of five years, the road took the lives of 56 people and injured just over 875. I don’t even want to imagine how that total has increased because it’s not a very pretty thought to think about. This road is dangerous not just because of the traffic congestion, but also because of its steep points and twisting turns. So, maybe find an alternative route. 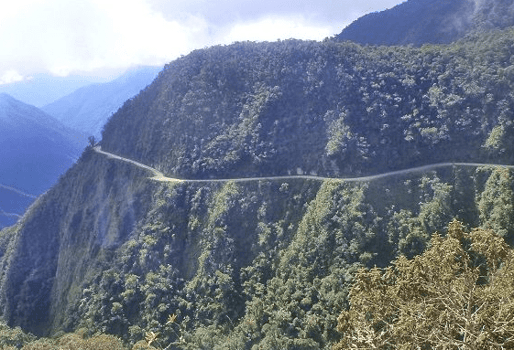 Well, if you weren’t afraid of heights, you sure as heck are now. Just one look at these pictures makes me hope that the road doesn’t see a lot of traffic. It looks like a roller-coaster ride, except, you know, without all the life-saving guard rails and safety features. This takes “living life on the edge” to a whole other level, and it’s a level that I and others have no desire to be on. Do you want to live life on the edge? When you put your pants on tomorrow morning, start with the leg you normally put in last. There you go, that’s all the excitement you need. In conclusion, just stay away from this road. 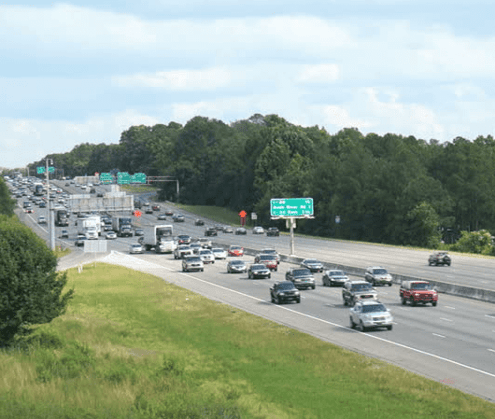 When I think of South Carolina, I think of all the beautiful scenic views. But when some riders think of the area, their mind jumps to this short section of road that claims the most lives of any road in the state. Some of the most common occurrences on this road? Running into trees. And stop right there, I know what you’re thinking: “Well, I just won’t run into a tree. I'm a safe rider. Problem solved!” That’s a genius idea, George, except for the fact that most accidents involving trees aren’t going to be your fault. So many bikers are run off this road by other cars in sections where there’s few guardrail protection, and it’s usually not their fault. If you want to put a whole lot of faith in Grandma Eleanor who still has her license even though she can’t see properly driving down this road with you, be my guest. 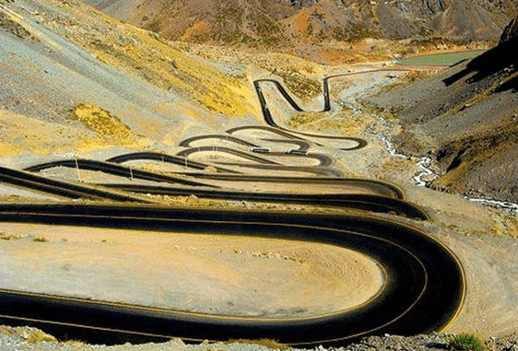 But...why? Whose idea was this? What industrial engineer decided this was a good idea, and better yet, do they still have a job after all the accidents here? It’s these kinds of questions that leave me awake at night along with the internal debate of whether I accidentally left the stove on. This road is an accident waiting to happen because if one vehicle doesn’t make a turn sharply enough, they’ll end up free-fallin' like Tom Petty onto the traffic below them. This road looks like an angry kindergartner designed it, and it’s my rule of thumb to not ride roads that look like they were created by 5-year-olds. 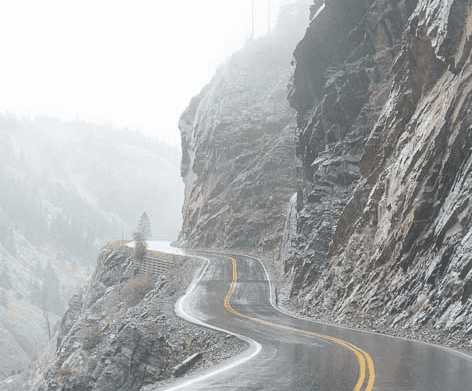 You know that whole “free-fallin' thing I was just talking about? Yeah, that applies here, too. Maybe not as drastically, but it still stands. This is a 25-mile stretch that connects Ouray and Silverton, CO, and it reaches almost 11,000 feet above sea level. In other words, that means that it passes through the San Juan Mountains and doesn’t have any guardrails to, you know, protect lives. What’s worse is that this road becomes significantly more dangerous when it snows, because there are these things called “avalanches,” and unlike a beautiful snow dog rescue story, an avalanche usually doesn’t end well. 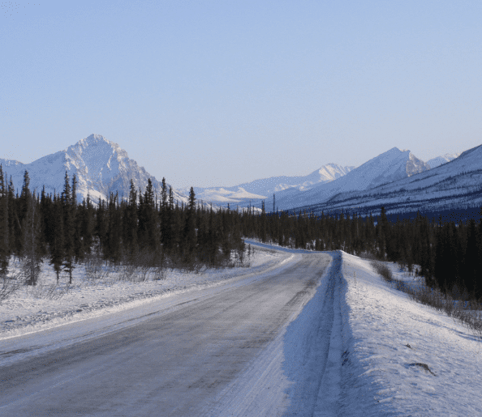 Have you been to Alaska? It’s beautiful! The scenic views are like something you’ll never experience. You know what you should actually NOT experience? This Alaska road. It runs from Fairbanks to the North Slope of Alaska, and it helps trucks supply gas and oil businesses. But you want to know the actual dangerous side of this road? Sure, it has twists and turns around steep mountains with, yet again, FREE FALLLINNN’ as an option if you don’t turn correctly, but it’s really the cold that will do you in. Its lowest temperature on record? Minus 80 degrees. Any place that can give you frostbite in 2 minutes is not a place worth being in. 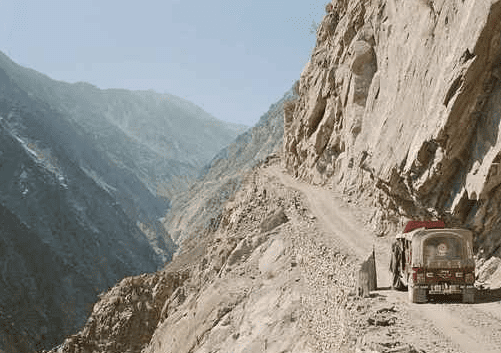 A picture is worth a thousand words. So just….no. Just don’t. Enough said.

Don’t worry, there’s plenty of roads for you to still enjoy without risking your life at the magnitude that these rides will demand, so there’s no need to be sad. Just take a look at some photos, and let that fantastic feeling humans have that is known as “instinct” kick in so that you don’t even attempt any of these options.

As always, ride on and ride safe!