How to Stay Cool During Summer Rally Season

It’s rally time, and while it’s the time of year that riders anticipate everywhere, there is one component that doesn’t thrill anyone. It’s the sun. And while the Beatles song Here Comes the Sun makes it appear so dandy, anyone that attends a summer or spring rally will be the first to tell you that the sun is not your friend.In the fall, it’s wonderful! In the spring, it’s a great indication that things are going to start warming up. But in the summer, it brings back memories of you sweating bullets as a kid, running through a sprinkler because you didn’t have a pool, and sleep refusing to come because it’s just too damn  hot!

As you can tell, the sun and I aren’t the best of friends. I appreciate its existence during most times of the year, but once summer comes, he’s the guy I find myself questioning his invitation. He’s the guy that demands attention, weighs everyone in the group down, and won’t take a break. In all seriousness, when rally season is here, and the sun is blazing down on everyone, you have to be careful. You can’t be unprepared, because it can be the difference between enjoying the rally, or sitting on the side with your head between your legs.

Heat exhaustion is a real thing that people have to take seriously because, frankly, it’s not a fun time. It will ruin the whole day, and will usually move on into the next day, too. So do yourself a favor and be prepared for all the issues the sun is going to throw your way. Here’s your survival guide:

Beer is your friend, but also your enemy:

Beer is great, especially during an event! I love beer, you love beer, we all love beer. But when the heat is extreme, and the sun is beating down on you, beer is not your friend anymore. Beer and the sun have a secret relationship behind your back, and they’re plotting to take you down. Hard. Okay, yes, I’m getting paranoid. But you need to treat beer a whole lot differently when the temperature is at sweltering level.

While this isn’t the fun answer and might seem very elementary, it’s the truth. Every beer you drink needs to be followed up with at least half a bottle of water. Dehydration is the quickest and most sure-fire way to ruin an event, and while beer might taste great, it’s not what your body needs during that time. Just stay mindful of how much beer or liquor you’ve had, and how little water you’ve had. Trust me; you’ll thank me later when you don’t pass out in the street. 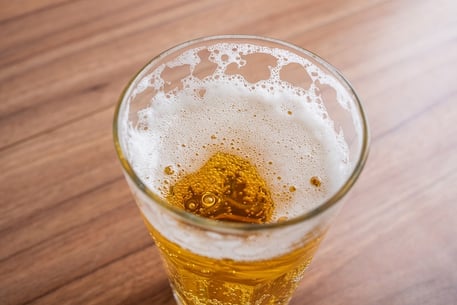 Believe it or not, the internet is a great resource to find a hat you don’t mind wearing. And while some people don’t like hats because they don’t feel like they can pull them off, this is a time to throw that self-consciousness out the window.

Wearing a hat, whether it’s a cowboy hat or baseball cap, will offer your face protection from the sun. This means that it will prevent more rays from hitting your face, protect your eyes a bit more, and keep your face a little cooler. That doesn’t mean you shouldn’t still find a good pair of sunglasses and sport some sunscreen, it will just add some additional coverage that you’re going to need.

Speaking of sunscreen, save yourself some future pain:

I don’t understand why people won’t put on sunscreen. It will take 30 seconds of your time and will protect your skin from being severely painful to the touch. Not only that, but skin cancer is an actual thing that you need to worry about. Really. It’s a monster. So, find some cheap sunscreen that’s at least SPF 25, and apply it to your face, neck, chest, and arms. 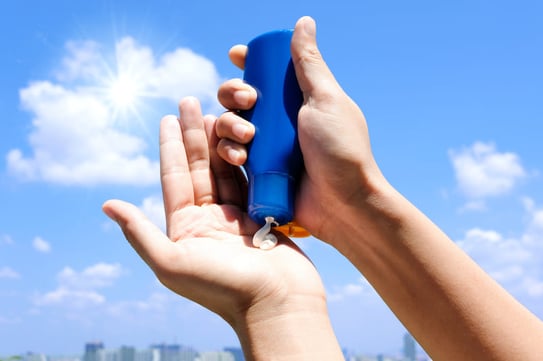 It’s not enough to just put it on in the morning, though. Unless you get sweat resistant sunscreen, which is always a great choice, you’re going to want to apply it again later on in the day. There are tons of brands to choose from that won’t leave your skin greasy or oily, and if you’re worried about it causing a rash on your skin, there’s sunscreen out there for those with a sensitive face. Trust me; this isn’t just a consideration. Sure, maybe the water is preventing you from passing out in the street, but you walking around and looking like a crab isn’t just visually awful. It’s painful. So let that be the driving force behind this decision!

I know, this doesn’t seem right. You’re probably doing a double take on this article and wondering if I’ve lost my marbles. I know it sounds like the opposite of what you should do, but I promise that this decision is based on facts. Why do you think people in the deserts of Egypt tend to wear light colored, longer clothes that cover up their body?

Studies actually prove that wearing a lightweight, light-colored, long sleeved shirt can keep you cooler than a sleeveless alternative. It’s because the thin material acts as a barrier between your skin and the rays of the sun. You don’t just feel hot because of the temperature outside; you also feel hot because of the feeling of the sun on your skin. So when you can eliminate one of those considerations, you’ll notice that you stay surprisingly cooler.

These things are awesome, especially during this time of the year. While I’m sure you have a favorite leathers that might even represent a motorcycle club you’re a part of, this might not be the best time of year to be wearing them. But you still want some protection, and that’s why purchasing a cooling vest is a good idea.

These vests usually come equipped with mesh panels that help to keep you cool, and if you are sweating a lot, it’s able to hold up better than leathers. It’s much more lightweight, too, so that’s a win. And you can still represent your MC, especially if you have colors. You can sew them onto one of the chest sides of your jacket! You might be thinking,”‘I don’t know how to sew!” Well, I’m here to help….with some other resources, because I sure as hell don’t know how to sew, either.

It’s a funny name, but an awesome idea, especially when it comes to staying hydrated. If you’re walking around with a beer in each hand, how can anyone possibly expect you to drink water? You’re out of hands! Well, your excuses are on deaf ears, my friend, because this is exactly what a Camelback is for.

You can find these in some stores, but you’re better off finding a better selection of them on sites like Amazon. These are essentially water backpacks, and they give you the ability to drink water without any use of your hands. And when you’re prioritizing beer holding for your hand use, this is a great option.

The theme of this is to be smart and mindful. If you’re feeling light-headed, put the beer down, grab a seat, and start drinking some water. If the sun is beginning to exhaust you too much, know when you’ve reached your breaking point, and it’s time to call it a day. While these summer rallies are meant to be a fun time, remember that the high temperature and sun can quickly ruin the day for you. Don’t let the sun take you down, and enjoy!