In the early days of motorcycling, cruiser motorcycles were essentially the only option available for people in search of transportation with two wheels and an engine. Along the way, manufacturers tweaked frame, engine, and suspension designs to the point that we now have an array of motorcycle classes all specializing in their own unique riding styles and presentations. The cruiser segment has long been known to comprise big, powerful motorcycles equally suited for weekend jaunts or long-distance journeys.

In the most recent decade, cruisers have experienced a resurgence in popularity. Manufacturers have taken notice and are more eager than ever to make their offerings the best in class. So, what is the best cruiser motorcycle? That question is best answered with a list rather than one clear winner. Read on to learn our top five cruiser motorcycles picks for 2020. 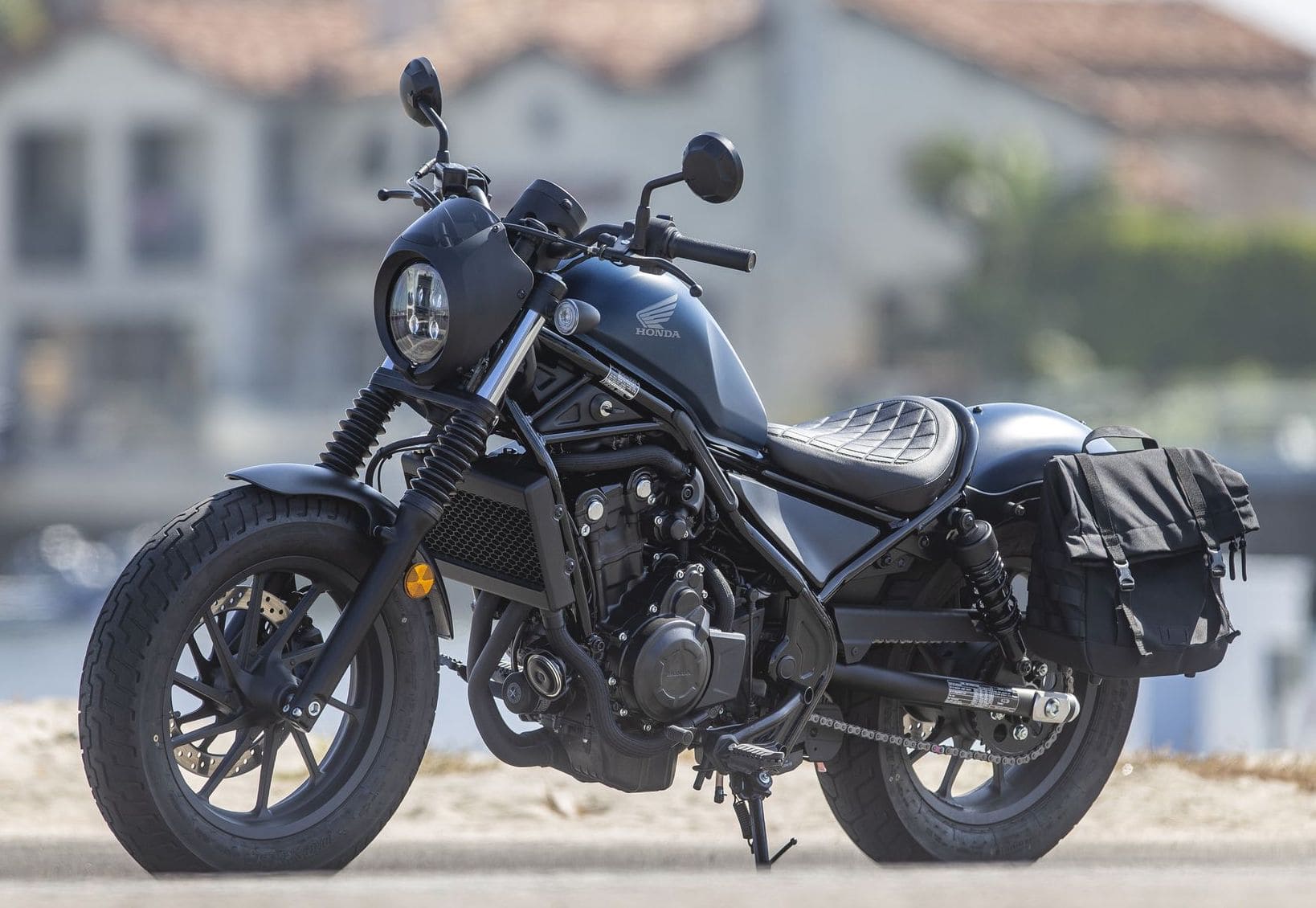 Since 1985, many new riders have started their motorcycling careers in the saddle of a Honda Rebel. However, the latest edition is a far cry from the Rebel of yesteryear. Beginner and women riders still appreciate the low seat height and seat position, lightweight design, and user-friendly powerband. However, the 2020 Honda Rebel 500 brings technology to the forefront with modern styling, LED lighting, a slipper clutch, and revamped suspension.

The Rebel lineage finally lives up to its name by encouraging riders to rebel against substandard entry-level motorcycles. In fact, the Honda Rebel 500 is so well designed that it will entice prospective riders from other segments to join the cruiser club with it's small, but mighty 471cc liquid-cooled engine. The Honda Rebel 500 is the cruiser motorcycle that will take you from amateur to expert rider in a hurry while making the justification to upgrade to another bike a tough decision indeed.

If it’s the classic cruiser appeal you’re seeking, then look no further than the BMW R 18. With sleek lines and the right balance between a rich, black paint scheme and chrome accents, the R 18 not-so-subtly harkens back to BMW’s R 5 of the 1930s. The R 18 mates BMW’s largest-ever boxer engine (1,802 cc) to a chrome-plated shaft drive for smooth delivery of the 91 horsepower and 116 foot-pounds of torque. The only added bits of refinement are a couple hand-laid pinstripes and a monoshock neatly tucked beneath the seat.

Otherwise, the R 18 trims away the unnecessary gadgetry to promote a pure, soulful riding experience on this power cruiser. Even with BMW serving as a perennial proponent for advancement, it’s no surprise the German thought leader was the one to remind us luxury often lies in simplicity. BMW recognizes the only things that matter in motorcycling are the heart of the machine and the heart of the rider. The R 18 is an appreciably simple cruiser that transports riders to a bygone era when the only things that mattered were a good-looking bike and the open road. 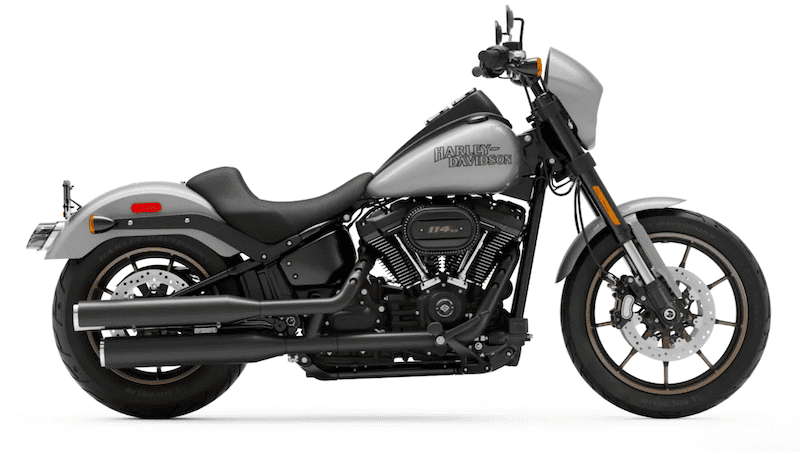 However, HD departed from their traditional cruiser recipe it once relied upon by devising its own sport cruiser motorcycle in the Low Rider® S. The Low Rider® S emphasizes improved response and handling through its inverted front forks, adjustable rear monoshock, motocross-style handlebar, and dual front disc brakes. The matte bronze wheels complete the sporty presentation. Is it a track bike? No, but it is a Low Rider® S, and that’s darn close. 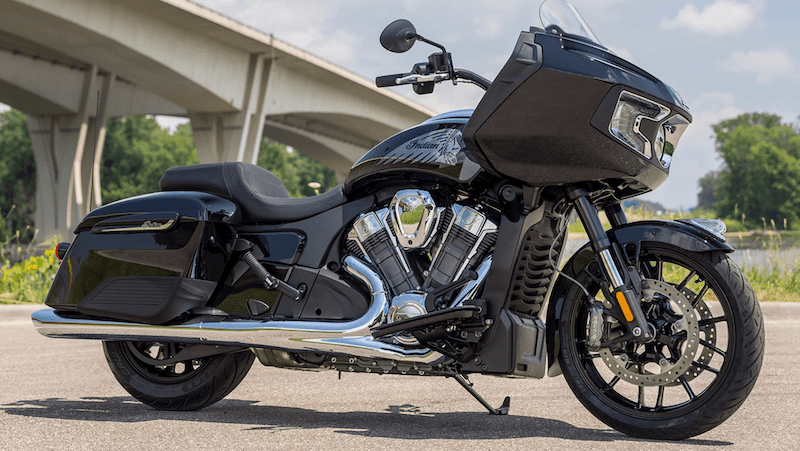 Of course, Indian Motorcycle refuses to be outdone by Harley-Davidson. Nevertheless, Indian chose to focus its efforts in a different direction within the cruiser motorcycle segment. Rather than trimming down its footprint with a sport cruiser, like the classic Indian Scout, the 2020 Indian Motorcycle Challenger elected to make a statement as a performance bagger.

Three ride modes guide the class-leading 122 horsepower and 128 foot-pounds of torque. The inverted front suspension, twin Brembo® front disc brakes, hydraulically adjustable rear shock, and lightweight cast aluminum frame cradle the rider with high-end performance components. Keyless ignition, remote-locking saddlebags, a navigation screen, and a high-output stereo round out the package. Frankly, it’s hard to not sound like a commercial script. The Challenger perfectly blends the best qualities of cruisers, touring bikes, and high-performance street bikes into a stylish performance bagger we can all appreciate. 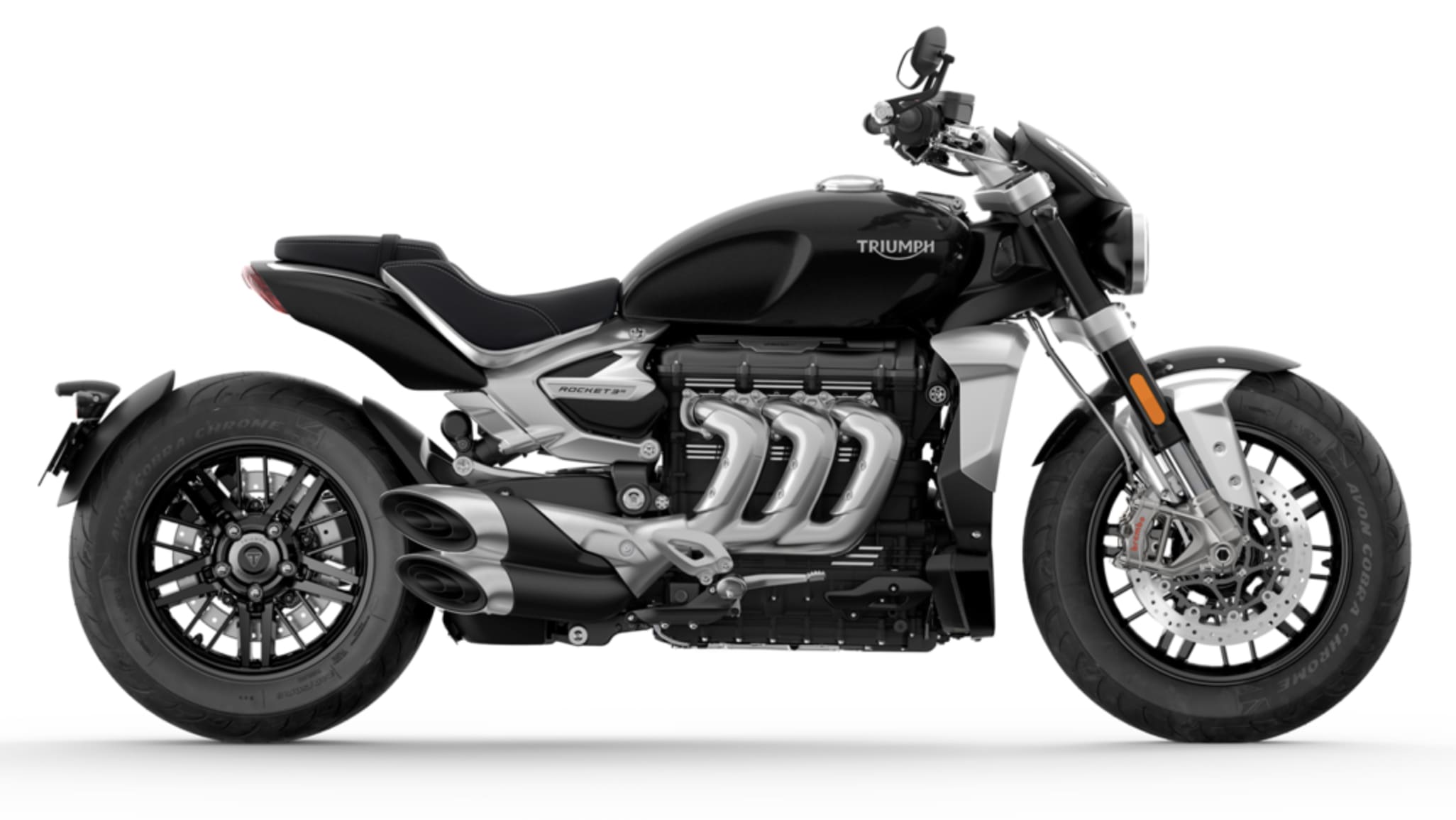 If it’s performance you want, then it’s performance you’ll get, so says Triumph. What it means to be a sport cruiser motorcycle was redefined with the release of the Triumph Rocket 3. In fact, Triumph considers it a complete departure as they see their latest cruiser to instead be a muscle roadster. We’re inclined to agree considering the spectacle that is the Rocket 3 lineup. We say lineup because there are two iterations – the R and GS.

Both Rocket 3 cruisers sport the largest production motorcycle engine in the world with 2,500 cc’s that pump up out a mind-bending 165 horsepower and 163 foot-pounds of torque. Perhaps most astonishingly, the Rocket 3 doesn’t appear strained while packing such a massive power plant. In fact, both the R and GT have the requisite aesthetics to properly complement what truly is a muscle roadster motorcycle.

As showcased in the list above, the cruiser has taken a major leap into the 21st century. No longer are the days of crude handling, jackhammer suspensions, and 2x4’s for saddles – cruisin’ for a bruisin’ is now reserved for the history books. Manufacturers recognize a large segment of the motorcycling population still wants to ride cruisers, so they’re answering the call with a new level of refinement, luxury, and performance.

Modern technologies and mechanical updates bring the cruiser motorcycle segment back to the forefront of motorcycling with improved comfort, advanced fueling and power delivery, smooth maneuverability, and a renewed emphasis on aesthetics. No longer the crude castaways of the motorcycling world, 2020’s cruiser motorcycles are truly competitive and deserving of buyers’ purchasing power. You would do well to consider one.

Did we miss any of your favorites? Tell us in the comments section below why you think your favorite bike should have made our list of top 5 best cruiser motorcycles in 2020.