Record-setter: The Most Expensive Motorcycle Ever to Be Sold at Auction

The World's Most Expensive Motorcycle to Ever Sell at Auction

To add to a string of titles, the rare, British-made, original condition, Australian speed record-setting, 1951 Vincent 998cc Black Lightning motorcycle is now the most valuable motorcycle ever sold at auction. The Vincent motorcycle has only had five owners since 1951. The prized bike sold for $929,000 at the Bonhams auction in Las Vegas.

It may seem like a steep price for an antique motorcycle, but the Black Lightning has notoriety in the racing world that labeled it as one of the rarest and most sought-after bikes in the world.

At Gunnedah N.S.W on January 19, 1953, the Black Lightning set the Australian land speed record with its fastest career run in the quarter mile at 141.509 mph. Racer Jack Ehret beat the previous record held by Les Wharton who also rode a similar Black Lightning. In its 50-year racing career, the Black Lightning Vincent motorbike had accumulated 5,000 miles of pure racing until its retirement in 1993. 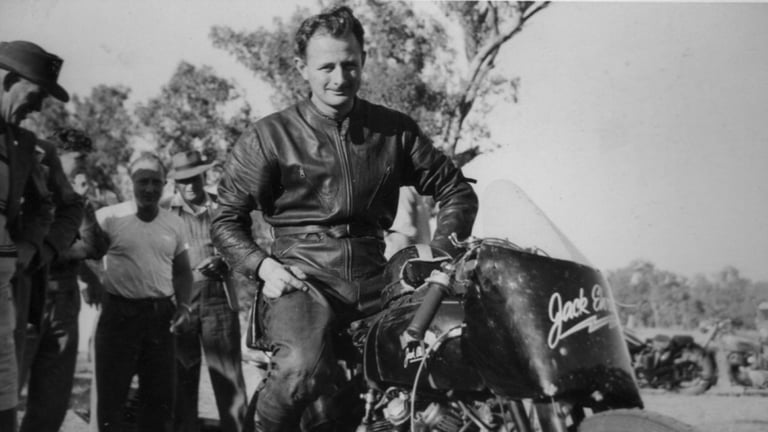 The certificate awarded to Jack Ehret after setting the speed record on the Black Lightning in 1953. It reads, “Jack Ehret on 19th January 1953, in the vicinity of Gunnedah, N.S.W., recorded 141.50 mph for a two way flying start over one-quarter mile riding 99cc. Vincent H.R.D. an Australian record for Class E solo motorcycles up to 1000cc.” 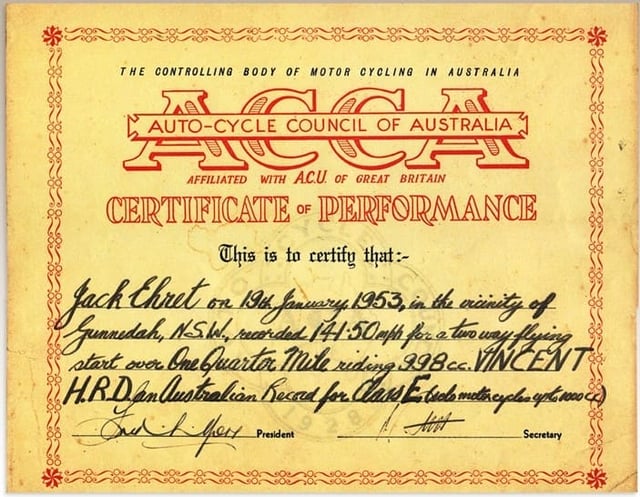 The model sold at auction in late January is the one-and-only Ehret record-setter, one of just approximately 30 models ever built by the Stevenage, England factory. When it was built, the untested bike was put against another well-known racing Vincent motorbike nicknamed “Gunga Din.” The two bikes squared off at an airfield stretch, where the Black Lightning blew ahead of the competition by more than 30 yards. Factory records later show that the Lightning reached speeds more than 130 mph in third gear. 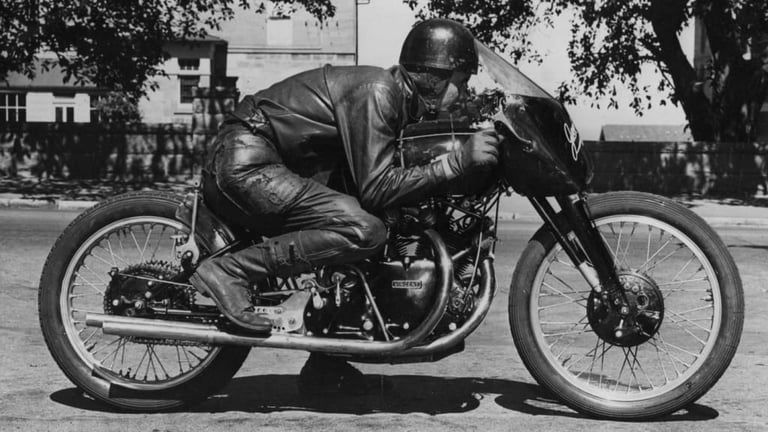 The Black Lightning would go on to claim victories in numerous races throughout Australia under Ehret’s ownership and became world-renowned for its racing titles. The Black Lightning’s predecessor, the Vincent Black Shadow, was capable of 125 mph with an engine that produced 54 bhp at 5700 rpm. The Shadow was, at the time, a champion over the world’s fastest production sports car the Jaguar XK120 two-seater. While the Black Lightning was similar to the Shadow, the Lightning was, for lack of a better term, the stripped-down and race-optimized younger brother. Every necessary steel piece on the Lightning was replaced with aluminum parts, and all unnecessary parts were removed to reduce the weight of the Lightning from 458 pounds to 380 pounds.

Today, the Black Lightning is perhaps the most coveted production motorcycle ever built and was auctioned in its original running condition. It had been in Jack Ehret’s ownership for nearly 50 years before it was recommissioned by Patrick Godet who specializes in Vincent and Elgi-Vincent maintenance and complete restoration of the road machines.

Want to read more stories about historical and rare motorcycles? Check out The Mystery of the Rarest Motorcycle in the World, and the History of Harley Motorcycles in WWII.