Motorcycle Lane-Splitting: Is it legal?

In 2017, California updated its lane-splitting laws, making it legal for motorcyclists who live within its borders. Learn where else it’s legal today.

It shouldn’t come as a surprise to those of you who have been following our blog for long enough, that all three of us—myself, Logan, and the Road Captain—are huge proponents of motorcycle safety. However… there’s one thing in particular that we consistently disagree on, and that is the legality of lane-splitting. 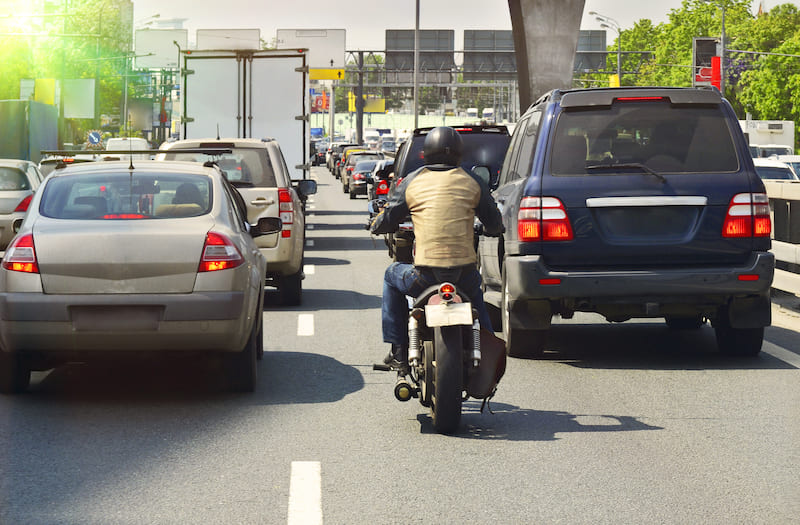 Sell a motorcycle online for free!

Itching to sell your motorcycle, but not sure where to start? RumbleOn guarantees cash offers in under 15 minutes. We’ll even pick up your ride for free!

Divisive as it can be, lane-splitting deserves considerable attention for the supposed threats it poses to rider safety. Currently, there is only one state in the U.S. where lane-splitting is officially legal.

Tap the Infographic to Zoom 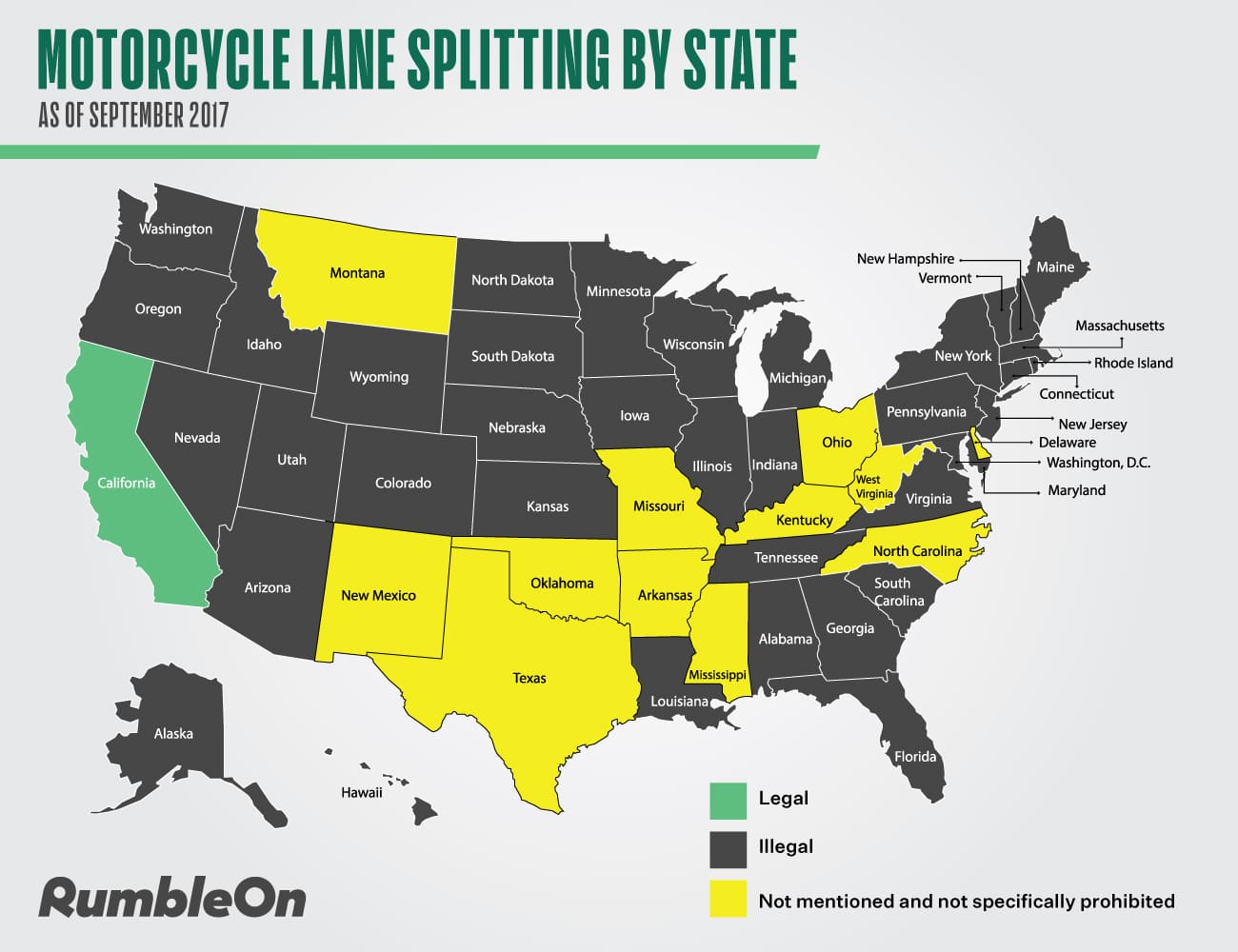 By definition, lane-splitting is the practice of motorcyclists “passing other vehicles traveling in the same direction by sharing their lane,” according to Berkeley News, who, in the same article, supports making this practice legal across the country, not just in California.

While the philosophical argument for the decriminalization of lane-splitting is a compelling one, I think the statistics associated with this riding practice deserve mention.

For one, idrivesafely.com reports that while 16 percent of motorcycle accidents are the result of riders “surreptitiously passing cars between lanes,” a study conducted by the University of California – Berkeley claims that a motorcyclist is “less likely to suffer from a physical injury than motorcycles that stay put in lanes.”

By the same token, researchers who participated in the UC Berkeley study also maintain that lane-splitting poses little threat to rider safety if they’re traveling at speeds that do not exceed the speed of other vehicles by more than 15 mph. “Above a 15-mile-per-hour speed differential, the risk of injury [rises] significantly,” said study lead author Thomas Rice, epidemiologist at SafeTREC.

Despite these seemingly favorable stats, however, this is when I start deviating from the pack. While Logan and the Road Captain are steadfast in their belief that lane-splitting is ultimately harmless if done cautiously, I don’t trust the other motorists around me enough to take the risk. Who’s to say that if I slow down when filtering (as the Europeans fondly refer to it) that the surrounding vehicles will be vigilant enough to detect my presence? And will I have the time and mental wherewithal to reduce my speed enough to avoid any incident?

I just don’t think so.

Are there benefits of motorcycle lane-splitting?

In the spirit of playing devil’s advocate, I decided to look into the matter a bit more, and found that in the same article written by idrivesafely®, three benefits were attributed to lane-splitting:

Despite my qualms about the practice, I have to admit, these points are pretty strong.

So, where is lane-splitting legal?

To ensure all your bases are covered and you don’t end up with a hefty fine, check out this infographic for a list of states that allow motorcycle lane-splitting and/or where the practice is neither mentioned nor explicitly outlawed:

While you won’t see me filtering in prime-time traffic, I do recognize that, if done safely and according to the recommendations set forth by Mr. Rice, lane-splitting can do us all a little good on the road. Still, I don’t think I’ll be changing my stance anytime soon.

Do you think motorcycle lane-splitting should be legalized in all states? Let me know in a comment!

Sell a motorcycle online for free to RumbleOn. We’ll even handle the paperwork!

The hassle of selling a motorcycle is sometimes enough to keep you from selling altogether. Hear me out, though, because I have a solution: RumbleOn will help you sell a motorcycle online fast, and you’ll never have to worry about filtering between dealerships or being scammed by dishonest private parties. I’ll admit, deciding to sell my motorcycle was an emotional rollercoaster, but I’m so glad I chose to sell it to RumbleOn in the end! I had my best cash offer in less than 15 minutes. Not to mention they put together all the paperwork and picked up my ride for free!